Then Appeals Court Judge, who also doubles as the Paramount Chief of the Nyagbo Traditional Area Clemence Jackson Honyenuga, during the heat of the just ended 2020 elections, at a durbar in honour of H. E Nana Addo, had reportedly said that: “with the vision of the President and the gains made in his first term, Ghanaians may consider giving him another four years.”

He would soon later, receive Supreme Court Justice nomination from H. E Nana Addo, attracting massive backlash from many NDC sympathizers, who felt he had condoned an illegality. Fast forward to his appearing before Parliament’s Appointments Committee on, Monday, May 11, 2020, Justice Honyenuga explained that the remarks were not necessarily to endorse the president but to wish him well.

“In reading that statement, we didn’t intend endorsing the president. Our understanding was that we were wishing him well…If out of political dissatisfaction some people are unhappy with whatever I am supposed to have said then I am sorry,” he had said.

Clemence Jackson Honyenuga would then go on and offer an apology eventually, for endorsing President Nana Addo Dankwa Akufo-Addo ahead of the then 2020 general elections, and would be sworn in, as a Supreme Court Judge by H. E Nana Addo. 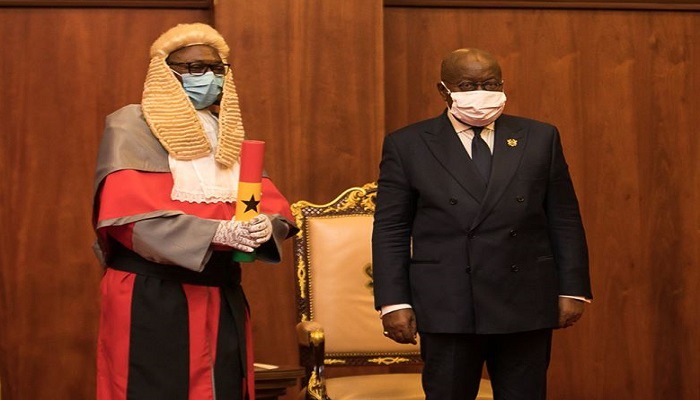 Fast forward to today, the Supreme Court has, in a majority decision, stopped Justice Clemence Honyenuga from continuing with the trial in which Dr Stephen Opuni and two others are standing trial at the High Court, after in a court sitting, Justice Honyenuga held that the prosecution had established a prima facie case against Dr Opuni, businessman Seidu Agongo and his Agricult Ghana Limited, when same, was not the case.

Dr Opuni had come to the Supreme Court earlier in a failed attempt to plead for the removal of Justice Honyenuga from his case. but his suit was dismissed for lacking merit and not supported by any fact. 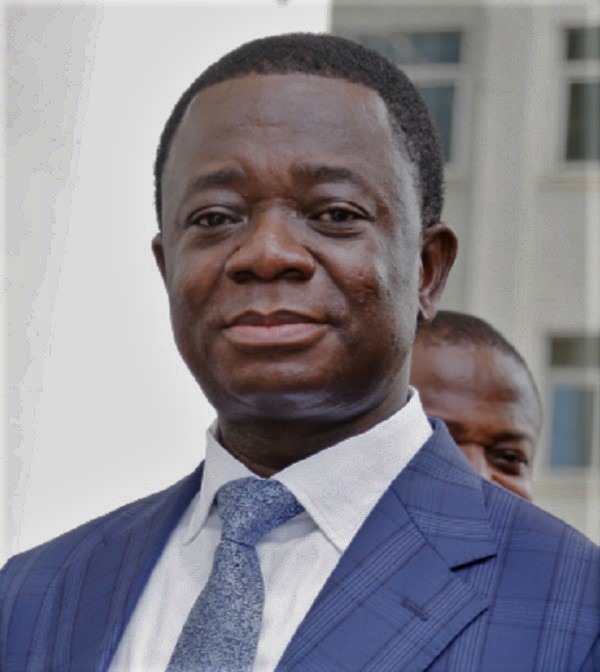 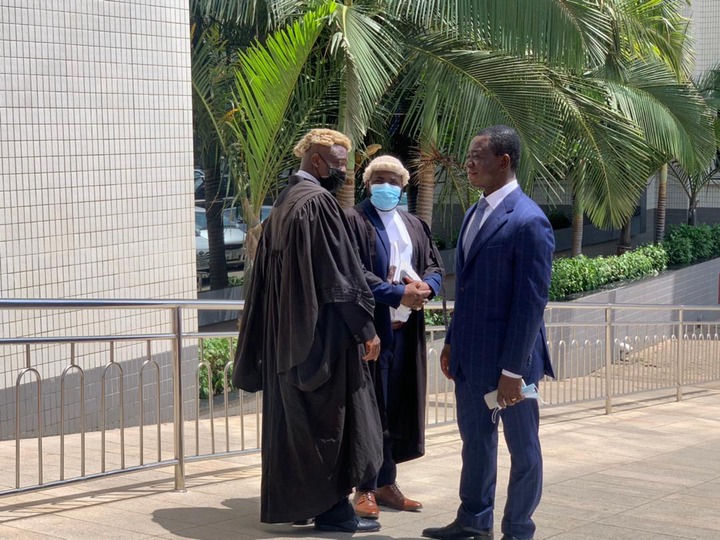 This victory, occasioned by the five-member panel of the apex court in a three-two majority ruling that, Justice Honyenuga is prohibited from continuing with the trial of the former Ghana Cocoa Board (COCOBOD) CEO, is therefore coming on the back of a renewed attempt led by the Lawyers for Dr Opuni.

In the case against the NDC's Dr Opuni and two others, which has began a new trial, after the first was struck out, they have still pleaded not guilty to charges, including causing financial loss to the state in a lithovite fertilizer issues. 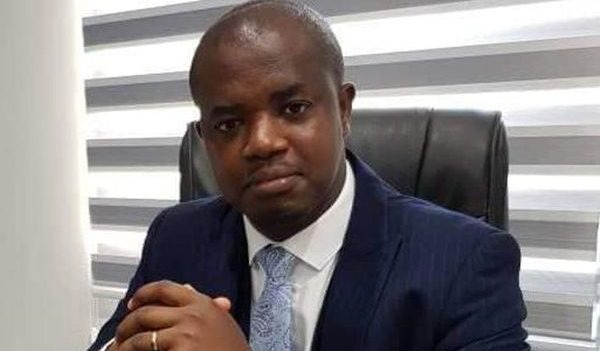 The fast rising and young lawyer of the NDC Edudzi Kudzo Tameklo, has since shared the verdict on his Facebook page, attracting these comments: 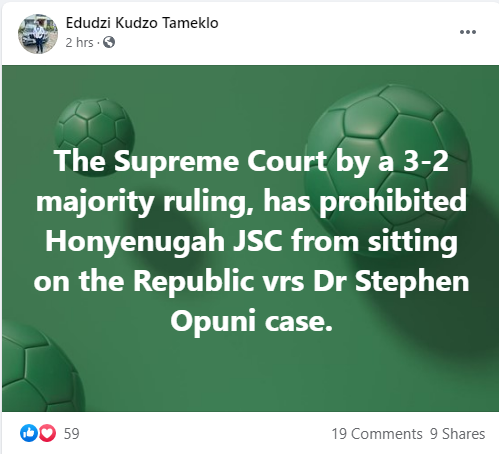