By Angela_Mensah (self media writer) | 2 years ago

A head of state is the chief public representative of a country, such as a president or monarch, who may also be the head of government. The history of Ghana indicate that from 1957 to 1960, the head of state under the Constitution of 1957 was the Queen of Ghana, Elizabeth II, who was also the Monarch of the United Kingdom and the other Commonwealth realms.

All these heads of state in the history of Ghana played a significant role during their regime. But one thing you probably don't know that I want to shed light on is four of the heads of state who all died in one month.

As my title of this article goes, let's see the four Ghanaian heads of state who all died in one month. 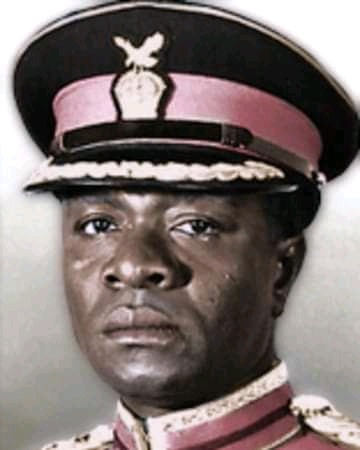 He was born in 23 September, 1931 to Catholic parents of Ashanti origin. Ignatius Kutu Acheampong attended the Roman Catholic school at Trabuom and the St Peter's school at Kumasi. He attended the then Central College of Commerce at Agona Swedru in the Central Region of Ghana. He was commissioned in the Ghana Army in 1959. He was married to Faustina Acheampong.

Kutu Acheampong led a bloodless coup d'etat to overthrow the democratically elected government of the Progress Party and its leader Dr. Kofi Busia on January 13, 1972. He became head of state and chairman of the National Redemption Council (NRC).

On 6 June, 1979, Ignatius Kutu Acheampong was court martialed and executed along with General Edward Kwaku Utuka by firing squad. He died on 16 June 1979 at the aged of 47.

See his photos below. 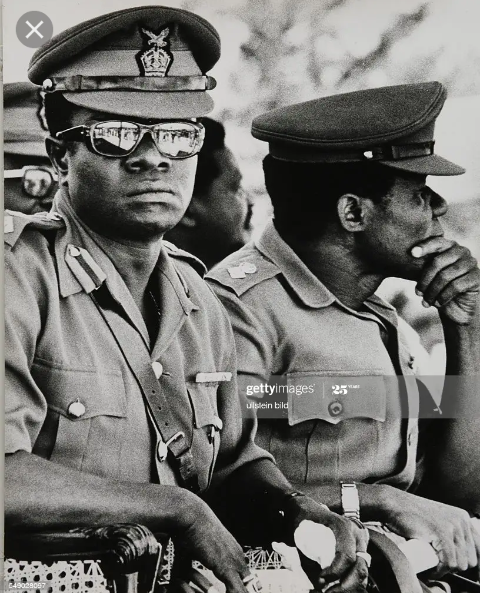 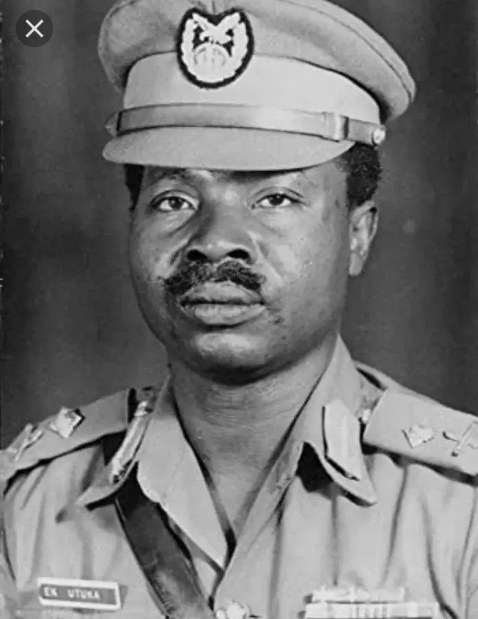 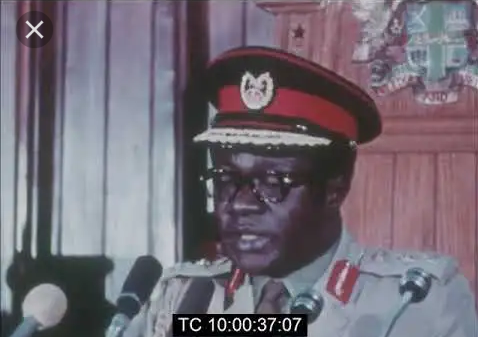 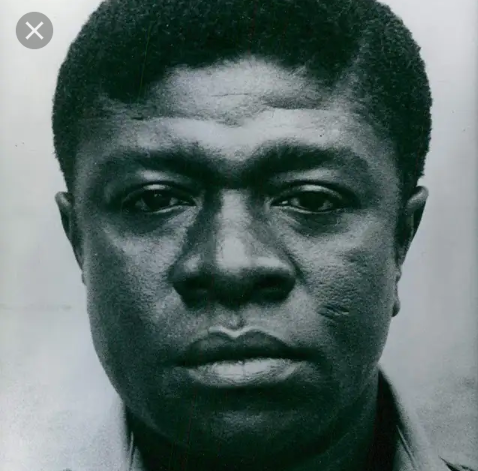 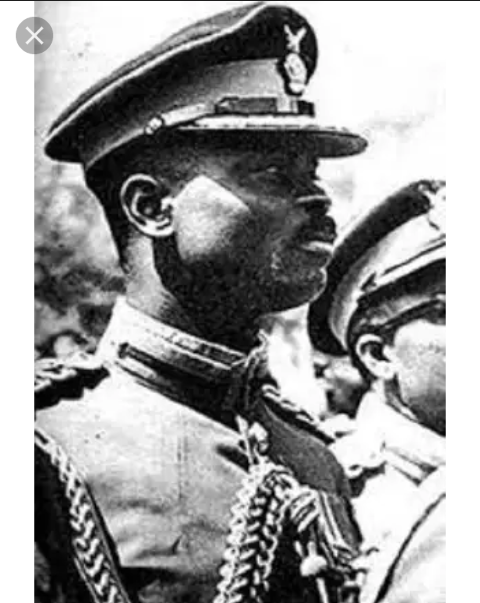 Lieutenant General Akwasi Amankwaa Afrifa was the head of state of Ghana and leader of the military government in 1969 and then Chairman of the Presidential Commission between 1969 and 1970. He was the third head of state of Ghana from 2 April, 1969 to 7 August, 1970. He was preceded by Joseph Arthur Ankrah and succeeded by Nii Amaa Ollennu. He was a Ghanaian soldier, farmer, traditional ruler and politician.

Lieutenant General Akwasi Amankwaa Afrifa was born on 24 April, 1936 in Mampong-Ashanti. He joined the Ghana Army in 1957 and was sent to the Regular Officer's Special Training School. From there, he attended the Mons Officer Cadet School, Aldershot, England in 1958.[1] He then completed officer training at the Royal Military Academy, Sandhurst, England. In 1961, he was at the School of Infantry, Hythe, United Kingdom.

Akwasi Amankwaa Afrifa was the son of Opanin Kwaku Amankwa and Ama Serwaa Amaniampong, both from Krobo, near Mampong, in the Ashanti Region. He was married to Christine Afrifa, with whom he had nine children.

In 1960, Afrifa was commissioned as second lieutenant in the Ghana Armed Forces. From 1962 up to 1964, he was a General Staff Officer in the army. He next attended the Defence College, at Teshie in Accra. Afrifa was one of the officers who served in the Ghana contingent of the United Nations Operation in the Congo.

See his photos below. 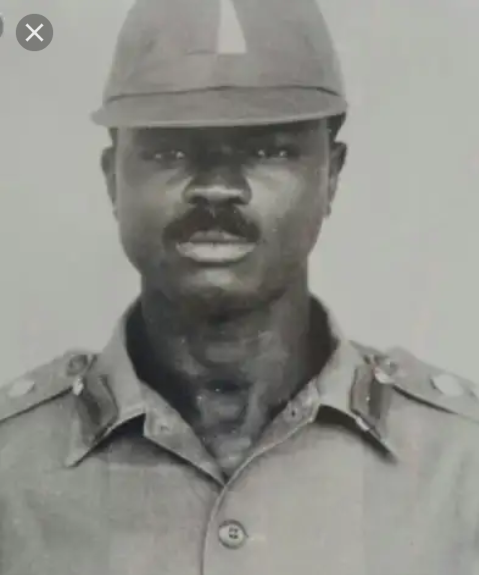 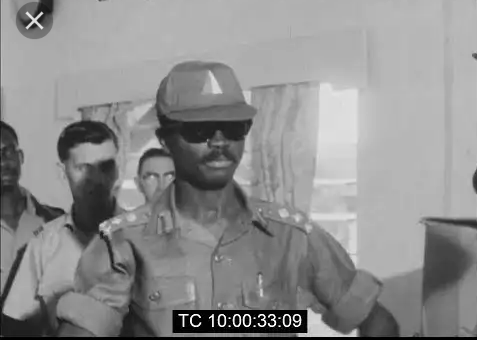 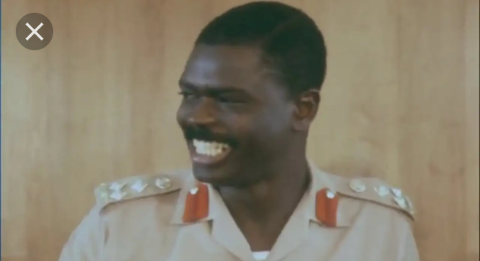 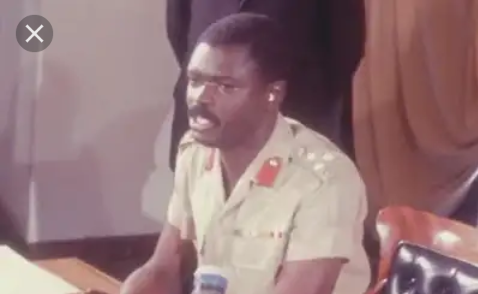 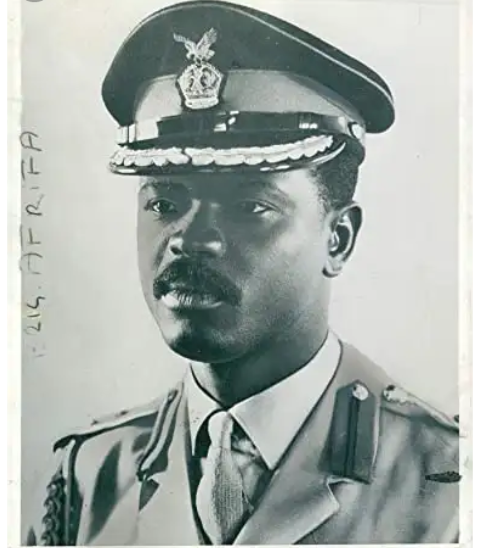 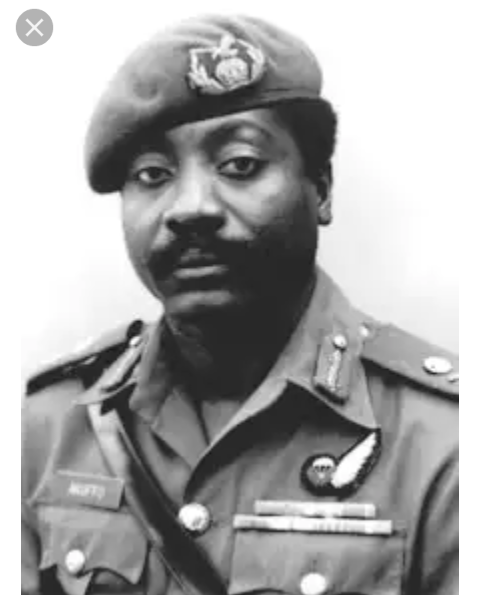 Lieutenant General Frederick William Kwasi Akuffo was a soldier and a politician. He was a Chief of Defence Staff of the Ghana Armed Forces and a head of state and chairman of the ruling Supreme Military Council in Ghana from 1978 to 1979. He was the seventh head of state of Ghana from 5 July, 1978 to 4 June, 1979. He was preceded by General Acheampong and succeeded by Flt. Lt. Jerry Rawlings.

Lieutenant General Frederick William Kwasi Akuffo was born on 21 March, 1937 at Akropong in the Eastern Region of Ghana. He completed his secondary education at the Presbyterian Boys' Secondary School in 1955 at Odumase krobo, Ghana. He then enlisted in the Ghana Army in 1957 and trained at the Royal Military Academy, Sandhurst, UK among others, receiving his commission in 1960. He also attended the National Defence College in India in 1973.

On October 9, 1975, Fredrick William Akuffo was appointed a member of the ruling Supreme Military Council government due to his position as the Ghana army commander. On July 5, 1978, he led a palace coup to overthrow the head of state, General Acheampong.

On 26 June 1979, he was executed along with other senior military officers at the Teshie Military Range, Ghana. 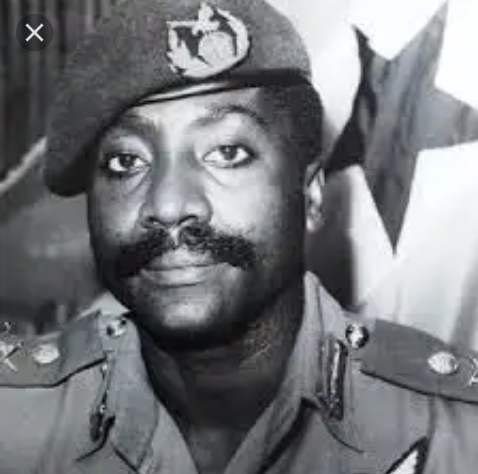 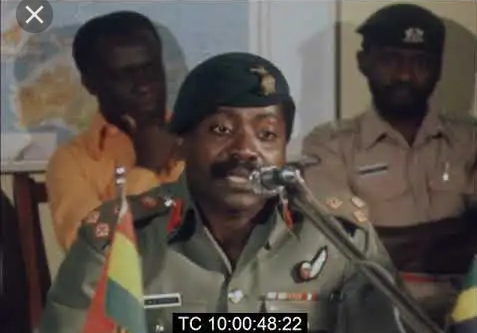 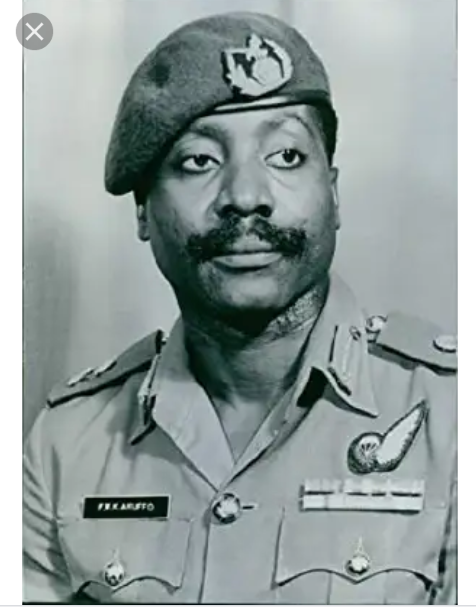 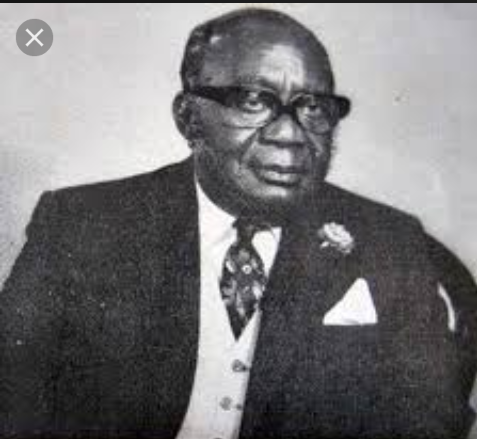 Edward Akufo-Addo was a Ghanaian politician and lawyer. He was a member of the "Big Six" leaders of the United Gold Coast Convention (UGCC), and one of the founding fathers of Ghana who engaged in the fight for Ghana's independence. He became the Chief Justice (1966–1970) and later President (1970–1972) of the Republic of Ghana. He was the father of the current Ghanaian president, Nana Addo Dankwa a kudos as do. He was the fifth head of state of Ghana from

31 August, 1970 to 13 January, 1972. He was preceded by Nii Amaa Ollennu and succeeded by General Ignatius Kutu Acheampong.

Edward Akufo-Addo was born on 26 June, 1906 at Dodowa in the Greater Accra Region to William Martin Addo-Danquah and Theodora Amuafi. Both of his parents were from the southern Ghanaian town of Akropong. He had his basic education at Presbyterian Primary and Middle Schools at Akropong. He continued to Presbyterian Training College, Akropong and Abetifi Theological Training College. In 1929, he entered Achimota College, where he won a scholarship to St. Peter's College, Oxford, where he studied Mathematics, Politics and Philosophy. He went on to graduate with honours in philosophy and politics in 1933.

From 1966 to 1970, he was appointed Chief Justice by the National Liberation Council (NLC) regime, as well as Chairman of the Constitutional Commission (which drafted the 1969 Second Republican Constitution). He was also head of the NLC Political Commission during this same time period.

See photos of Edward Akufo-Addo below. 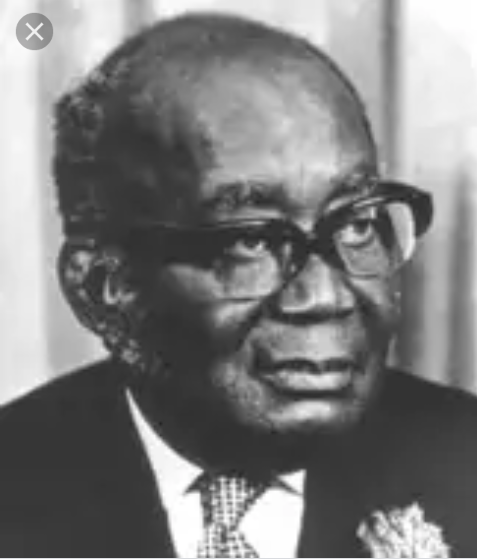 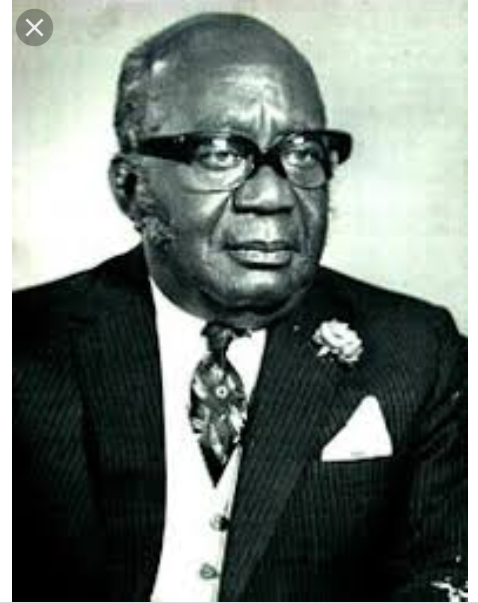 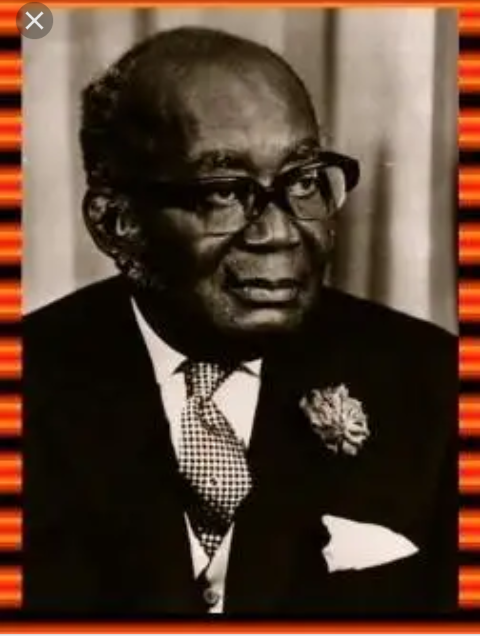 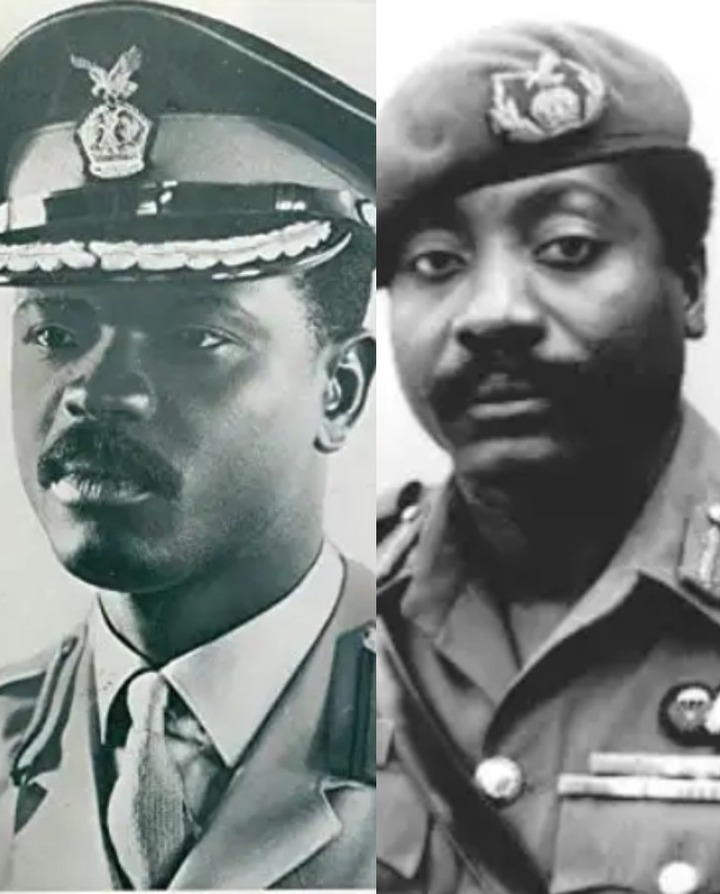 What could cause four Ghanaian heads of state just to die in only a month? Anyway, may their soul rest in peace!