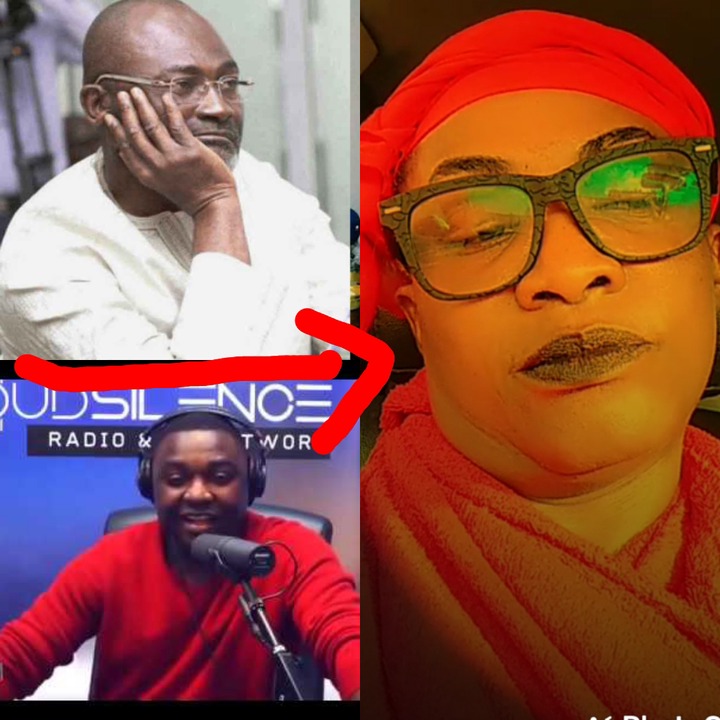 With screenshots and video attached to this article, The former wife of Honorable Kennedy Ohene Agyapong has supported Kevin Taylor's readiness to clamp down the wings of her former husband Kennedy Agyapong.

The videos featured all the poor roads, high cost of living, unemployment and lack of educational infrastructure in Kennedy Agyapong's Assin Central Constituency. 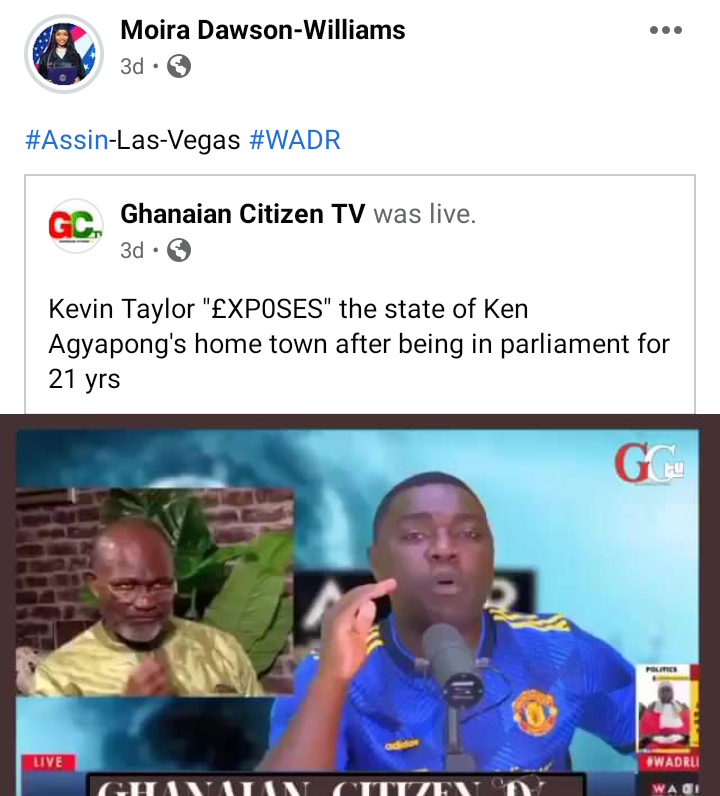 However, it was very surprising to see a woman who was once married to Kennedy Agyapong sharing those videos on her wall.

To make matters worse, Moira Dawson Williams appeared in a Facebook live to explain the reason why she is supporting Kevin Taylor against her former lover Kennedy Agyapong. According to her, she wore a red head band to register her anger against Kennedy Agyapong.

Moira Dawson Williams alleged that Kennedy Agyapong is a liar,a cheat and a man who takes advantage of women. Watch her live video in the link Below.