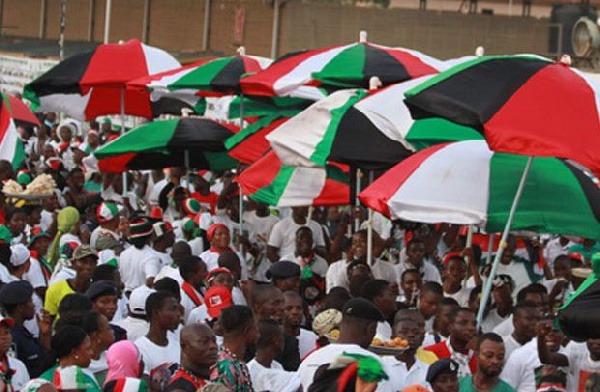 The CEO and Founder of the Atta-Mills Institute, Samuel Koku Anyidoho, has launched a scathing attack on the General Secretary of the National Democratic Congress, Johnson Asiedu Nketiah.

It is no clear why Johnson Asiedu Nketiah has been targeted by his former Deputy General Secretary but sources with the NDC and the camp of Koku Anyidoho indicate that General Mosquito single-handedly explored all possible means to ensure the expulsion of Koku Anyidoho from the party.

He has been taking to social media to verbally attack his former Boss for some time now and the latest is a tweet on his Twitter wall suggesting he is battle-ready.

Samuel Koku Anyidoho was expelled from the National Democratic Congress by the National Executive Committee of the party after weeks of disciplinary proceedings initiated against him. 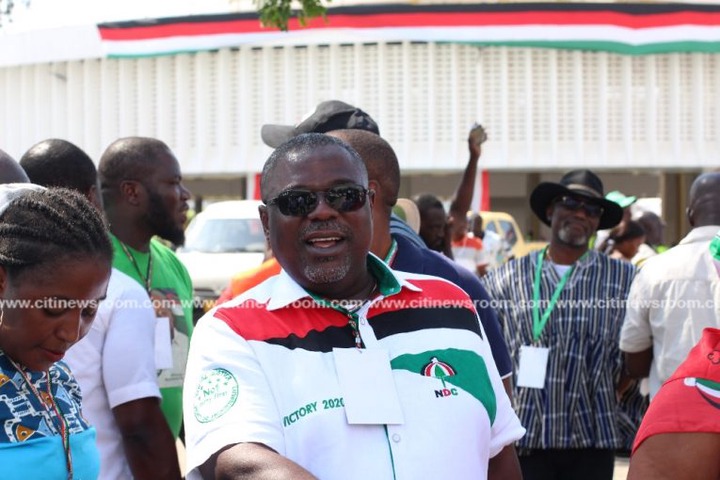 The Bono regional Deputy Communications Officer of the NDC petitioned the National Executive Committee to expel Koku Anyidoho from the party on grounds of misconduct and ill-will utterances that go against the fortunes of the party and its constitution.

Taking to his Twitter page, he wrote; " Asiedu Nketiah made a BIG BIG BIG mistake to pick a senseless fight with me. How can a spineless mosquito pick up a fight with a determined bull?" 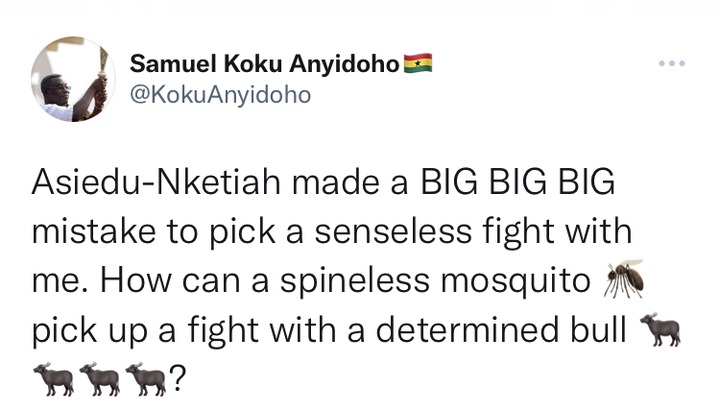 Initially, Koku Anyidoho threw indirect shots but he seems to be going all out this time.

It is not known whether General Mosquito has been responding to Koku Anyidoho behind the scenes but the latter's continuous anger paints such picture. 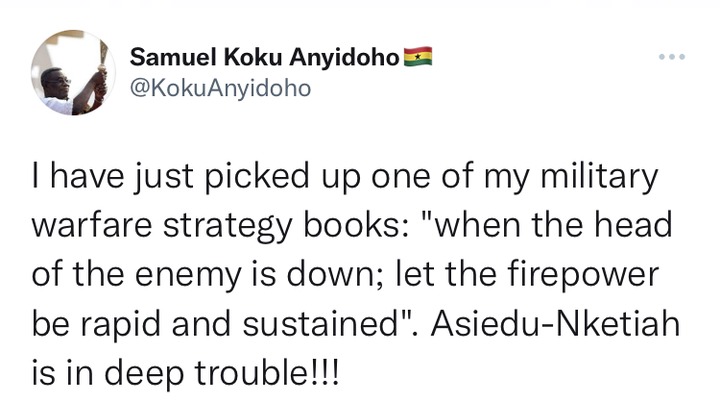 He has been an executive member of the party and obviously knows a lot of secrets, strategies, or dealings that could affect the party if made public. It is therefore imperative that the leadership of the party as a matter of urgency engage the two individuals involved in this matter and resolve all differences amicably.