Is it worth voting at all?

By Fact.newsroom (self media writer) | 1 year ago 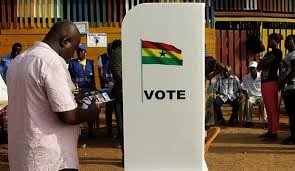 Few days to go the polls basically to exercise our right as citizens and not to be seen as mere spectators and here lies the questions;

Does it worth to vote at all knowing these politicians differs from that of the statemen who thinks about the next generation and not the next election only?

Does it worth wasting your precious time to join these long queues when you sincerely knows these parties no matter who is in power is performing a COS 90 impart in your live in the sense that the umployment rate and poor standard of living still remains the same and infact most of these parties are liars?

These questions are just a tip of the iceberg confronting most Ghanaians especially with the youth.

The good news is that the question, DOES IT WORTH TO VOTE? Has a big YES as an answer. Tight your seat belt as we seek to digest this issue with strong 5 REASONS WHY YOUR VOTE MATTERS.

1. IT IS A PREVELIGE FOR YOU TO SHARE YOUR VIEWS

Slaves have no rights to decide for themselves and to your surprise, do you know there are still people around the globe who had never voted in their lifetime before?

Eritrea gained her independent in 1993 and as at now, the people have never had an opportunity to vote. Vatican city does not still allow women to vote. What of the Almighty Super-Power America? It was during the 19th amendment of the U.S constitution on August 18,1920 that granted the women the right to vote. So as this election draws near, say cheese, take a picture, struck a post and cast your vote because some people are deprived of this opportunity.

2. IT SERVES AS A MEANS Of CHECK AND BALANCE

Elections allow voters to select leaders and hold them accountable for their performance. Accountability can be taken for granted when elected leaders realized that by hook or crook they would still be vetted with power no matter how bad they perform. Regular or periodic elections help to solve the problem of succession in leadership which most at times bring about inefficiency.

3. IT SATURATE THE GEOGRAHICAL AREA WITH THE OPPORTUNITY OF ACQUIRING POLITICAL EDUCATION.

Switch on your radio and television set, what is the common hullabaloo all about? Isn’t it wonderful how the opposition party is trying to scrutinize the ruling party initiatives and the ruling party is also trying party to justify it’s course of action and the citizens are being abreast with facts all hail to elections. Even the petty trader is now getting the opportunity to meet those ministers who claim to be busy always? The case is really funny.

4. IT IS YOUR CIVIL DUTY AND RESPONSIBILITY

Elections make a fundamental contribution to democratic governance in the sense that by the popular definition, democracy is a system of government of the people, by the people and for the people and by this definition, everything about democracy must be from the people. Voting then gives such chance to solidified the pillars upon which democracy was raise upon. Our failure to vote will therefore means we wish for the fall of democracy.

Oh yes your single vote matters. Portland State of University studies found out that fewer than 15 percent of eligible voters vote for council members and other local offices at low format which means local issues are determine by limited group of voters, making a voter vote even more statistically meaningful. Let us not forget 2008 Ghana presidential election. 0.46% took Professor Atta Mills to the seat. Just a marginal vote. Never underestimate the power of your thumb print. It has the power to make and unmake.

In a nutshell, let your vote count this season of election but always remember to observe all protocols.

Content created and supplied by: Fact.newsroom (via Opera News )