By YashNewsUpdates (self meida writer) | 11 days

The Wenchi High Court, in the ongoing Techiman South election 2020 petition case, has charged both the New Patriotic Party (NPP) and National Democratic Congress (NDC) with total cost of GHS 1,500.

During the court’s hearing on Thursday 29 April, 2021, the Wenchi High Court granted the petitioner’s (NDC’s Dr.Christopher Beyere Baasongti) application for direction; while declining his motion to amend his suit, including changing the title and adding other reliefs.

At the sitting, the court fined the 1st respondent- Martin Adjei-Mensah Korsah of the New Patriotic Party an amount of GHS 1,000, for raising an objection against the petitioner’s application for direction in the previous sitting; an objection which the court found to be without any legal basis. 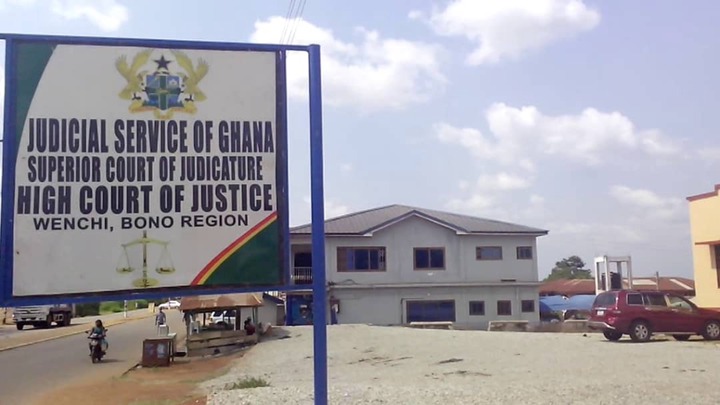 The NPP General Secretary for the Techiman South Constituency, Mr. Richard Asamoah… speaking to Citi News said “Today, the NDC has admitted that there was collation in Techiman South, but it wasn’t proper, so the court should amend it for them. But why did they come to court? They came because they said there was no collation”.

Later on, the petitioner, Dr. Christopher Beyere Baasongti; the Techiman South National Democratic Congress candidate was also fine an amount of GHC500, making the total charges against both the NPP and the NDC candidates in court amounting to GHC1500.

The Wenchi High Court has adjourned sitting on the ongoing Techiman South parliamentary election petition, to 11 May 2021.

In the ongoing Techiman parliamentary election 2020 petition at the Wenchi High Court, Mr. Christopher Beyere Baasongti (NDC Petitioner) sued the NPP Member of Parliament for the area, Mr. Martin Adjei-Mensah Korsah, the Electoral Commission of Ghana, and the Clerk of Parliament.

In his suit filed at the Wenchi High Court, Mr. Christopher Beyere Baasongti (NDC Petitioner) wants the declaration of Mr. Adjei-Mensah Korsah of the NPP as the MP elect of the Techniman South parliamentary elections to be quashed; he also wants the Electoral Commission to be compelled to collate polling station results in the constituency in the presence of the party representatives, and also wants the court to order the EC to declare him (Mr. Christopher Beyere Baasongti) as winner of the Techiman South Parliamentary elections.

During the previous hearing, the court ordered the EC, to provide the NDC parliamentary candidate with the original copies of the pink sheets of Techiman South parliamentary elections for inspection, but according to the reports, the EC provided photocopies of the Pink Sheets instead of originals. In view of that, the court awarded a cost of GHS2,000 in favour of the petitioner- Mr. Christopher Beyere Baasongti, due to the EC’s failure to comply with the court’s directions.