By Abumuk7 (self meida writer) | 1 months 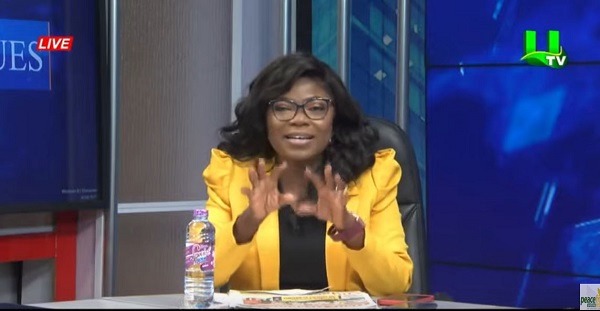 United Television (UTV) journalist, Afia Pokua, has revealed how tough it has become for her to have experts on her news analysis show.

According to the host of Critical Issues, experts have become weary of the insults that will be directed that them should they express opinions that go against the interest of the New Patriotic Party or the National Democratic Congress.

She added that because of the fear of being insulted, opinion leaders and experts prefer to remain silent on critical national issues.

“If you ask why, they say NDC and NPP footsoldiers will attack you. We have abused people till nobody wants to serve Ghana. We will eventually have to deal with the worse of both the NPP and NDC,” she noted.

Pokuaa, popularly called Vim Lady, added that prominent Ghanaian citizens such as the Ashantehene, Okyehene have all been at the receiving end of insults from political party footsoldiers.

She also addressed officials of the governing NPP who claim there is no culture of silence in Ghana because people criticize the government.

According to her, the culture of silence under the Rawlings regime was different from what is happening under President Akufo-Addo.

She explained that under Rawlings, people were arrested for expressing their views while under Akufo-Addo, party footsoldiers are encouraged to insult and denigrate people who offer critical opinions.

“Culture of silence is not the Rawlings-era when you talk and are arrested as was meted out to Kweku Baako and Haruna Atta,” she said.

She further noted that no individual, irrespective of your social standing, was immune to the insults from political party footsoldiers.

Vim Lady’s comments come on the heels of Sir Sam Jonah’s lecture in which he expressed grave concern over the return of the ‘culture of silence.’