"She Gave Bribes; She Can't Be A Deputy Education Minister"— NDC's Suhuyini Criticizes 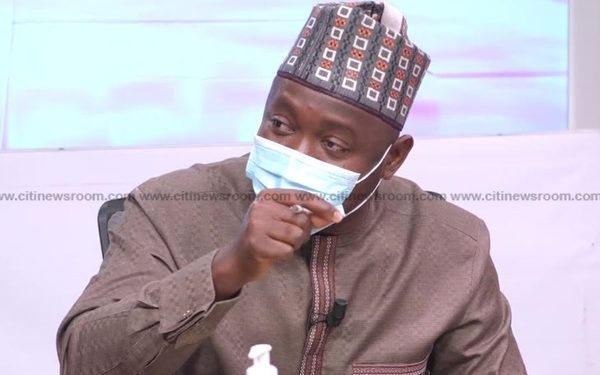 The Member of Parliament for the Tamale North Constituency, Alhassan Suhuyini, has announced his decision to kick against the approval of Gifty Twum-Ampofo as a Deputy Minister for Education, tagging her as someone who's conscience is dead of bribery and corruption.

He said his decision is based on the fact that the nominee did not give a satisfactory response on her alleged bribery of New Patriotic Party delegates ahead of the party’s 2020 parliamentary primary in the Abuakwa North Constituency.

According to Honorable Alhassan Suhuyini of the NDC, he has already drawn the attention of the Chairman of the Ministerial Vetting Committee, Joseph Osei Owusu, that her lack of condour and what seems to be a clear threat of bribery and corruption cannot be condoned.

Gifty Twum-Ampofo has been accused of giving bribes to some NPP delegates in the Abuakwa North Constituency with a sum of GHS 1500, and a flat-screen television set to each in their last parliamentary primaries.

According to Mr Suhuyini, Gifty's response before the Appointments Committee on Thursday, June 10, 2021, suggests that her conscience can be described as dead to Ghana's democracy. "I am disappointed in the nominee's lack of condour and what seems to be a threat of bribery and corruption to our democracy," he said in post.

Citi News noted that in the year 2016, Honorable Gifty Twum-Ampofo accused the then NDC's parliamentary candidate for Abuakwa North Constituency, Ambassador Victor Smith, for allegedly bribing his delegates with GHS 1000 each.

Mr Suhuyini therefore said that he cannot also accept the fact that the deputy ministerial position be given to Gifty Twum-Ampofo, for she has given no convincing answers to questions regarding CDD's Corruption Watch assessment of the last NPP parliamentary primaries.