By Upperwestmedia.net (self meida writer) | 11 days 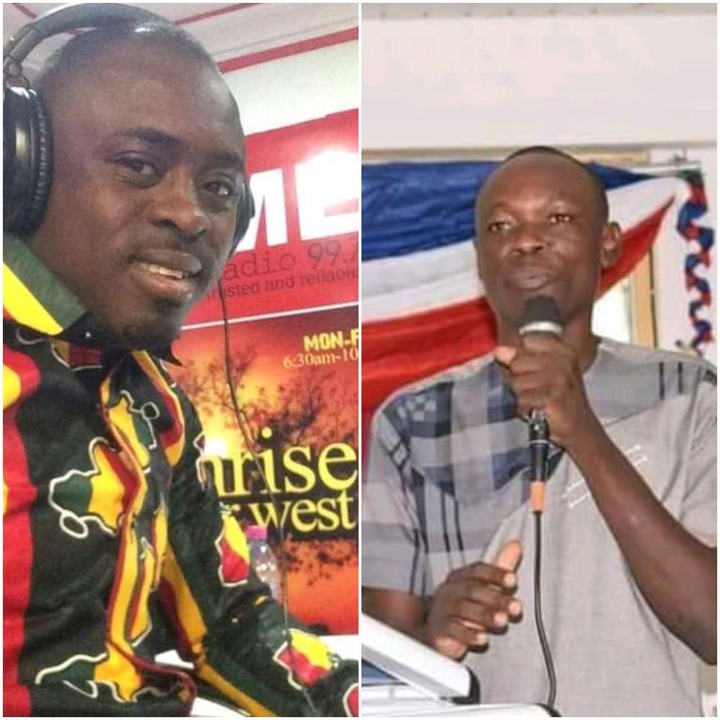 Some Stretching battles extending from election 2020 are ending in grand style in parts of Upper West Region. A radio Station within the Region by name Home Radio has written to the Upper West Regional Communications Director of NPP, seeking to smoke the peace pipe with the Party after a previous misunderstandings compelled the party to boycott all radio programs of the Station.

The New Patriotic Party Boycotted Morning shows and serial calls to the station because its Manager by Name Umar Kunateh Kumbiezuing refused to honor a request by the party to transact business at the station, during the dieing minutes to elections, the Station had returned a receipt and invoice back to the NPP parliamentary Candidate for Wa Central, Hajia Humu Awudu after she had paid for her adverts and other jingles to be running at the station, it was concluded by management of the station that running adverts and jingles of the Parliamentary Candidate would affect the owner of the Station who was her opponent as at the time, the owner of the Radio Station, Dr. Rashid Hassan Pelpuo was contesting with the NPP Parliamentary candidate for the Wa Central Seat, it was however logically prudent at that time for the NDC to have more space at their station compared to the NPP as they compete for same space but the grievous fettle was issuing a receipt to acknowledge payments and agreements and later refusing to do business.

Statement from the Radio Station

Management of Home Radio Networks extends it's warmest greetings Referenced to the above head, Home Radio Networks writes to officially inform the various stakeholders of New Patriotic Party(NPP) in the Wa Central constituency and the upper west region at large on its quest to reunite with the party.

As a key facet of the sociopolitical ecosystem, NPP and Home Radio Network clashed at the wrong end of the sword in the peak of the 2020 General Elections. Disparities in opinions and communication lapse resulted in official boycott of all Home Radio programmes by stakeholders, sympathizers and well wishers of the NPP at the Constituency and Regional Level.

After a sober reflection of the never ending blacklist, management of Home Radio wants to reunite with the Party to feed its audience with variegated views an the political desk because we did not treat the New Patriotic Party well in the course of the 2020 General elections. By a copy of this letter, I write to for that priceless return of NPPs representation on Home Radio Network and the vocal Party communicators.

Home Radio Network is a fully baked cake and will like to keep it's brand with different political ideologies an the airwaves After a second look at what transpired Home Radio sincerely apologizes to the New Patriotic Party at the constituency and regional level a candidate The station accepts blame and is sorry for what transpired in the past between the two parties. 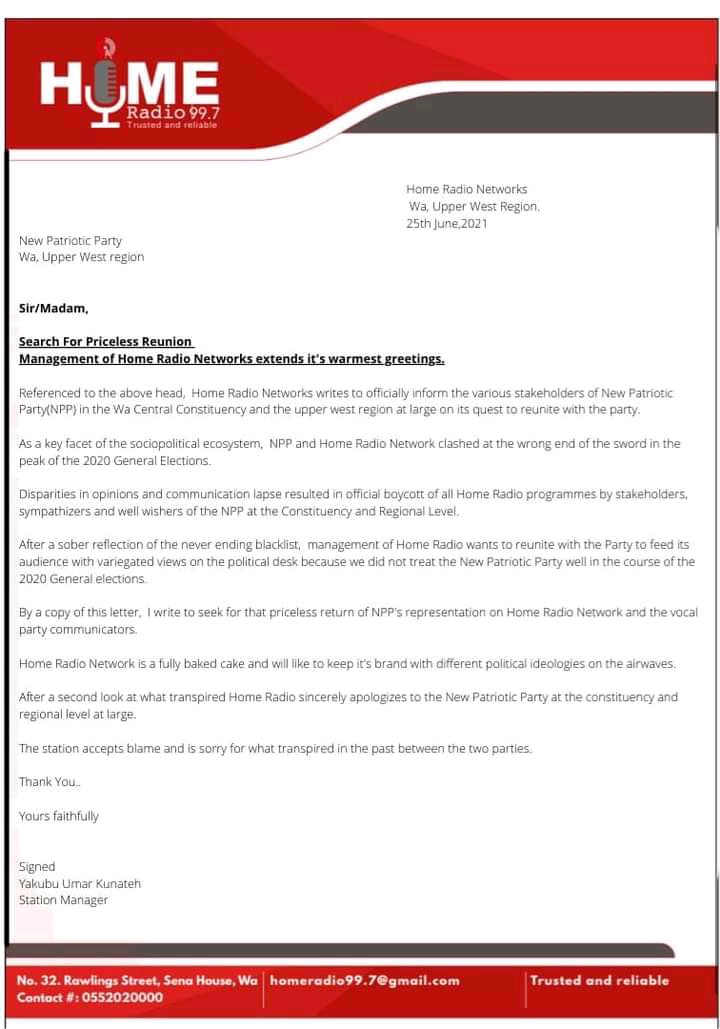