"He does not have the emotional intelligence to lead a region like Ashanti". Adam Bonaa to minister

By Optimistic3 (self meida writer) | 21 days

One of Ghana's internationally acclaimed security analysts Mr Adam Bonaa has called the head of the Ashanti regional minister Mr Simon Osei Mensah this is following the deployment of military of some military personnel at Ejura.

According Mr Adams Bonaa, the regional minister Mr Simon Osei Mensah does not have the emotional intelligence to lead the Ashanti region.

This statement from the security analyst comes following the regional minister's admission that, he is the one who deployed the military personnel whose actions has resulted in the lost of two precious lives in Ejura.

The regional minister admitted before the committee of enquiry into the Ejura killings that, he picked up an Intelligence that ,the youth of Ejura were going to attack and vandalise the police post in Ejura hence his decision to deploy the military to the town.

But in Sharp rebuttal on joynews prime ,Mr Adam Bonaa made it emphatically clear that ,the regional minister got it all wrong upon his deployment of the military to Ejura.

He added that, it is the police who are incharge of crowd control and not the military. He went further to point to the fact that it was the same regional minister who was at the helm of affairs in the region when seven abled Zongo youth were killed and he did practically nothing about it.

According to him, he was surprised that , Mr Simon Osei Mensah was chosen again to lead the Ashanti region upon his mistake at the past which caused the lives of people.

A lot of security experts have utterly condemned the killings at Ejura by the military and has called on the needed authorities to as a matter of urgency expedite action to ensure the truth about the Ejura killings comes to bear and those found culpable to be punished.

The regional Minister further added that,the military fired in the rampaging youth because they pelted them with stones.

Earlier narrative by eyewitnesses at the scene paints a contrary view about this claim by the regional minister.

Other eyewitnesses are also expected to testify before the committee in order to bring a lasting solution to the brouhaha. 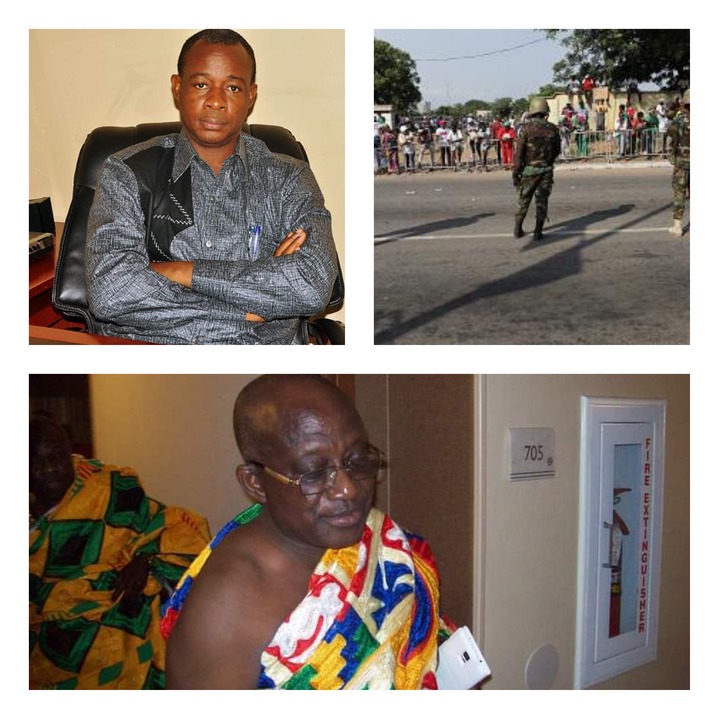