The government has decided to freeze public sector hiring beginning in January 2023.

By OPOKUTV (self media writer) | 2 months ago 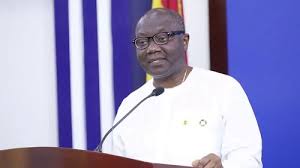 The Finance Minister, Ken Ofori-Atta, has declared a moratorium on government servant hiring beginning in January 2023.

Mr. Ofori Atta, who presented the 2023 Budget and Economic Policy to Parliament on Thursday, also announced that the purchase of new vehicles would be limited to locally assembled vehicles, and that the allocation of fuel coupons to political appointees and heads of MDAs, MMDAs, and SOEs would be reduced by 50%.

"Mr. Speaker, as a first move toward cost-cutting, the Government has adopted the following orders, which will take effect in January 2023:" All MDAs, MMDAs, and SOEs have been told to cut fuel allocations to Political Appointees and MDA, MMDA, and SOE leaders by 50%. This order applies to all gasoline allocation mechanisms, including coupons, electronic cards, chit systems, and fuel depots. As a result, 50% of the previous year's (2022) budget allocation for gasoline will be set aside for official business involving MDAs, MMDAs, and SOEs.

"A prohibition on the use of V8/V6 engines or their equivalents, save for cross-country travel." Beginning in January 2023, all government vehicles will be issued GV green license plates. Budgetary allotment for car purchases is limited. To minimize confusion, new car purchases must be limited to locally built automobiles.

"Only necessary official international travel across government, including SOEs, will be permitted." Board members are not permitted to go abroad for official business. As a result, by mid-December, all government institutions shall submit to the Chief of Staff a travel plan for the year 2023 that includes all anticipated travels.

"As far as feasible, meetings and workshops should take place in the official setting or in government facilities; government-sponsored external training and Staff Development activities at the Office of the President, Ministries, and SOEs must be suspended for the fiscal year 2023; Reduced spending on appointments, including wage freezes and the suspension of certain benefits such as housing, utilities, and clothes, among other things.

"A moratorium on new tax waivers for foreign corporations, as well as a reassessment of tax exemptions for free zone, mining, oil, and gas industries; and a hiring freeze for civil and public officials." In 2023, no new government agency will be formed; in 2022, no restrictions will be imposed."

The presentation of the budget is a constitutional requirement that the Finance Minister carry out on behalf of the President, Nana Addo Dankwa Akufo-Addo.

"In accordance with Article 179 of the 1992 Constitution and Section 21 of the Public Financial Management Act, 2016 (Act 921), the Minister for Finance will lay before Parliament, on behalf of the President, the 2023 Annual Budget Statement and Economic Policy of Government on Thursday, November 24, 2022," the Finance Ministry said in a statement.

Content created and supplied by: OPOKUTV (via Opera News )