By KENWORLD (self media writer) | 2 months ago

Some NDC party members are not happy with a statement made by the Ashanti Regional Chairman of the New Patriotic Party (NPP), Bernard Antwi Bosiako also known as Chairman Wontumi.

In a statement released by some media houses, the Regional Chairman of the New Patriotic Party stated that he is ready to sponsor former President John Mahama's campaign for him to win the flagbearer of his party National Democratic Congress. 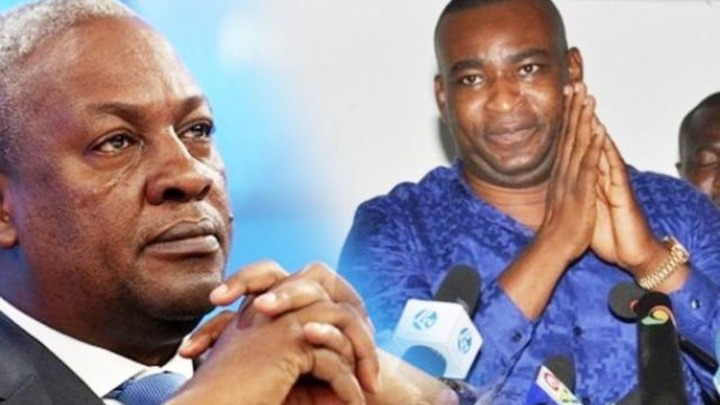 The Ashanti Regional Chairman of the NPP said that the former President is a weak candidate as he will make the ruling New Patriotic Party 2024 'breaking agenda easier.

He said this in an interview on Okay Fm 'Ade Akye Abia's program. Speaking on the show, he explained that the former president is desperate for power and thus is doing everything possible to win the 2024 elections.

He further went on to say that the Former Prez John Mahama is no match for the NPP and He (Chairman Wontumi) will personally sponsor His campaign for his re-election bid as Flagbearer.

According to him, the NPP has a master plan for 'breaking the 8 agenda' of the party, and the only person who will help this agenda come to pass is Former President.

His statement didn't go down with some NDC members and has taken the comment section to sheared their views and displeasure.

Content created and supplied by: KENWORLD (via Opera News )