Stop Crying: Nobody Will Give You Another Appointment: Abronye Tells Former Minister 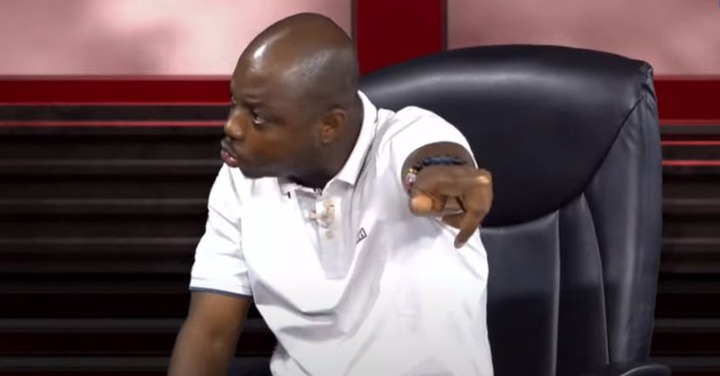 The Bono Regional Chairman of the New Patriotic Party (NPP), Mr. Kwame Bafo who is also known as Abronye has told a former Minister for Lands and Natural Resources to stop crying for another appointment.

According to him, nobody in Government is willing to offer that former minister another appointment after failing to perform in his previous office.

Mr. Kwame Bafo made the comment when he appeared on NET 2 Television’s the Seat show with Kwaku Annan.

Even though Mr. Kwame Bafo was unable to mention names, he revealed that the said person took over from Peter Amewu as the Lands and Natural Resources Minister.

He says Peter Amewu was able to make some gains in the galamsey fight but when the next minister took over, all the gains were destroyed.

According to Mr. Kwame Bafo, most of the water bodies in the country regained their natural ecologies under Peter Amewu but became turbid again.

He adds that everything was grounded to zero making all the gains go waste.

“The deployment of the military to clear illegal miners from the water bodies Show the president is determined to fight the menace this time around. But it did not go well the other time. It was like how Mahama fought it. Nothing changed. When he started in 2017, Peter Amewu performed well and the water bodies regained their natural ecology, then someone else took over and destroyed everything. We must know who took over after Peter Amewu that’s the question to ask President Akufo Addo”. He intimated.

He says that Minister must be made to render accountability on what really happened in the sector after taking over from Peter Amewu.

Mr. Kwame Bafo Abronye adds that the minister has now gathered some chiefs and begging for an appointment but that will not wash.

“Look at the Western Region, galamsayers have destroyed all the sites so we must find out who was the minister after Peter Amewu. We had a minister in Ghana after Peter Amewu. But the same person has been crying and parading chiefs begging for another position. But I can assure that person that he will not have any appointment in government. So the person must render accountability for what he did at the ministry”. He added.