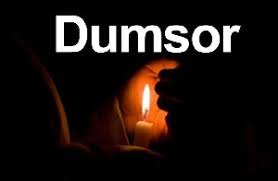 Since the start of 2021, areas of the country have been consistently plunged into darkness, sometimes without warning. Blackouts are often a foolproof way to lift a country's blood pressure. They can last up to 24 hours in Ghana, putting homes in the dark and cutting off fridges, TVs, water pumps, and fans. Many who can afford generators have seen their costs rise dramatically.

The Ghanaian, Electricity Company of Ghana (ECG) has published a timetable to direct power cuts in parts of the Greater Accra Region. This is in response to current Pokuase Bulk Supply Point system improvement efforts, as per the company.

For eight days, the outages will alternate between day and night, from 6 a.m. to 6 p.m. and 6 p.m. to 6 a.m. As per the ECG, the tie-in works will last eight days, starting Monday, May 10 to Monday, May 17, 2021, and will disrupt power supply to some households in Accra's north-east.

The affected areas have been categorised. 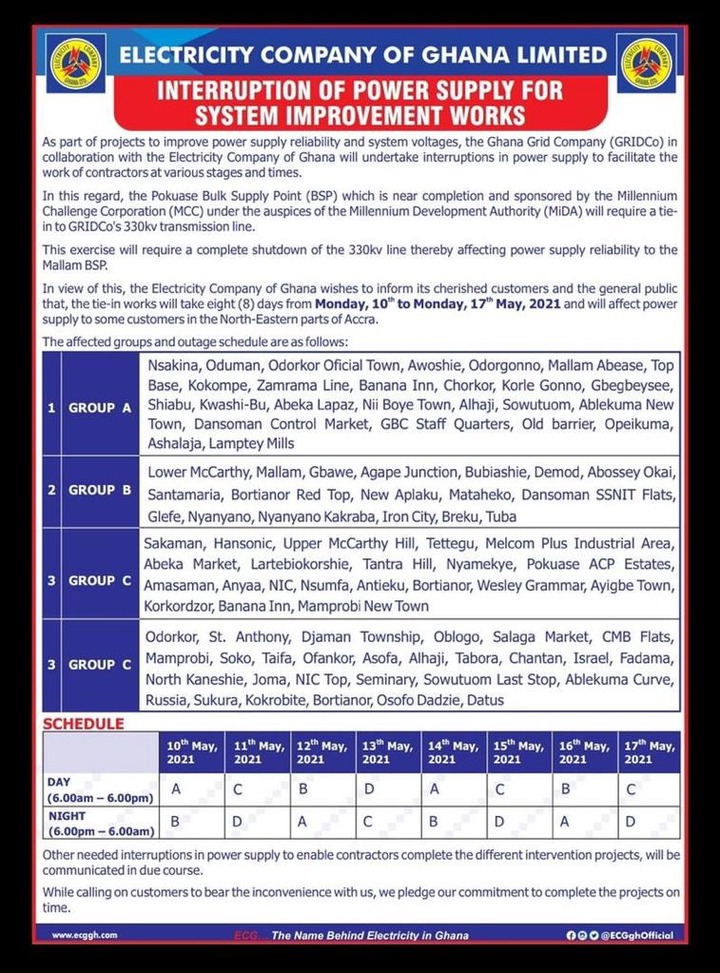 The planned outages will be rotated to minimize the effect on the affected areas, according to ECG CEO Agyemang Budu, who announced the creation of the timetable.

“We are coming out with a planned schedule whereby the affected areas are grouped into four. We have done it in such a way that no single customer will see the outage throughout the eight days,” he revealed.

He added, “we will see probably a 12-hour outage in the day time and then in three days we’ll have another outage at night.”

what do you think about the time table ?are we starting an erra again with "dumsor" ? will this be the last timetable we will ever see about "dumsor?