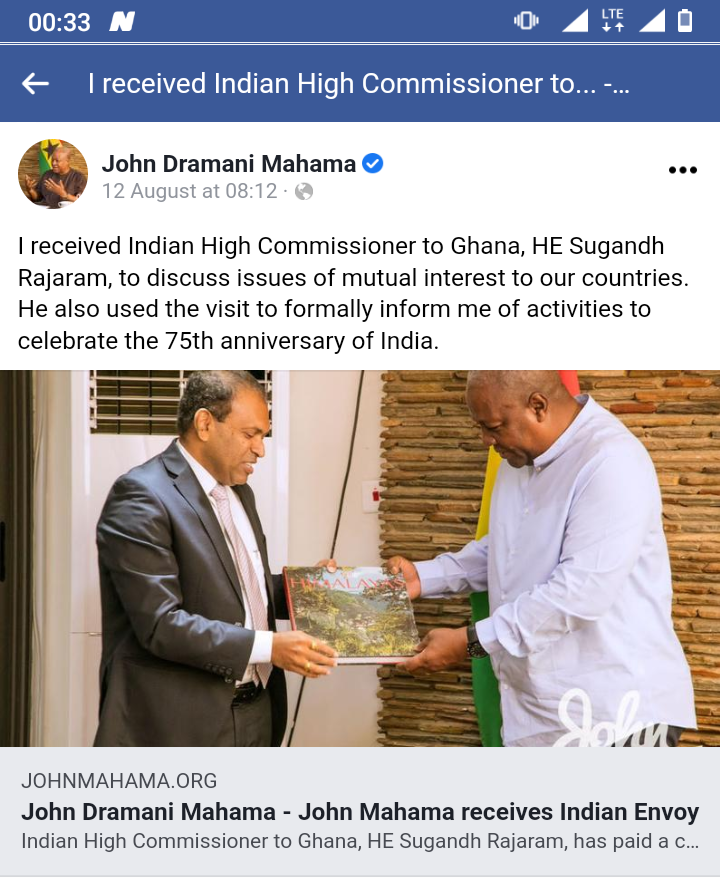 The picture of the former President as he stood beside the Indian High Commissioner was posted on TV3 Ghana's heavily followed Facebook page.

The post was captioned on the fact that Former President John Mahama was thankful to India for investing in the Tema-Akosombo railway, Komenda Sugar Factory and Elmina Fish processing factory.

Politically, these factories mean a lot to the NDC and the Former President since they spearheaded the achievement of such projects.

TV3's post about the former president has attracted massive reactions from all over the country as some Ghanaians praised John Dramani Mahama for his leadership during his presidency.

Other Ghanaians also noted that since the former president had handed over power to Nana Addo, there was no need to have publicly thanked the Indian government. 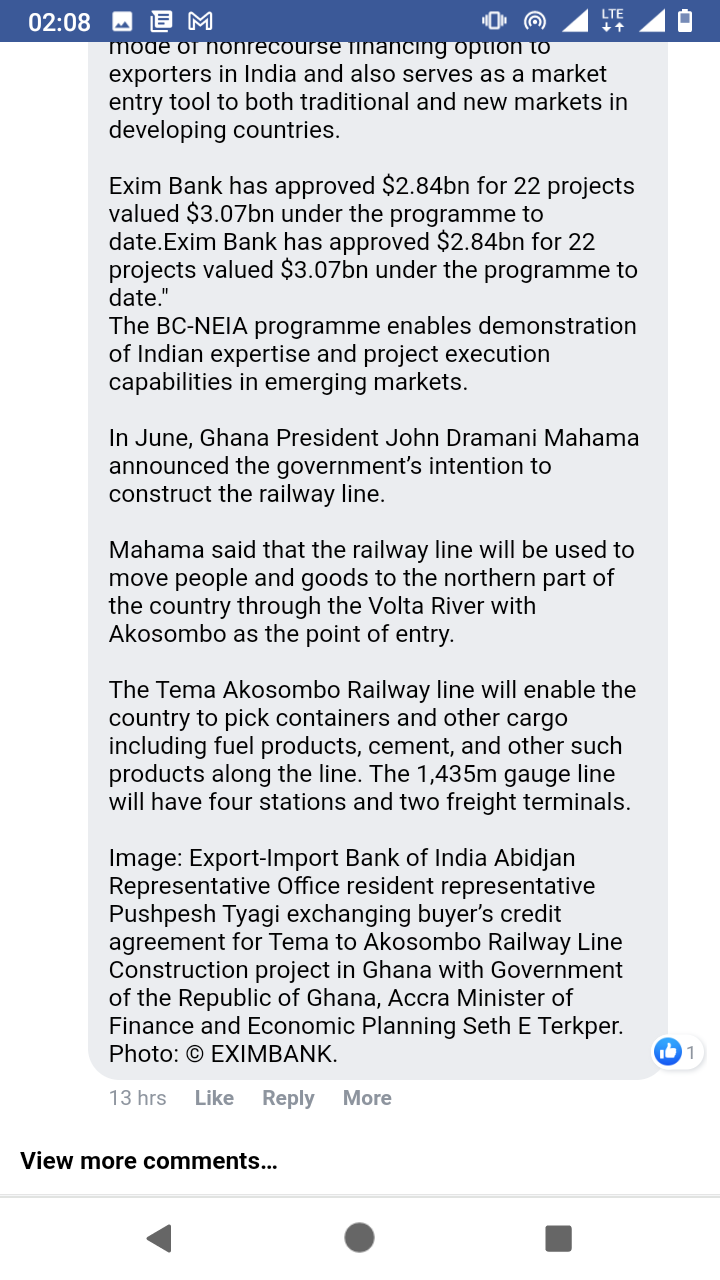 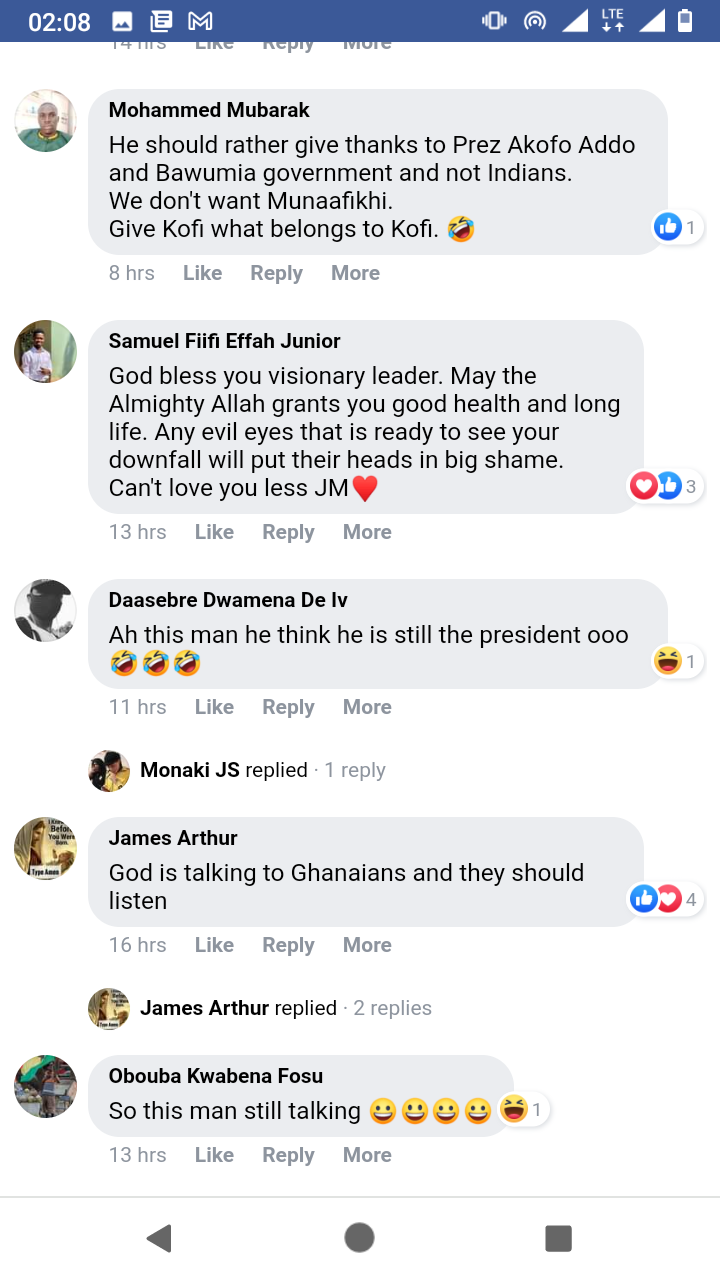 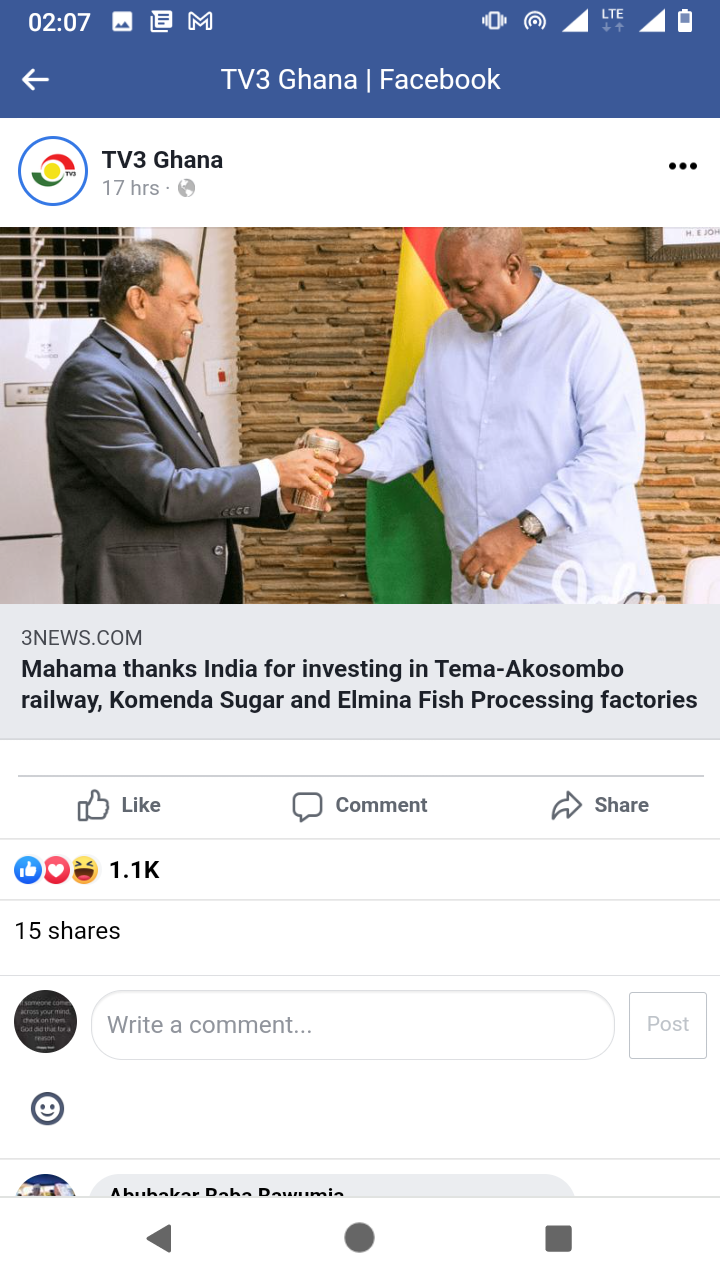 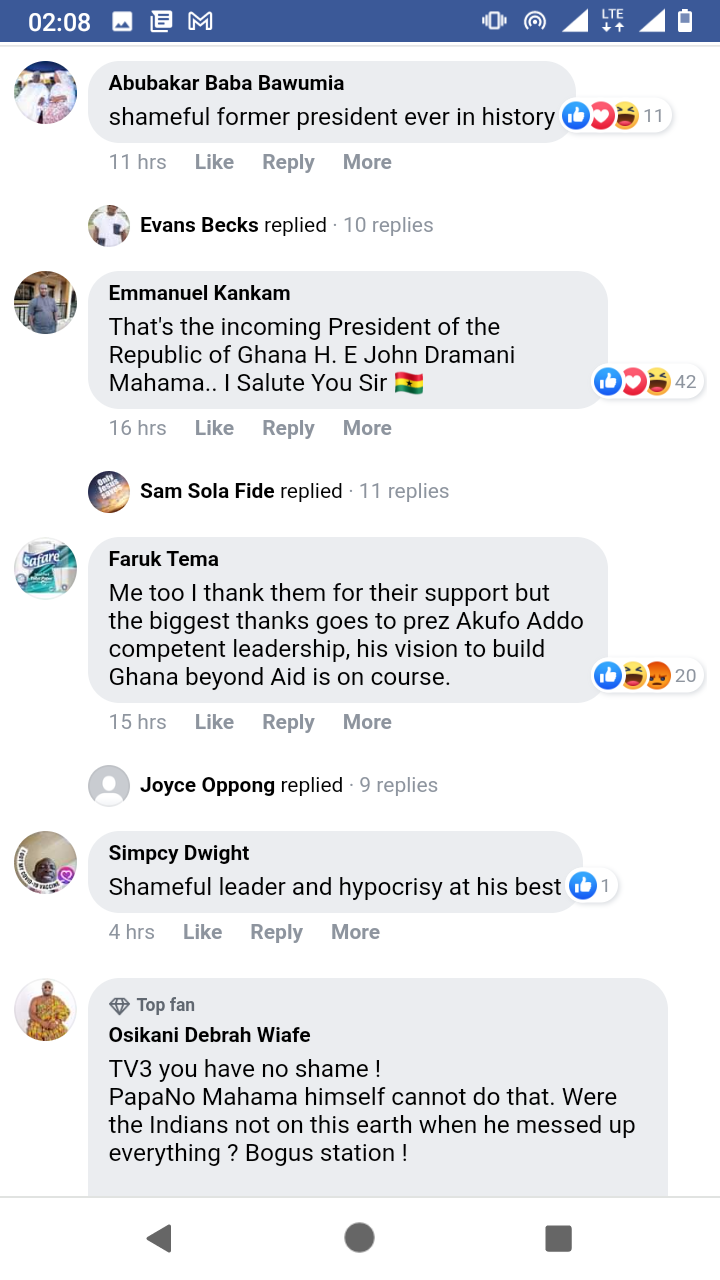 UTAG, Other University Teacher Unions To Embark On Nationwide Strike.