Toll booth workers have applaud Parliament especially the minority caucus for their bravity towards the rejection of the 2022 Budget proposal and Economic Policy by the government. 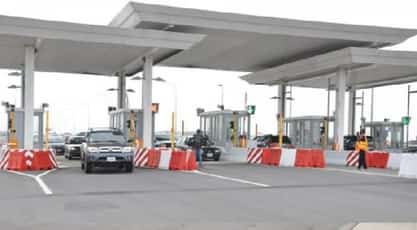 In the picture is one of the terminal of the toll collection booths.

They have described the stands taken by the NDC Members of Parliament against the government policy proposal as timely intervention which reflects on the interest of the entire Ghanaian populace.

Any attempt by the government to coax the minority to decline their decision to reject the budget according to them, will be in bad taste since (PWD’s) numbering more than 700 who work at various toll booths all over the country will lose their source of livelihoods.

They have therefore charged the National Democratic Congress Member of Parliament’s to remain steadfast in their bold decision to resist and defend the less privileged in the society.

Kofi Atoma, who happens to be an executive member of the Ghana Toll booth workers group who works as overlord at Pobiman toll booth in Accra granting an interview to Onua TV on Monday November 29, revealed that they were happy when Parliament announced the rejection of the popularly known Agyenkwa budget.

Parliament, for the first time in the fourth Republic, has thrown out the Budget proposal and Economic Policy of the government for the 2022 financial year which was submitted to the House on Wednesday, November 17, 2021 by the Finance Minister, Honourable Ken Ofori-Atta. 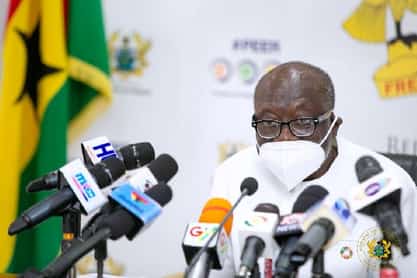 In the picture is the minister of Finance Honourable Ken Ofori-Atta.

This follows splitted views from the both majority and minority caucuses on some of the policies captured in the budget, especially the closure of toll booths on all public roads and the newly introduced levy, Electronic Levy (E-Levy).

The toll booth workers who are mostly people living with disability's ( PWD’s ) have challenged the minority in parliament to approve the Budget Statement and Economic Policy if only the government makes a review in reinstating the collection of the toll booths on public roads.

However, they have admonished the claims that Toll Collection is the major cause of traffic in Ghana.