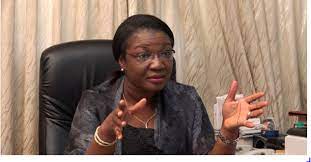 Special Assistant to former President John Dramani Mahama, Joyce Bawa Mogtari has expressed worry over President Akuffo-Addo’s insistence on keeping his appointees, who many believe have underperformed, at post.

Ms Joyce says she is struggling to comprehend the president’s faith in his ministers especially when evidence abound that they have performed poorly.

Owing to the current challenges in the economy, several calls have been made to President Akuffo-Addo to reshuffle his appointees and bring on-board fresh brains to help address the difficulties.

But the president has rejected those calls, saying he is satisfied with the performance of his ministers.

Ms Joyce, in a tweet, wrote “two mornings later, I am still shaking my head and trying to distill the phrase ‘outstanding performance of my ministers’ @NAkufoAddo when inflation is at its highest @31.7% hardship and unemployment now a security threat, lest we forget, the treble C downgrade, points to failure!”.

The Special Assistant to the former President tweeted this in reaction to the recent downgrade of Ghana’s economy to ‘CCC’ by Fitch as well as the rising levels of inflation.

Before Fitch, Standard and Poor, another credit rating firm, had already downgraded Ghana’s debt further into speculative territory, lowering its foreign and local currency sovereign ratings to CCC+/C from B-/B.