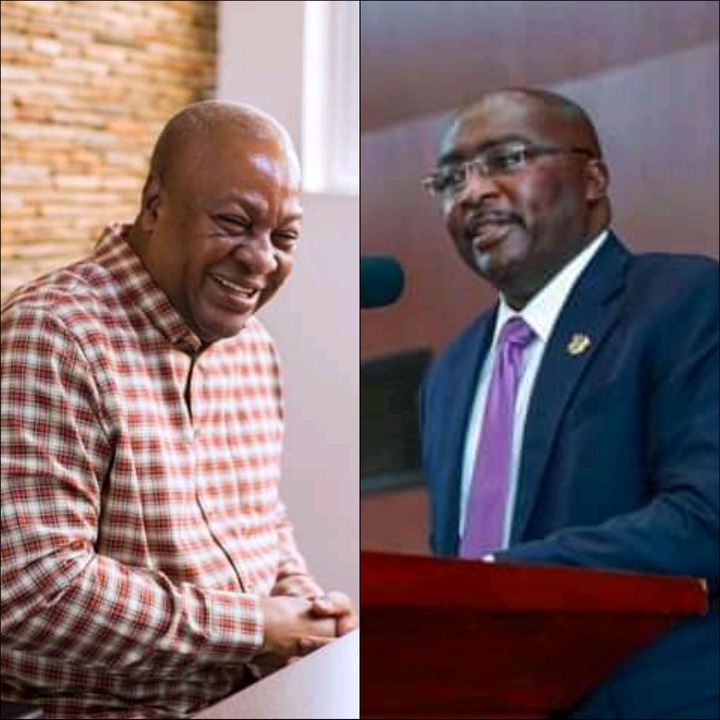 As part of discussions preceding the approval or disapproval of the controversial Electronic Transfer Levy a.k.a. E-Levy by the Parliament House, the Former President of the Republic, John Dramani Mahama has taken a step back to expose Vice President Dr. Mahamadu Bawumia in a one minute interview video on JoyNews during his regime on the imposition of taxes.

The short video dubbed by Mr. Mahama as, "Hmmm! Talk is indeed, cheap," showcased Dr. Mahamudu Bawumia vehemently disproving the basis upon which the then Mahama/Amissah Atta NDC government was imposing taxes on everything they seem to see taxable including investments and withholding taxes, and other taxes which were too 'burdensome' for the people of Ghana.

To the then running mate to Nana Addo Dankwa Akufo-Addo, the imposition of taxes on anything taxable is hurting the economy and therefore would not yield the needed growth in the economy. And when there is no growth, you will not get revenue and so the imposition of more taxes continues in a cyclical manner. 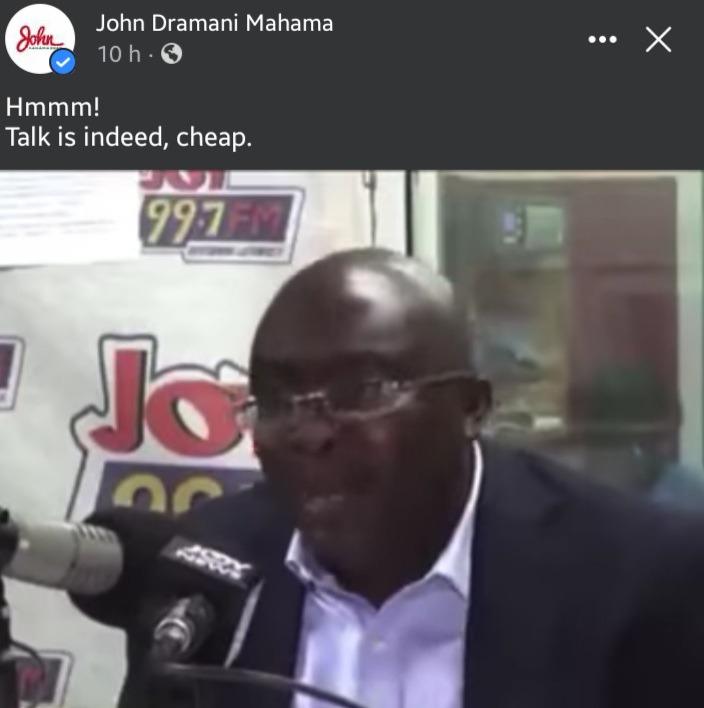 "I mean there was even a one percent tax imposed on savings or investments, which was later abolished. But I mean to even think about it make you question those people who make such policies. We know that it was another way of raising revenue but yoo know when you become desperate after mismanaging the economy into this whole, then everything sounds great to you because you don't have any other option," Dr. Bawumia the JoyNews interviewer.

"And this is the problem that anything that is taxable is being taxed or they are trying to impose taxes on that. Increasing withholding taxes and so on. All these are hurting [the economy] and therefore you are not going to get the needed growth, and when you don't get the growth you will not get the revenue, and when you don't get the revenue you will go back to increasing taxes to get it. And then you are in cyclical damage," Dr. Bawumia further stated.

The simple reply John Mahama has sent to him is that talk is cheap indeed. For it is obvious that they are also doing the same things above and even more than he [John Mahama] did when he was president.

Why Eating A Banana Before Bed Can Help You Sleep Better

6 Things The Angels Want You to Know

Even When It Comes To Corruption, Akufo-Addo Has Not Beaten Mahama - Kelvin Taylor Descends on NPP