Currently, most Ghanaians have gotten the news that, the 8th Parliament or the Ghanaian Parliament responsible for enacting laws has rejected the 2022 Budget, but according to the Minister for Lands and Natural Resources the budget has not been rejected. The minority in Parliament have been circulating that Parliament has indeed rejected the budget, but the majority are currently saying that, constitutionally the budget is not rejected.

Today, the majority in Parliament made of the New Patriotic Party and the ruling party walked out of Parliament and most Ghanaians have been talking about it since that incident happened. But they minority were not bothered nor the speaker of Parliament. 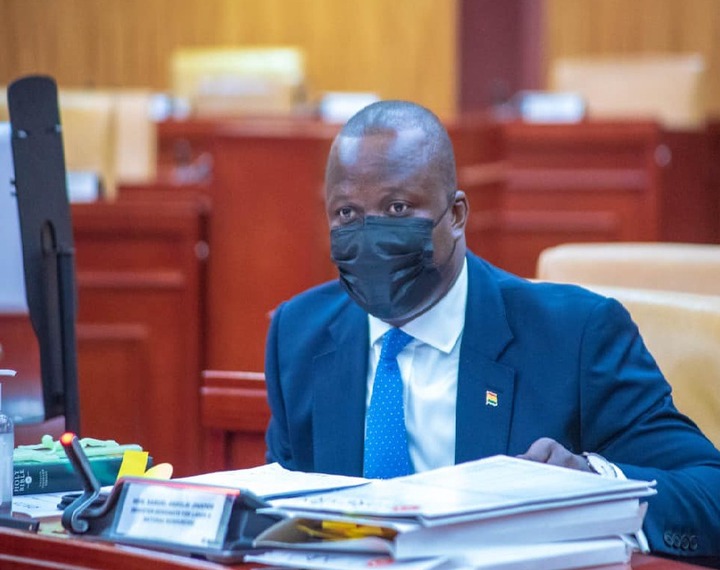 According to the MP for the Damongo Constituency and Minister of Lands and Natural Resources Samuel Abu Jinapor, the budget has not been rejected.

The hard working Minister of Lands and Natural Resources Hon. Jinapor on his Facebook platform pointed to the fact that, Article 104 of the Constitution and Order 109 of the standing orders says that the Speaker requires 138 members at least before he can put a question. Meaning that any decision that is taken by the Speaker of Parliament with less than 138 members in the chamber is void.

So Ghanaians should disregard any claim that the budget is rejected. 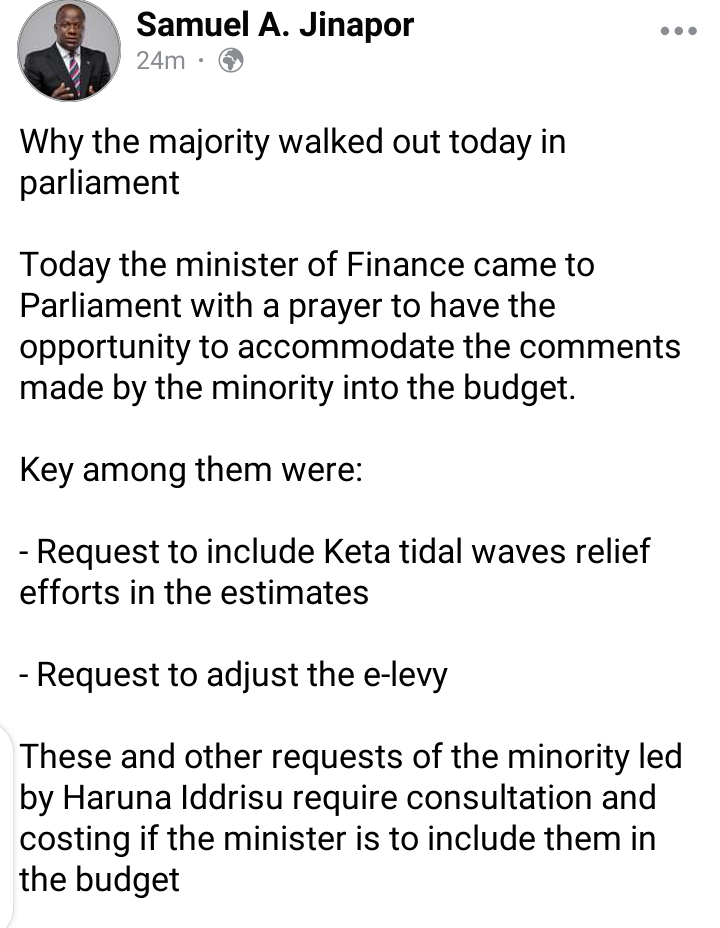 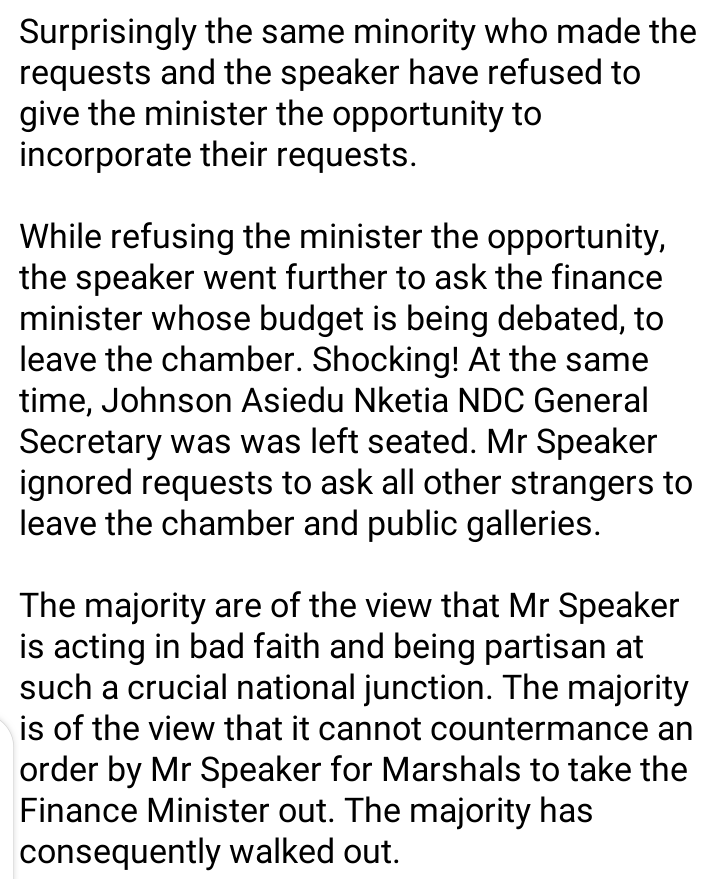 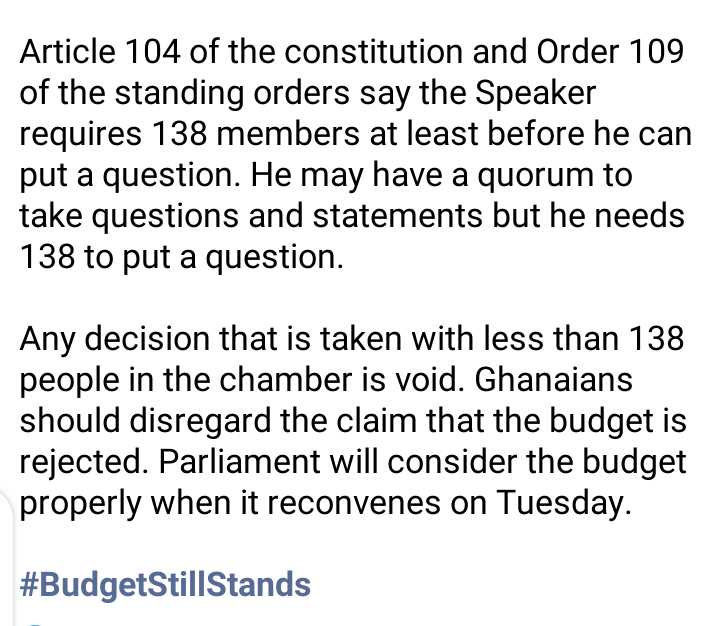