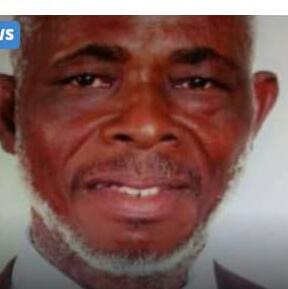 Founder and leader of the Soldiers of Christ Prayer Group of All Churches located at Kumasi Aboahyia in the Ashanti Region, Apostle Dr. Dirl Airl King Marshal has stressed the need for Christians and Moslems to strengthen the current relationship that exist between them to enhance peaceful coexistence in the society.

Speaking to the Opera News Correspondent, King Amoah in an interview, Apostle King Marshal observed that from time immemorial, Christians and Moslems have been known as brothers who share common ideology to promote peace in the world.

He said the originators of the two leading religious bodies (Christianity and Moslem) Isaac and Ismel were the offspring of Abraham in the both Bible and Quoran, stressing that no one was able to separate the two sons of Abraham.

Apostle King Marshal reiterated that Christians and Moslems have one believe which aimed at teaching repentance, forgiveness and how man can go to heaven after death.

Therefore with such a common ideologies, hence the two religious bodies have dominated the world to champion the cause of Allah.

King Marshal on this note flatly denied the notion created by certain people that Christians and Moslems are enemies.

Treat people who habour such an agenda with contempt because they don't learn about what the religion entails, the clergy hinted.

Christians and Moslems Apostle King Marshal hinted know themselves as brothers stressing that in order for the public to get clear understanding about the cordial relationship that exists between them, the man of God called on the two religious bodies for exchange programs.

Where the Moslems can be given the opportunity to teach the doctrines and principles of the Moslems religion to the Christians, and in turn Christians also follow suit to  do same as part of education drive to strengthen the already cordial relationship that exist between them.

King Marshal also commended Moslems and Christians for smoking peace pipe to maintain peace and stability in the country and hoped that other religious organizations would rally behind the two religious bodies in their quest to transform the society.