Man Of God You Are Wrong; Netizens 'Blast' Prophet Badu Kobi And Cause Him To Delete Prophecy

By Tinchie (self meida writer) | 16 days It's a common behaviour of the renowned Prophet and Founder of Glorious Wave Church International, Badu Kobi, to predict an outcome of an event which is yet to unfold. But this time, the prophet has been caught in an attempt to assuage Ghanaians and his followers into bekeiving he is that powerful, Prophet Badu Kofi had landed himself into mockery.

He had just predicted, as usual claiming it is prophetic, that "Spain shall beat Denmark today" for the "third place" position in the EURO 2020 tournament. Additionally, the prophet said he shall reveal who gets to win the final of the EURO 2020 and COPA America tournaments "tomorrow when he stands on the alter of God". 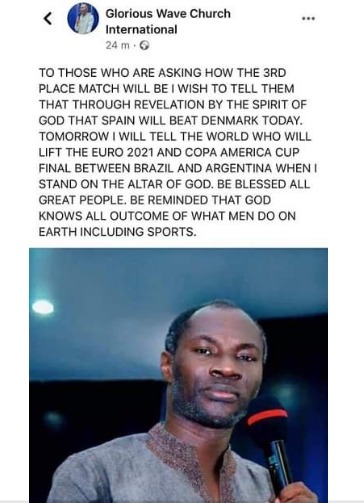 This was contained in an earlier post made by the Prophet that got netizens to laugh at him for being oblivious of the current state of the tourments. He was mocked for haven mistaken the EURO 2020 games as that of other tournaments such as the world cup where there is a match between 'losers' semi-finalist to get to win the third place.

For his correction, UEFA, European football's governing body and Euros tournament organisers, scrapped the third and fourth placed play off after the 1980 football competition.

A second error in his prophecy is the time at which he wants to make pronouncement of the potential winner of the games. He intends to predict it tomorrow, though without being specific of an exact time, one wonders how that could be trusted when the game is to be played midnight, thus 12am GMT, 11 July, 2021. 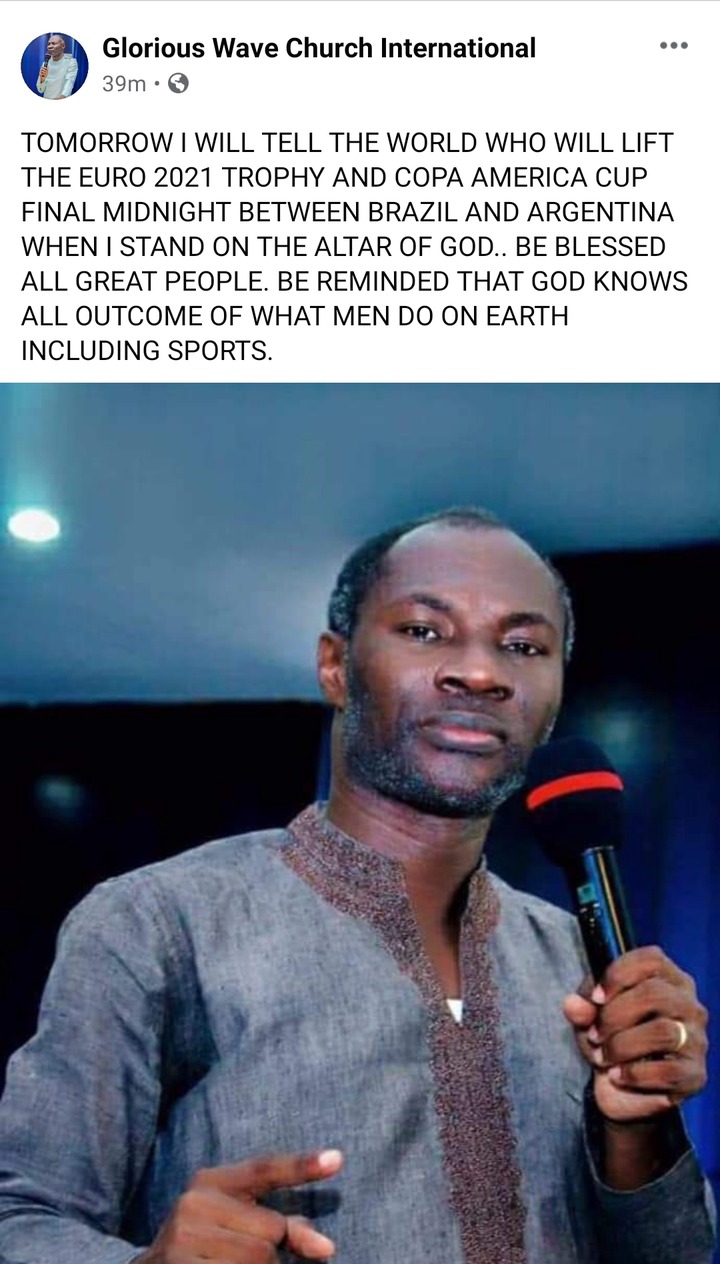 Upon realising the mistake and humiliation visited upon himself, the post was edited and the prediction about the third place position taken out. But that couldn't stop netizens from scolding him.

After suffering enough of the mockery, the post had finally been deleted.

But hey I was lucky to take some screenshots before it got down. Take a look at them.