Bishop's Secretary And Securityman Engage In A Fight To Stun Congregation

A personal secretary of a Kumasi-based popular man of God, Mr Yaw Prempeh and a security man of a hotel, Mr Adongo Frafra, last Sunday September 19 2021 stunned the congregation and invited guests who were tasked to grace a special get together program, when the two took turn to engage themselves in dirty fight.

The scene was quickly put under control by other onlookers else the probability of disrupting or ending up the function abruptly cannot be ruled out.

According to information gathered at the Treasureland Hotel located at Kumasi Ayigya near the Kwame Nkrumah University of Science And Technology where the issue took place, Bishop Dr James Akwasi Oppong, founder and leader of the Lord's Fireworks Chapel International in Kumasi was said to have organized the get together party for his congregation and some invited guests at the Hotel.

Eyewitness account said at about 3pm Bishop Dr James Akwasi Oppong who is also the proud owner of the hotel (Treasureland Hotel) arrived at the place with his Secretary, Yaw Prempeh apparently to join his congregation and invited guests to ensure fruitful function.

Sources said moment the Secretary Mr Prempeh alighted from the car he allegedly confronted the security man Frafra Adongo and questioned him about why he had allowed unauthorized people to enter the hotel.

The security man Frafra Adongo was said to have taken offence about what he (Adongo) told the media, as a harsh approach Mr Prempeh used to attack him over his unlawful entry allegations, which he said was false.

Thinking that the well- dressed secretary would focused more attention on the program, he was said to have redirected his anger more on the security man amidst exchange of words.

Adongo Frafra who allegedly sounded to have taken in some shots of local gin in the process attacked the Secretary who also retaliated to some point which turned the whole show Into a dirty fight.

After separation of the fight, Adongo Frafra whose picture appears elsewhere in this publication told a section of journalists present to cover the program that he feels no regret about his actions on whether he would be sacked or not since the Secretary is fond of making false allegations against him at anytime he pays visit to the hotel.

No police report was made at the time of going to press, but Bishop Dr James Akwasi Oppong who expressed his disappointment about the issue on his part, 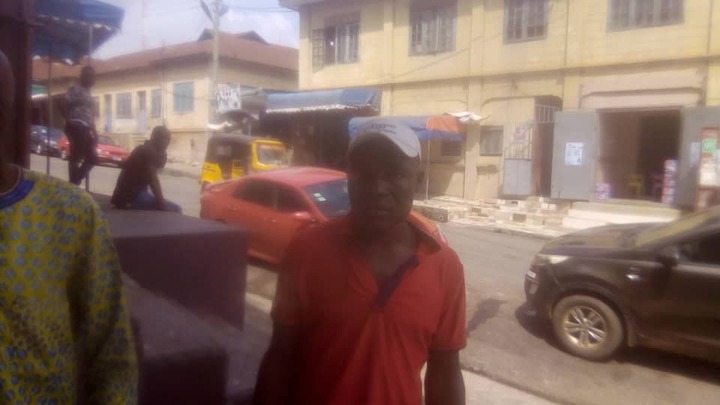 called for calm since he would solve the issue amicably to ensure peace and unity between his two workers.