By mirrorboi (self media writer) | 1 year ago 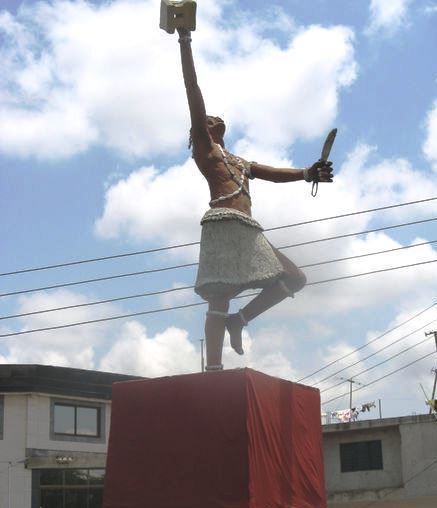 The traditional religion was the first religion that was practised inside the Goldcoast before the Europeans settled. Through their evangelical process, they switched the inhabitants of the Goldcoast to the Christian religion.

Among the Ashantis, the fetish priest is someone that cannot be expelled from the traitional system of governance. He is just like the normal day pastor who leads the church congregation to God. The fetish priest, known as the "Okomfo" in the local Twi dialect of the Ashantis, was the one who led the people to the gods of the land. You dare not question his greatness. He carried messages to and fro the gods of the land. He was actually the fortune teller of the land.

According to history, Okomfo Anokye is a native of Akuapim, a town by name Awukugua, who through the Asantehene's alliance with their chief, got into ties with the Ashantis. The Asantehene liked Okomfo Anokye so much that he requested to go to the Asante land with him after he prophecied about him.

In the Asante land, news spread over that there was a very great man who performed wonderous miracles. This raised the eagerness of the inhabitants to know who the Okomfo is. One of the miracles he performed was inserting a sword into the soil with the statement that no one can pull of the sword off the ground. It is not a joke. It is something real and true. The location he did this is currently where the Okomfo Anokye Teaching Hospital has been erected.

See image of the sword below; 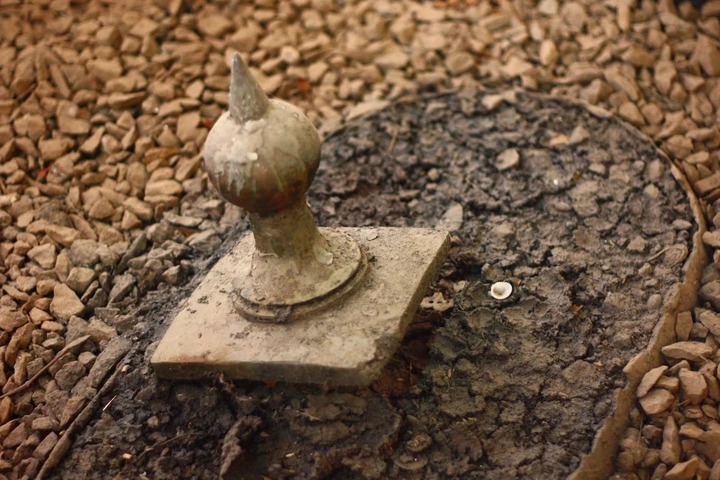 Okomfo Anokye is well noted among the Ashantis as the leading figure of the Ashanti unity. Are u aware of the unprecedented unity among the Ashanti land? You think Rome was built in one day? Definitely not. There is a history as to how the Ashanti chiefs and towns united under one umbrella, which i seek to enlighten readers on.

The Okomfo on one friday called for a durbar. Chiefs and queens from various towns had been summoned to witness what will go on. Okomfo Anokye miraculously commanded a Golden Stool from the skies. Everybody on the durbar ground witnessed the scene. He was not just performing miracles but was trying to communicate with the elders present. The message was that, the Asanteman was now united with the Asantehene as the king with the utmost authority. 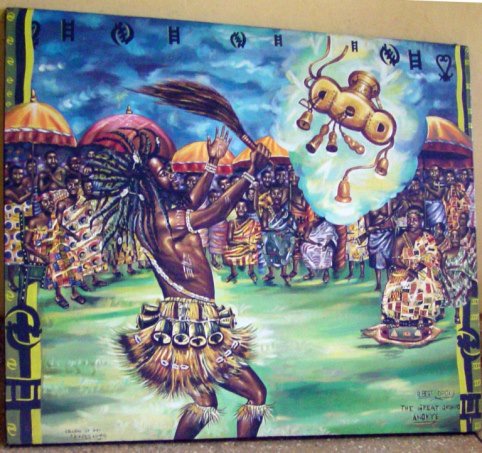 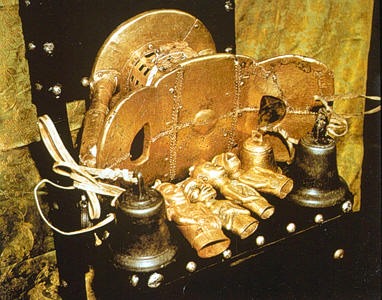 The Golden Stool is actually the symbol of Asanteman. It marks the day Okomfo Anokye assembled all the kings and queens of the Ashanti land to unite them under one umbrella.

Not forgetting this history, another tribe also believe that Okomfo Anokye is not from the Ashanti land. It is the Ewes who brought this counterargument. They believe that the Okomfo is from their land. I would like to end here by telling readers that my next article will talk about the Ewes conception about Okomfo Anokye.

There is history before we also make our own history. Learn the previous history you never came to meet.

As the COVID 19 pandemic continues to spread along the globe, i volunteer as a frontliner to preach to people to observe the protocols and safety measures.

Thank you for your usual cooperation!!!

Content created and supplied by: mirrorboi (via Opera News )