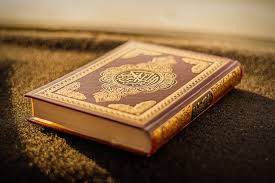 This challenge is clearly stated in the Holy Qur'an; “If men and jinn should combine together to bring the like of this Qur'an, they could not bring the like of it, though some of them supported the other.” Qur'an 17:88. Still on yhe anothet occasion, The holy Qur'an has eased the condition for such a challege; “Or do they say: He has forged it. Say: then bring ten forged chapters like it and call upon whom you can besides Allah, if you are truthful.” Qur'an 11:13. And later, the Holy Qur'an adds: “If they did not accept this invitation, be aware that these verses are from God.” This continual challenges reveak the fact that the Great Prophet had relied heavily on the Holy Qur'an and presented it as His miracle despite the fact that He performed numerous other miracles mention of which can be found in the history books. 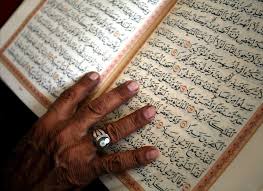 Since the Holy Qur'an is a living miracle which is available to all, the Muslims rely on it extensively. How did the infidels show their weakness in response to the challenges from God regarding the verses of the Holy Qur'an? It is worth noting that the Qur'an put a lot of pressure on the infidels to encourage them to mount a response to its challenge becasue it did not like to give the infidels a chance to make any excuses. Expressions such as “If you tell the truth.... ” “You will never be capable of..... ” “Ask the whole world for assistance ....” “Bring forth atleast one chapter like it.... ” all explains the fact that God had mounted pressure on the infidels to accept the challenge. Besides all this, the Prophet's holy wars against the unbelievers was not an easy task because Islam had endangered not only their religion to which they were inclined but also their economic and political interests. 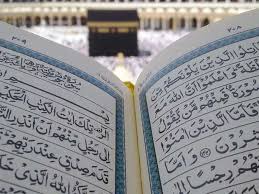 In short, even their very existence was severely jeopardized. In other words, the advance of Islam had disturbed every aspect of their life . For this very reason , they had to fight back vehemently in order to weaken the Prophet of Islam, they decided to bring forth verses similar to those of the Holy Qur'an so that they could not be intimidated by it anymore. They asked all their eloquent writers to combaf the Holy Qur'an but each time they took part in the competition they were the losers. The account of these failure is recorded in Islamic history books. Among those who were invited to this contest was Walid ibn Mighirah of the tribe of Banu-Makhzum who was quite well-known among the Arabs in those days for his penmanship and his literary style. He was asked to deliberate on the Holy Qur'an and tell others about the impressions he got from it. Walid asked the Prophet to recite some of the verses of the Qur'an for him and yhr Prophet rexited a part of chapter 41 to him. 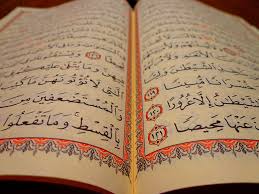 These verses excited Walid so much that he jumped up instantly and headed towards his tribe snf said; “I swear to God I heard some words from Muhammad that are similar to the words of human beings nor of the fairies. His statements have a special flavor and a unique beauty. Above them you would assume branches filled with fruits and their rootsencompass deep meanings which dominate everything and are dominated by nothing. ” These remarks of I'd caused gbe tumor among the tribe of Quraish that Walid had been enchanted by Muhammad.