Mark 9 records a remarkable episode of Jesus casting out an evil spirit that His disciples were previously unable to cast out. The same episode contains Jesus’ teaching about the importance of faith. There were other instances when the disciples were able to cast out demons, but Jesus explains that the demon they encountered in Mark 9 could only come out by prayer and fasting (Mark 9:29).

As Jesus was rejoining His disciples after the Transfiguration, a person in the crowd brought to Jesus his son, who he said was possessed by an evil spirit. The demon in the boy made him mute and had even tried to drown him and burn him with fire (Mark 9:17, 22). The man had brought his son to Jesus’ disciples to cast the spirit out, but they were not able to do it (Mark 9:18).

Jesus rebuked the crowd for their unbelief and told the man to bring the son to Him (Mark 9:19). When he was brought into Jesus’ presence, the boy was thrown into a convulsion by the spirit that possessed him, and the man said to Jesus, “If you can do anything, take pity on us and help us” (Mark 9:22). 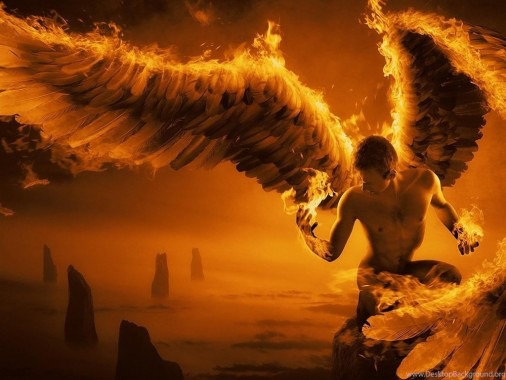 Jesus turned the situation back on the man, saying, “If you can,” adding that all things are possible for the believing one (Mark 9:23). The man was not sure if Jesus could accomplish the task, but Jesus challenged the man that the issue was his belief or unbelief. If he would believe in Jesus, Jesus would resolve the situation.

The man humbly replied that he did believe but asked Jesus to help him because his belief wasn’t very strong (Mark 9:24). As Jesus observed that a large crowd had gathered, He commanded the spirit to leave the boy never to enter him again (Mark 9:25). After causing more convulsions, the spirit left the boy, who appeared as if he were dead (Mark 9:26).

While the King James Version records Jesus as saying that the demon in Mark 9 could only come out by prayer and fasting, other translations (ASV, NASB, ESV, NIV, etc.) leave out “and fasting” and only mention prayer. The difference is due to some translations’ use of older and less numerous copies of manuscripts, while the KJV translates from some of the more recent and more numerous copies.

Sometimes the manuscripts will have slight differences, often referred to as textual variants. Mark 9:29 is an example of a passage with a variant. While there are many variants in the Greek manuscripts of the New Testament, it is remarkable that none of the variants create any significant doctrinal challenge—they are usually minor and don’t impact the message of a passage at all.

As Jesus explains to the crowd, the key was the faith of those involved (e.g., Mark 9:19, 23). So it is evident that prayer rooted in faith in Jesus Christ is effective (see James’ assertion that the prayer of a righteous [believing] person is effective, James 5:16b). Jesus was challenging the crowd, the boy’s father, and the disciples on the importance of believing in Him as the One who could accomplish what would otherwise be impossible.

How Citizens Reacted To This Picture Of Sarkodie

The Only African Country With Ballistic Missiles