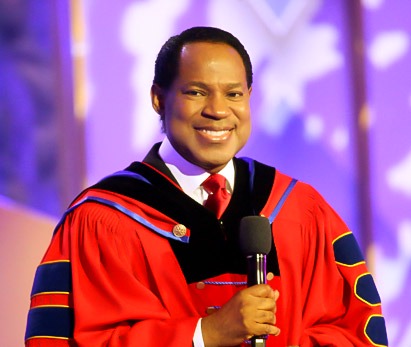 In Christian, Jewish, and Muslim tradition), fallen angels are those who rebelled against God and were cast out of heaven. This means those angels don't operate on the heavenly plain but on lower spiritual plains.

The term "fallen angel" appears neither in the Bible nor in other Abrahamic scriptures, but is used to describe angels who were cast out of heaven or angels who sinned against God. These are the angels which often tempt humans to sin.

According to Pastor Chris, fallen angels fall into two groups according to the Bible and the first group were those that went along with Lucifer. Thus, they fell and followed Lucifer.

The second group of fallen angels were those according to Pastor Chris failed to keep their place and mixed with human beings on earth and produced offsprings that were referred to as giants.

Explaining further, he said angels are not a race and no two angels are the same and they don't reproduce. "They are all of different kinds and one angel is completely different from another angel. There is no race of angels".

As far he is concerned, angels have no race and they rather belonged to different classes and their glory too are of different kinds. As such when the angles fell, they fell from such glory that they couldn't keep their celestial bodies because of the classes they belonged to.

Again he said, Demon spirits are fallen angles without their celestial bodies and as such they take on different shapes and they try to possess people.

Spirits can only act physically through people and they either influence your spiritual self to act according to their wish or better still possess an individual to act in ways as pleases those spirits.

According to Oyakhilome, those fallen angles that have more glory posses people and those that have less glory are the ones that afflict people with all kinds of diseases and problems.

In Dr. Chris Oyakhilome's understanding, spirits operate according to ranks and those at the lower ranks or classes of the fallen angles are what he termed as Demon spirits which afflict people like how viruses or germs attack humanity.

"A lot of times, they are referred to as spirits of infirmity. They attack and destroy the human body".

The names of some fallen angels within the Christian and Pagan Mythology are Moloch, Chemosh, Dagon, Belial, Beelzebub, Satan etc.

The LoveWorld Incorporated founder made these revelations in a sermon delivered to a church monitored on a Facebook page called "Affirmationtrain".

In concluding his sermon, Pastor Oyakhilome referenced from Ephesians Chapter 6 of the Bible and said there are classes of spirits. It is said "We wrestle not against flesh and blood but against principalities, powers, rulers of the darkness of the world and the next one is called spiritual wickedness in high places".

He added these are those that are in conflict with humans but are not the only categories of evils spirits in this world.

According to him the spirits that fell with Lucifer out number that of humans but they all fell according to their glory which ensures order in the spiritual realm.

As a result of this, higher spirits send lower spirits on errands to do their bidding and as such not all fallen angels have the same categorization but are all evils spirits.