By KofiLegit | self meida writer
Published 19 days ago - 9129 views

According to the teachings and doctrine of Christianity as a True religion, it is well known that Church is one the most holiest and quite place, where Christians Gather to pray and worship GOD, who is the supreme being and the creator of the whole Universe. But it is pertinent to note that irrespective of how Church is being regarded as GOD dwelling place, most people don't have respect for GOD anymore. They go about doing things whichever way they like. Some people commit unspeakable crimes and atrocities right inside the Church, without knowing that there is always a repercussions for every actions we take her in life.

Secondly, we all know that according to the Christian belief, the church offering is something biblical and it is a way by which Christians give back to GOD, in appreciation to him for having blessed and kept them during the week. And the money which is realised during the Church service, is being used to take care of some Bills inside the church, and equally pay some stuffs working at the church. Some parts are used also to assist the less privileged ones.

A lot of people mostly Christians, are reacting over the luxurious type of lifestyle that some Pastor live. As some Men of GOD have acquired private jets and Expensive Cars. But funny as it may sound, most people have decided not to give offering again, because they think they are indirectly enriching the Pastors through that means.

An unidentified Pastor has posted what he Discovered from his Offering Box after Sunday Service, just as he opened it to collect the money given during the service section.

In the Note which he Discovered, it reads "You have Private Jet Already, and I have Only Toyota. I no dey give you shi shi", The post reads.

Below are the reactions and comments of some internet users: 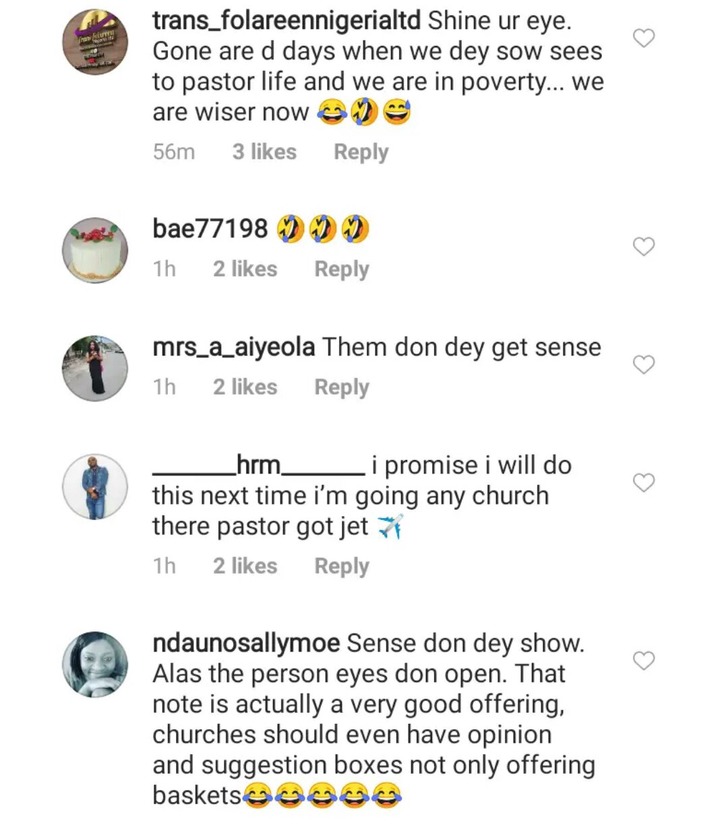 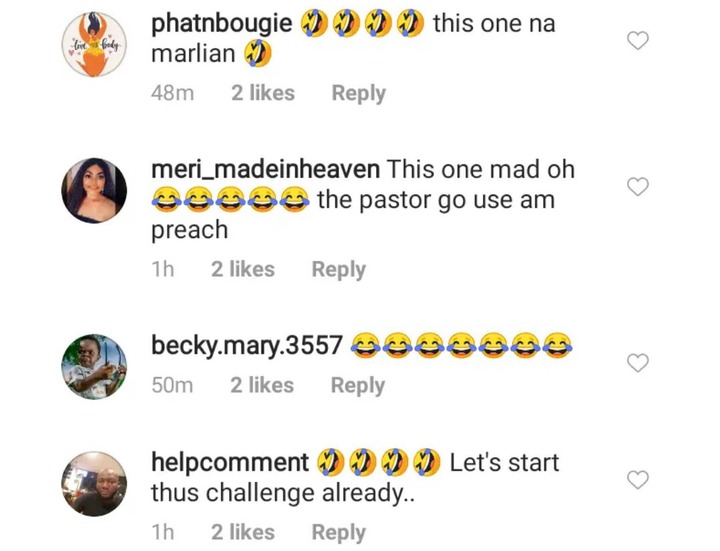 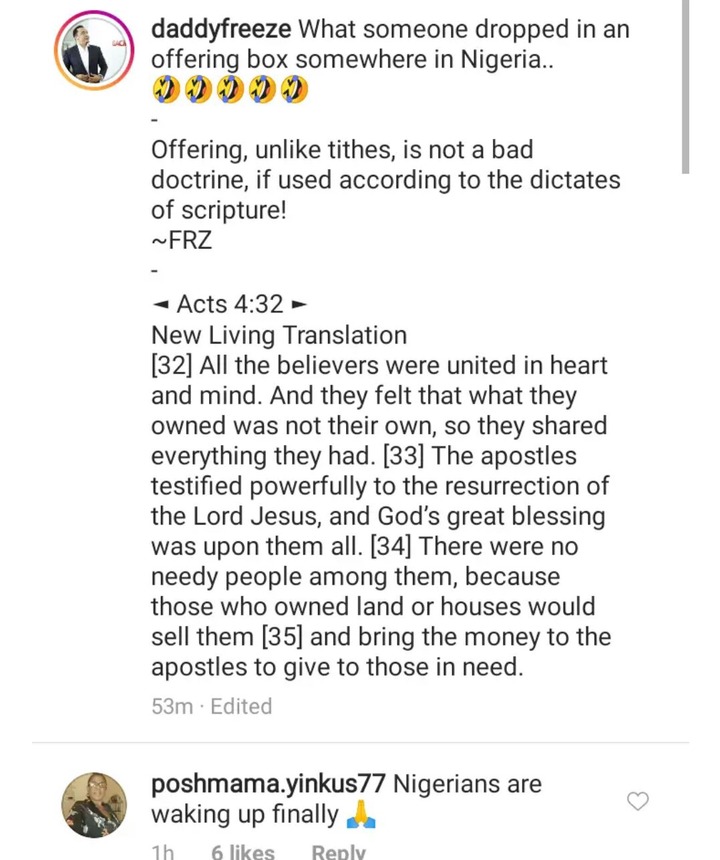 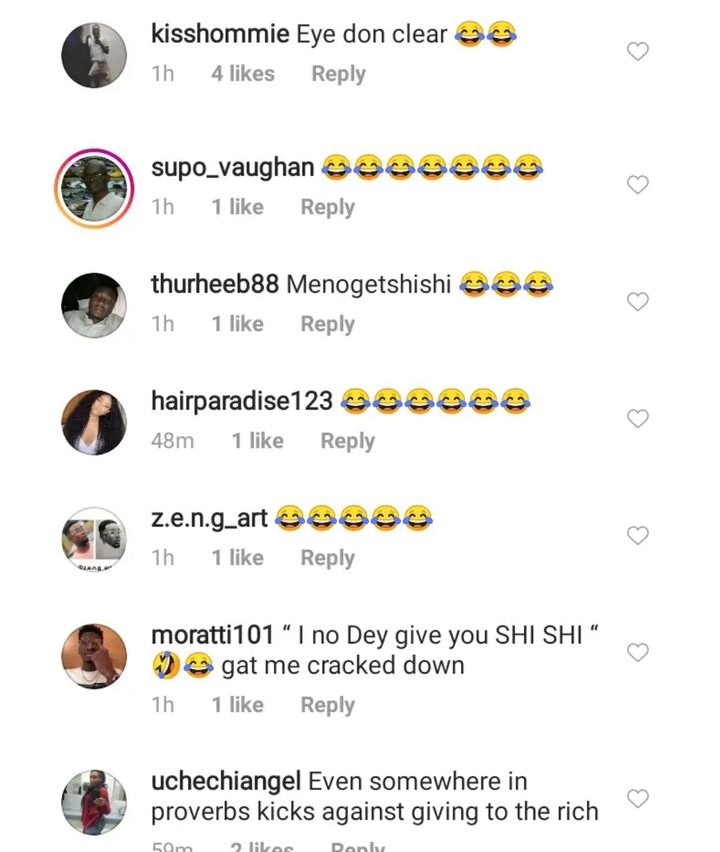 In reacting to this, some persons really felt the post was funny, but some Ghanaians stated that this Post actually proves that Some people don't fear GOD Nowadays. Others were of the Opinion that what the man did by keeping that note inside the offering Box, shows that people are now getting wise and smart.

Below are the screenshot of the Note: 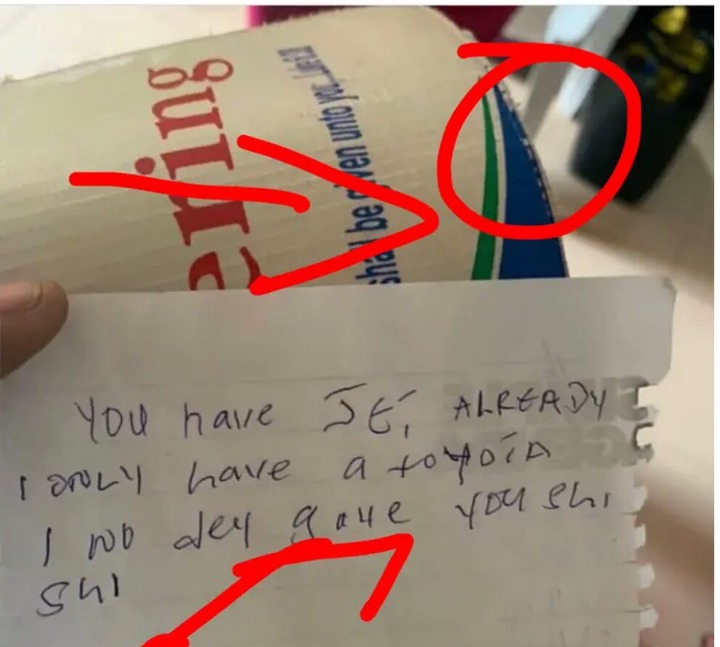 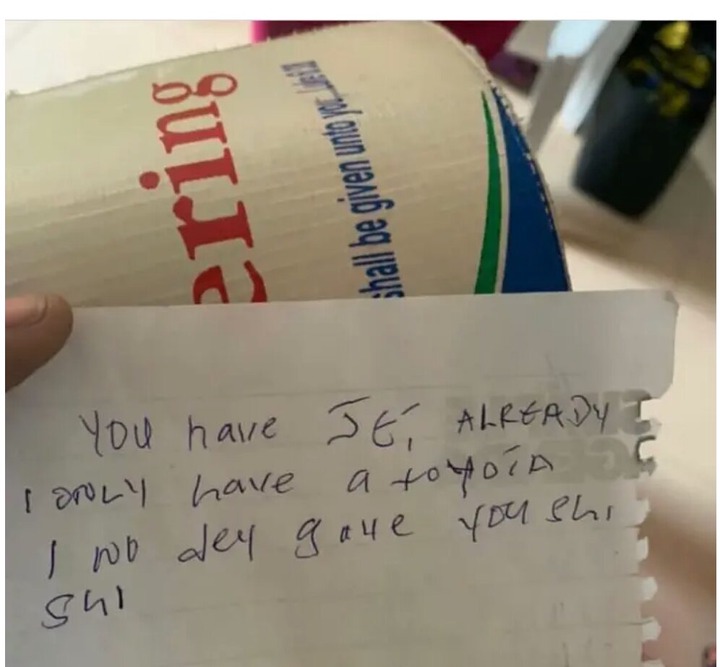 What is your take on this. Do you think that what this unknown Man did was right or Wrong?

Please kindly share this article across to all social media platforms in Ghana, let's gather the opinion of other internet users, Thanks.

Christian Christianity Universe
Opera News is a free to use platform and the views and opinions expressed herein are solely those of the author and do not represent, reflect or express the views of Opera News. Any/all written content and images displayed are provided by the blogger/author, appear herein as submitted by the blogger/author and are unedited by Opera News. Opera News does not consent to nor does it condone the posting of any content that violates the rights (including the copyrights) of any third party, nor content that may malign, inter alia, any religion, ethnic group, organization, gender, company, or individual. Opera News furthermore does not condone the use of our platform for the purposes encouraging/endorsing hate speech, violation of human rights and/or utterances of a defamatory nature. If the content contained herein violates any of your rights, including those of copyright, and/or violates any the above mentioned factors, you are requested to immediately notify us using via the following email address operanews-external(at)opera.com and/or report the article using the available reporting functionality built into our Platform