The holy Prophet in the sixth year of hijra

During the time that the news of sending the holy prophet to Iran reached the polytheists because of this issue, tore the letter of the holy prophet and wrote to Ba'zaan his agent in Yemen that he should send the writer of this letter to him, Ba'zaan also sent two Iranian people by the name Babawaihi and Khusra to Medina to convey the message Quraysh they became very happy and said there will be no way out for the prophet again since he has faced the king of kings Khusra Parviz he will be finished by him. 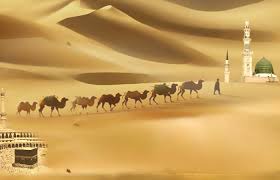 The representatives of Ba'zaan with the warrants that they had in their hand came to the prophet in Medina and explained their mission. The holy prophet said you should come tomorrow and collect your answer. The following day when they came to the prophet (for the answer) the holy prophet said “Shirwiyeh tore his father's stomach Khusra Parvizyester-night and killed him.

The prophet said: God informed me that your king has been killed and your territory will come under the control of the Muslims very soon. You should now go back to Yemen and ask Ba'zaan to accept Islam. If he becomes Muslim the government of Yemen will remain with him. The holy prophet gave gifts to these two people and they returned to Yemen and informed Ba'zaan of the episode. 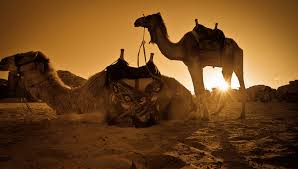 Ba'zaan said: we are going to wait for some days, if the information is true that he has died it will be known that he is a prophet and he speaks from the side of God and that time we shall make our decision. Few days after this event that Paiki arrived from Taispoon and brought a letter from Shirweih to Ba'zaan.

Ba'zaan got informed officially about the episode and Shirweih explained to him the reason for killing his father, Shirweih wrote that he should call the people of Yemen to support him, he should leave that person that proclaimed prophecy in Hijaz to be free and shouldn't do anything that will make him angry. 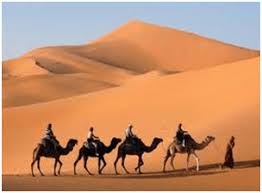 The prophet allowed Ba'zaan to remain in his government and from that time he continues governing Yemen from the side of the prophet and spread and propagates Islam, he seated the opposing ones and the enemies in their places.

Ba'zaan passed away during the lifetime of the prophet and the prophet appointed his son Shahr bin Ba'zaan to the government. He also continued his father's method and do fight with the enemies of Islam.