T. B Joshua, the late man of God, has had more secrets and insights revealed about him. T. B Joshua's former prophet delivered a disturbing revelation concerning the man of God, and he spoke it with confidence and boldness.

"When I joined the synagogue church, I felt I had found a savior, but I had no idea I had begun my journey into hell." In the 1997 crusade, I joined the evangelical class, and my performances took me to Ghana. When I returned from the crusade in Ghana, the reports T. B Joshua received about me and my performances there drew me closer to him, and his agents advised me to join the disciples."

"When I first joined the disciples, I was taken aback by what I found there." There was no power, no force as strong as brainwash in this concentration camp. I was gradually misled into abstaining from meat and fish consumption. I was gradually introduced to the practice of humiliating others. A lady was accused of fornication, which was all a lie, and she was stripped naked in front of all the disciples and paper was ground and mixed with water and placed into her virginity."

"On his birthday, June 12, 1999, I was made a prophet." The powers placed in me grew stronger after that. I became a horror to my co-disciples, and people avoided me because I would do anything he asked of me. I would slap a disciple even if he asked me to. We were regularly caned behind the back with a cow tail. We helped him torment people to the point where they couldn't speak. We were putting on a brave face in front of others, but we were truly crying within. Furthermore, we were brainwashed into believing that T. B Joshua was the Lord, and that even if you offended him on earth, you would still be able to see him in heaven."

"The prophecies he made were based on information given to him by members who would collect material at the gate and dump it at the camp, where he would read it one by one. His disciples vetted and interviewed people only for the purpose of gathering information and sending it to him for use as prophesy. After 2 or 3 months, he used them as the foundation for his predictions."

"All of the miracles he performed were staged or planned." I purchased a total of four wheelchairs. We indoctrinated them into believing that unless they sat in wheelchairs, they would never see him. All of them were acts of dishonesty and manipulation. T. B Joshua and I were involved in a slew of heinous acts." 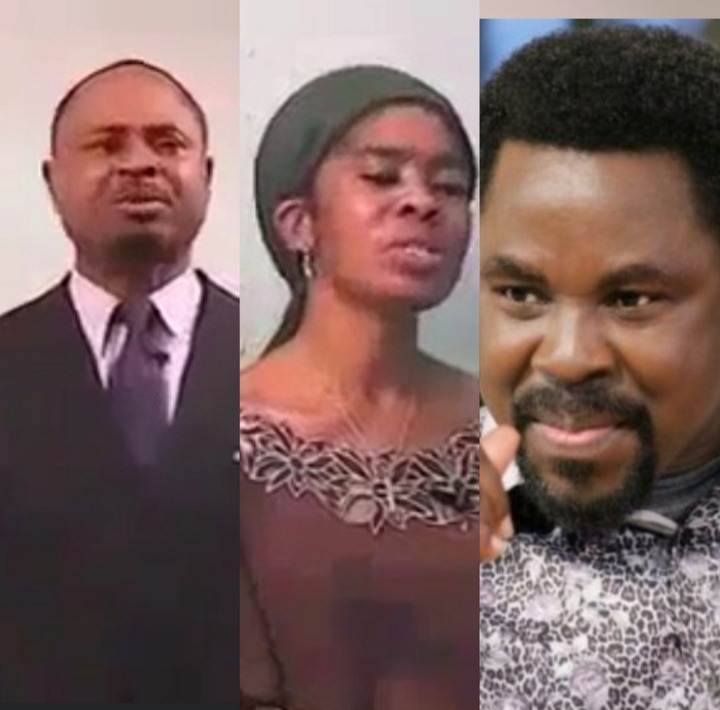 "He utilized us to oppose other ministers." He dispatched us to different churches, charging our phones up to 15000 Naira in airtime only to acquire information. He was the personification of deception, a haunted house" He would sometimes urge us to put images of well-known Nigerian pastors under his shoes so that he might walk over them and spiritually silence them." Joshua was not from God, but an antichrist".