The faithful moment in Islam

This time, Allah chose His sincere, truthful believer and servant, Muhammad, who carries an intact heart, who was worshipping Him inside this cave in the heart of the mountain, in the middle of the night! He chose him to become the awaited prophet and messenger who will lead all of humanity out darkness of ignorance to the light of guidance, and who will demolish the foundations of polytheism, disbelief, injustice, arrogance, corruption, and hypocrisy. Muhammad was chosen to become the deliverer of the final divine Message from the Great Creator to all people in every time and place, such that no prophet or messenger will come after him till the Day of Judgment! There are no more prophets to await. The only event left to anticipate is the reappearance of the Self-Guided (Al Mahdi) Imam from the descendent of the holy household of Muhammad Peace be upon him, to act as the proof of Allah and the sustainer of His religion. By the will of Allah, he will establish justice and fairness on earth, and will revive and revitalize the message of his grandfather, the Seal of Prophets and Messengers. 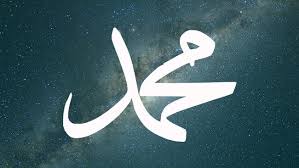 Allah has chosen Muhammad for His Message from the entire minority of believers who were scattered here and there. Now we understand why! Allah chooses and selects whomever He wants and does as He pleases! Without a doubt, it is the special and unique relationship between Muhammad and his Lord which we previously discussed! Allah wills, by His Grace and Mercy that on this fateful moment, the doors of heavens open suddenly, and the angels led by the trustable Gabriel descend for the first time since the elevation of Prophet Jesus while Muhammad is engaged in the worship and supplication to his Lord. He is about to receive the great honor that Allah is about to bestow him by choosing and selecting him over all mankind to become his Seal of Prophets and Messengers! He is yet to officially receive the huge responsibility and great message which is about to fall on his shoulders. He is yet to embrace the great honor which await him and which he's about to experience in Cave Hiraa’ on the night of the 27th of Rajab. 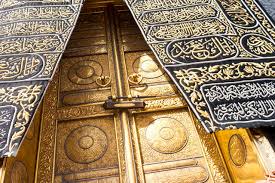 May the peace, prayers, and blessing of Allah be upon Muhammad, His Noble Messenger and the Seal of the Prophets and his blessed and purified holy household!

How To Know If She Has Friendzoned You

Get Her: How To Make Her Your Girlfriend And Not Just Your Friend

Stonebwoy’s Fans React To The “Fake Friend”. Tag From The SM Fans

Five Easy Ways To Know If She Is Single

If You Experience Itchy Ears And Throat, Just Know That These 2 Things May Be Happening To You