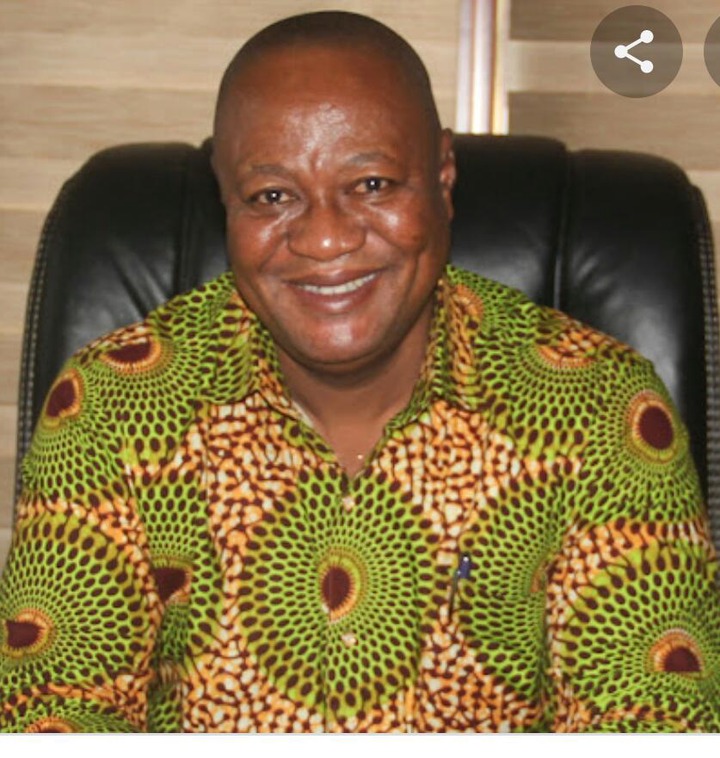 The founder and leader of the Christ International Bethel Assemblies in Sunyani, Apostle Eric Yiadom has stressed the need for the National Executives of the New Patriotic Party to sanction the chairman of the Ashanti Npp Mr Bernard Antwi Bosiako popularly known as chairman Wontumi.

Over what he termed as Wontumi's alleged violation of the party's constitution for showing open support for a particular Presidential hopeful of the party.

Speaking to the Opera News in an interview, the clergy observed that he has been closely monitoring the Ashanti Npp chairman where his results shows clearly that Wontumi has a common agenda to campaign for a particular presidential hopefuls in the party.

Apostle Yiadom wondered on how the big wigs of the party continue to keep silent since the constitution of the party do not allows party activists to show open support for a particular candidate who is yet to contest for elections.

From my probe based on the several clauses in the party's constitution, what chairman Wontumi is doing is a constitutional blunder which demands sanctions, the clergy pointed out.

The rules and guidelines that govern the party don't give mandate to anyone to show his open support for any either prospective presidential or parliamentary candidates, the Apostle indicated.

The man of God alleged further that chairman Wontumi is not above the constitution of the Npp and as such must be sanctioned to serve as a deterrent to others who have planned to take the same decisions.

Apostle Yiadom asked that if all supporters of the party decided to declare their open support for their presidential hopefuls at the time the party has not officially announced them,what effects would happened, when it reached the final point of voting the contestants.

In an answer to a question the man of God conceded that though the National Secretary of the party, Lawyer Justin Frimpong Koduah has come out to caution Wontumi to be mindful of his conduct, yet what chairman Wontumi is allegedly doing should not be greeted with caution.

This is because he has allegedly already declared his open support for his cronies instance he mentioned the former National Secretary John Boadu who despite Wontumi's effective campaign in his favor, lost the national delegates conference elections.

I prefer sanctions to caution, the man of God told the correspondent insisting that since Npp is a big political party that believes in rule of law it would be prudent if the constitution of the party is strictly applied to ensure transparency at all times.