The Impact of Faith by christians 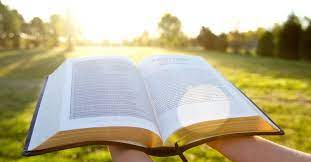 Saul was the name of a young man who was there when Stephen was killed for his faith. He didn’t try to stop what was happening. He approved of it. He held the coats of those who were throwing stones at Stephen and later hunted for other Christians he believed deserved persecution for their faith. As Stephen closed his eyes on earth for the last time, this young man named Saul was someone who wanted nothing to do with Jesus and someone we may have even voted as ‘least likely to be in heaven one day.’

Yet, this Saul is the same man who eventually became a disciple of Jesus, helped establish Christian churches throughout the world, and wrote 13 books in the Bible. Many today know him not as Saul but as the apostle Paul. It was a direct confrontation with Jesus that finally opened Saul’s eyes of faith. But as Saul looked back on the day Stephen died, he no doubt remembered a powerful example of what faith looks like. It is difficult to imagine that Stephen’s witness did not make a difference in Saul’s life, even if Stephen never saw that difference during his life on earth.

That’s the way it is with a Christian’s life of faith. Whether they know it or not, their life makes an impact on those around them. Perhaps you can think of a Christian whose life of faith impacted you. That life was lived the way it was because that Christian knew the love, joy, and forgiveness only Jesus can provide. It is a love, joy, and forgiveness that he provides for you, too. He promises it. And you can be sure he will keep his promise to every one of his followers.