Mystery Solved- Here Are The Wives Of Cain, Abel And Seth And Where They Came From. 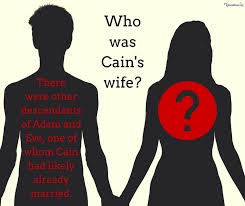 One big mystery in the holy Bible regarding the story of creation is the women Cain, Abel and Seth got married to and where they came from. The holy Bible was silent on where the three sons of Adam and Eve got their wives from? Some are of the opinion that they moved far away to a different land to marry there. Others too of the opinion that the fallen angels that were enslaved on earth give birth to females who were later married by the three sons of Adam and Eve.

In both scenario lies other mysteries still difficult to decode, that is who created those women in that far away land and on the case of the fallen angels too where did they get the women to marry for them to give birth to their own children? But happily to ever mystery there is a special key to decode it.c 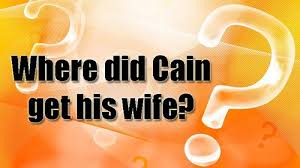 According to Genesis chapter 5 verse number two, Adam and Eve gave birth to both Boys and girls just that the Bible was silent on the names of the females born by them. Several Bible commentaries confirms that Cain who was the first son had a twin sister by the name Lorura and Abel too had a twin sister called Aklria. God in his own wisdom made it possible for both Cain and Abel to have their twin sisters who would automatically be their individual wives when they grow.

Don't forget in the olden days during the tradition of the Jews, one was permitted to marry his own sister, so Cain and Abel came with their individual wives from birth. But the question now is what about their younger brother Seth, did he also have a twin sister? 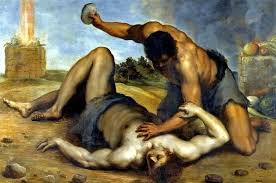 It should be emphatically clarified that Seth was born after Cain had killed Abel. So after Abel was killed his twin sister was idle and needed a life companion hence the birth of Seth to take the place of his death elder brother, Abel.

So it should be noted that Adam and Eve gave birth to 5 children in all, Three boys; Cain, Abel and Seth after the death of Abel and two daughters; Lorura and Aklria. Cain married his twin sister, Lorura and Seth married his elder sister Aklria. This is how the descendants of mankind started from. Read Genesis 5:2 and Genesis 4:23 for more clarity.

It should be noted that the holy Bible do not contain the full story of creation but a summary of it, so to get the full picture, read Bible commentaries and concordance.

Send your views and opinions at the comments section below.