By AlRagadawu (self media writer) | 3 months ago 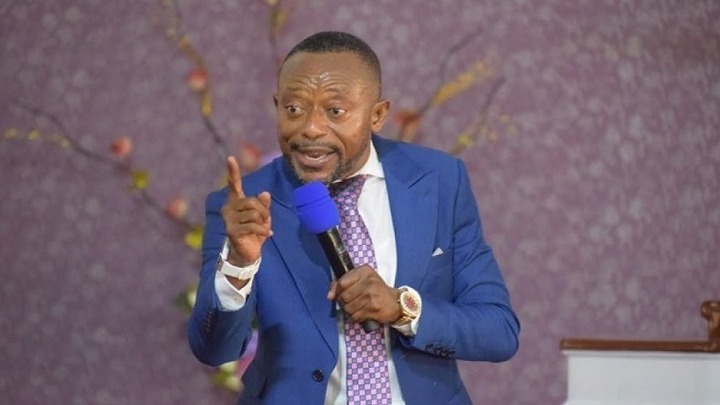 Captain Smart in one of his programmes said that the National Chief Imam could have channelled the money he donated towards building the national cathedral to the development of Zongos. He said Zongos are the poorest and some doesn't even have three square meal but he used the money to pay for Cathedral building.

Captain Smart alleged that most of the popular Ghanaian Pastors like Heward Mills, Duncan Williams etc have not even contributed towards the national cathedral and chief Imam is hurriedly contributing.

This assertion by Captain Smart infuriated prophet Owusu Bempah who took his time to school Captain Smart on things he had no idea of.

According to reverend Owusu Bempah, Archbishop Duncan Williams was the fundraiser at the ceremony to raise funds for the Cathedral at Washington DC. He said Duncan Williams and most of the pastors Captain Smart is alleging that they've have not contributed have ironically done beyond his imagination.

He said Pastors like Dag Heward Mills have contributed amount of money he cannot mention at the blind side of the media. The same applies to others pastors.

He said even he himself have contributed more than Ghc400,000 without blowing it on the media and that doesn't mean he has not contributed. He also added that even those Pastors he thinks have not contributed might have plans towards that so Captain Smart should shut up and focus on his credibility crisis.

Meanwhile, reverend Owusu Bempah thanked the national chief Imam for the matured gesture he showed and leading as an example how different religions should coexist. He said the likes of Chief Imam is not easy to come by as a nation.