By kvngadinoyi (self media writer) | 1 year ago

The founder and president of Believers Loveworld aka Christ Embassy, Pastor Chris Oyakhilome had just revealed the date of rapture. When the world will come to an end.

He used a maths formula and Bible verses to calculate the date in which rapture will take place on Earth. 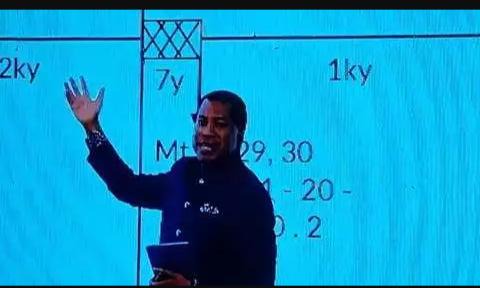 According to him, the world will come to an end in 10 years or more.

Okokobioko! Hehehe. Nothing Jubril won’t see for Nnamdi Kanu and IPOB hand. So none of us will see 2023 like this. Chai this life no Balanciaga.

Well, I wouldn’t say Pastor Chris is a fake man of God..that will look or sound disrespectful. Instead, I’m gonna use some few Bible verses to prove him wrong and show you guys that Chris is lying.

Even Jesus Christ, the one we are expecting made it clear to us that he doesn’t know when the rapture will take place.

“No one knows about that day or hour, not even the angels in heaven, nor the Son, but only the Father.”

Though the above statement by Jesus sounds funny. How could he claimed not to be aware the day or hour, when he category told us that him and the father are one. Anyways, that’s by the way.

“Therefore keep watch, because you do not know on what day your Lord will come. Matthew 24:42.

So how come Pastor Chris was able to know? Uncle be calming down small small.

Anyways, in the days of Noah, a message as this came but the people ignored and made mockery of him. But at the end, it happened and they were all wiped out from the surface of the Earth by flood.

So as a Christian and believer of Christ, I’m not gonna completely disagree with what Pastor Chris said, but with his calculation. He sounded silly analysing that on the board. Sadly those seated around and with him couldn’t say a word or counter the prediction. They were shouting “Yes Pastor, ride on papa”

This is not a prophecy but a prediction and it is coming from his head and not from God! That’s why it ain’t specific.

God doesn’t work this way Hunkle Chris. God is always specific, He doesn’t guess. He is not the Author of confusion.

“For God is not the author of confusion but of peace, as in all the churches of the saints.”

Which one is “If rapture doesn’t happen in 3 years, it will be 6 years, if it does not happen in 6 years, it won’t exceed 10years”. NEVER! God cannot say this. Whatever time it is, He will say it straight up.

I’m not tryna be insulting, but I think Pastor Chris urgently need a therapist. His mental health is not in order. He’s losing it already!

Same man made a comment about 5G network sometime ago. How 5G is demonic, how 5G causes Covid-19, bla bla bla.

Unfortunately, I was one of those that defended him then. I did that because Chris is a man I respect so much. Secondly, I’m his Church member. I had to defend him by all means. But not on this one! This rapture prediction is silly and should be condemned.

Pastor Chris is wrong this time. I’m not gonna go further. I believe with few Bible verses above, you can agree with me that this rapture prediction by Chris is silly and unreasonable.

So guys thanks for reading to this point. Now we would like to hear from you all! 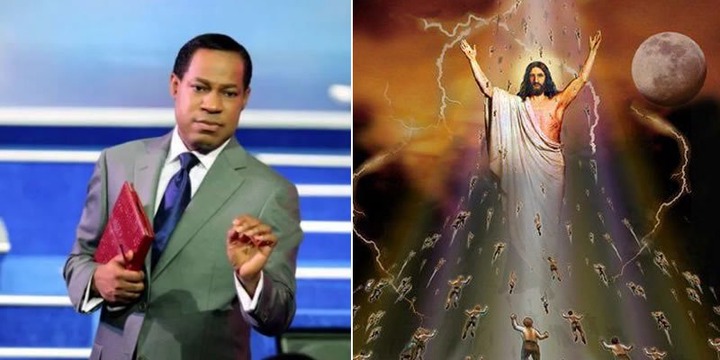 Content created and supplied by: kvngadinoyi (via Opera News )