How can Sir John be in hell after holding all these offices without being corrupt?

By Giinagh.com (self meida writer) | 15 days 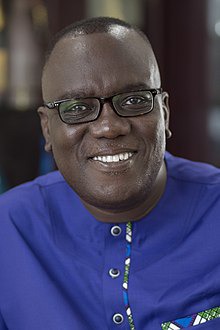 The issue somebody not making it to heaven after his or her death usually depends on the deeds of the person when he or she was alive. It therefore doesn't rest with any mortal being to determine where a dead person goes.

But according to a news item today, the founder and leader of the Alabaster International ministry has said that despite the good things people are saying about the former New Patriotic Party's general Secretary, Mr Sir John, he might still miss the right hand side of the Almighty God.

He was said to have made this statement during his usual Sunday sermon to believers during a church service.

However, after Sir John became a lawyer in 1981, he practised as a lawyer and during this time, he was still engaged in active politics.

When the New Patriotic Party won power in the year 2000 under candidate Kufour, he was made the head of legal services at the Ghana National Petroleum Corporation (GNPC)

And then in 2010, he was elected as the general Secretary of the New Patriotic Party, a position he held till 2014.

As if that was not enough, he was appointed the Chief Executive Officer of the Ghana Forestry Commission in May 2017 by the current president.

As a politician, one would have thought that, corruption will cause him his ticket to heaven. But throughout his Political career, he has never been accused of being corrupt in the midst of these allegations levelled against his colleague politicians and public office holders, how then can a statement be made that he might be in hell?

What Abenoa and Akoma people are drinking as water (Exclusive)