By PrincessTBlog (self meida writer) | 18 days 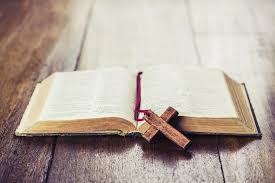 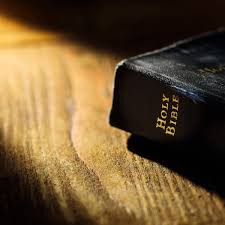 ‎The Bible is the holy scripture of the Christian religion, purporting to tell the history of the Earth from its earliest creation to the spread of Christianity in the first century A.D. Both the Old Testament and the New Testament have undergone changes over the centuries, including the the publication of the King James Bible in 1611 and the addition of several books that were discovered later.

The Old Testament is the first section of the Bible, covering the creation of Earth through Noah and the flood, Moses and more, finishing with the Jews being expelled to Babylon.

The Bible’s Old Testament is very similar to the Hebrew Bible, which has origins in the ancient religion of Judaism. The exact beginnings of the Jewish religion are unknown, but the first known mention of Israel is an Egyptian inscription from the 13th century B.C.

The earliest known mention of the Jewish god Yahweh is in an inscription relating to the King of Moab in the 9th century B.C. It is speculated that Yahweh was possibly adapted from the mountain god Yhw in ancient Seir or Edom.

The New Testament tells the story of the life of Jesus and the early days of Christianity, most notably Paul’s efforts to spread Jesus’ teaching. It collects 27 books, all originally written in Greek.

The sections of the New Testament concerning Jesus are called the Gospels and were written about 40 years after the earliest written Christian materials, the letters of Paul, known as the Epistles.

Some in the church, inspired by Paul, began to write and circulate their own letters, and so historians believe that some books of the New Testament attributed to Paul were in fact written by disciples and imitators.

As Paul’s words were circulated, an oral tradition began in churches telling stories about Jesus, including teachings and accounts of post-resurrection appearances. Sections of the New Testament attributed to Paul talk about Jesus with a firsthand feeling, but Paul never knew Jesus except in visions he had, and the Gospels were not yet written at the time of Paul’s letters

The Scriptures are a diverse compilation of writings encompassing a few thousand years of human history. Here are 5 ways to help make the Bible easier for you to understand.

1. *Understand what the author intended*

The stories in Scripture take place within a *particular time and context*. The authors faced similar circumstances as our own, but within their own historical context. Many New Testament books (such as the *Gospels*) were written to specific Christian communities addressing their particular needs.  Find a good resource on the historical context in which the particular book you are reading took place. A good Bible will have some introductory text explaining:

• who did the writing,

• to whom it was written,

• and the situation in which it was written.

*Read from the Scriptures, not into the Scriptures*. Let God try to communicate to you what he wants you to know. It’s easy to fall into a habit of reading a preconceived notion into a passage to fit our own ideology, but a more fruitful way is to let the Scriptures speak to us.

Proper understanding comes through allowing yourself some time to *think about what you read*. Meditate on it. Think of how it might apply to your life. What is God trying to communicate to you through that passage?  Some in-‐depth questions might be:

• What does this text tell me about God?

• What does this text tell me about the people of God?

• What does this text tell me about myself?

Something as rich and vast as the word of God does not always make sense on the first try. *Re-‐read it as many times as you need* to help unfold the various dynamics that might be taking place.

Keeping these things in mind will help you enjoy the Bible in a clearer and concise manner!‎

Class and style at a glance: Meet the beautiful kumawood actress Portia Asare.