Open letter appealing to emblem the Late Prophet T. B Joshua as the face of humanity of the U. N

By InfoSpot (self meida writer) | 15 days 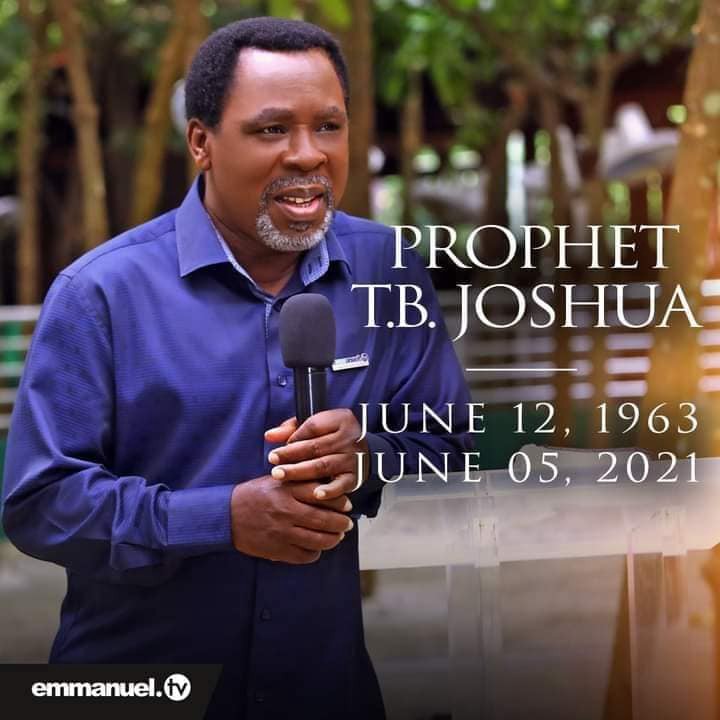 AN OPEN LETTER APPEALING TO IMMORTALIZE AND EMBLEM LATE PROPHET T.B JOSHUA AS THE FACE OF HUMANITY OF THE UNITED NATIONS.

This is to humbly appeal to your good office and conscience as someone that's saddle with the responsibility of ensuring global peace and the advancement of humanity, as a matter of global importance and posterity to please immortalize and emblem the Nigerian based televangelist of the Synagogue church of all Nations (Scoan). Late senior prophet Temitope Balogun Joshua as the face of humanity by the United nations.

Sir, i, am not in any position of authority to have suggested this to you but am pleading that this gets to you through whatever means for the sake of posterity and humanity to please consider and expedite action on this.

Sir, you will recall that the United Nations which you are currently manning was formed in 1945, immediately after the 2nd world war to mitigate and avoid specifically another global war precisely a 3rd world war and since then you and your predecessors have been doing your best in averting and persuading war mongers to always see the option of peace and went further to provide for humanity on areas of medical, food, shelter and even education all geard towards advancing man and his environment.

Sir, the sole aim of the United Nations is to preach peace and provide for humanity that's why she's been vested with so much power and resources by the various nations across the globe to carryout it sole task of advancing peace and humanity in all spheres of life etc.

Sir, the late Scoan boss in his little ways has done exactly what the United Nations has been doing, he had provided for countless people on areas of medical, food, shelter, education and financial grants all to help humanity.

He lived for humanity by being extremely selfless for giving up his all for humanity, this he did covering all tribes, race and Nations across the globe.

He has everything yet had nothing by giving his all to advance humanity, he's the perfect example of what United Nations stands for. He brought peace to countless troubled homes, families and Nations infact he troubled hell(religious considerations) greatly for the peace and freedom of mankind.

The late Scoan boss, had no personal account, cars, airplanes and masions despite the huge financial record of the Emmanuel TV and it's partners across the globe including other financil donors accruing to scoan on a daily basis, I mean this is a church he founded, midwifed and nursed to global reckon personally yet took nothing from it.

Sir, the late prophet lived for humanity as many powerful public office holders across the globe gave up certain actions that would have jeopardize peace in their nations which would have in turn cause global unrest through his wise counsels.

He gave hope to the hopeless, provide parental love for the orphans, gave education to the illiterates and less privileged, supported traders, farmers and even nations all in pursuit of advancing humanity etc.

Sir, if I, am to enumerate his philanthropic kind gestures there won't be space and time for that so am pleading that the United Nations should IMMORTALIZE AND EMBLEM the late Scoan boss as the face of humanity at the United Nations headquarters New York United States.

Thanks for your anticipated cooperation.

Content created and supplied by: InfoSpot (via Opera News )

From The Zongo Ministry, This Is Dr. Mustapha Abdul-Hamid's Newest Portfolio

4 Ways To Strengthen Your Relationship To Another Level