Ghanaian Prophet Abandons His Church For Abroad Only To Be Defrauded And Flown To Cote Divoire. 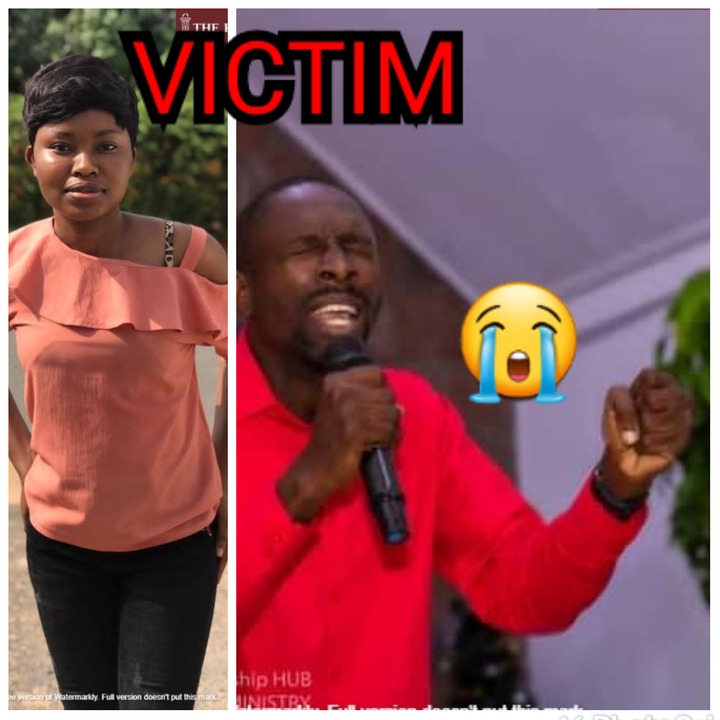 According to the investigative journalist for the Fourth Estate media outlet called Manasseh Azure Awuni, a Ghanaian Pastor by name Prophet Faith Amevor was unlucky as he got himself into the Q-net scam.

Manasseh Azure Awuni who sent investigators to neighboring cote Divoire brought some shocking news. He reported that, Prophet Faith was told to deposit a huge amount of money so that Q-net agents will take him to Europe. They lied to him that, he was going to work with DHL.

After abandoning his Church, Prophet Faith was sadly Flown To Cote Divoire. They lied to him that his documents will be processed for him. However, his final task with Q-net was to lure and bring another person to replace him in cote Divoire as he leaves for abroad.

Prophet Faith Amevor managed to lure one chorister of his church called Grace. He lied to her that he Have secured a job for her abroad. However she will have to pass through cote Divoire for further documentation and departure.

The innocent girl who was engaged in petty trading in the Volta Region had to scout for money. Prophet Faith had told her that, she will need only 6000 Cedis for the journey because the company will pay her travel cost.

After arriving in cote Divoire through unapproved routes because of the closed boarders, Grace realised that she has been scammed. In cote Divoire, her phone and documents were all taken away from her.

She managed to escape after sending an SOS message to her family in Ghana. Prophet Faith had begged her not to reveal the truth behind the Q-net scam as he is still living in cote Divoire.

Back at home in Ghana, government arrested many Q-net agents who have been defrauding innocent people. What marvels the family members of Grace is that, they don't know why government hasn't liased with their cote Divoire counterparts to arrest those behind this whole scam. As they have their root in cote Divoire.