By K.TeeDeWriter (self media writer) | 2 months ago 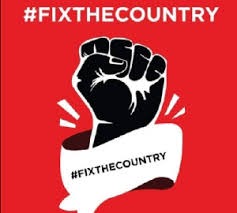 In session was the famous #fixthecountry nationwide demonstration which took place at the independent square and some of the incidents that took place were above what some of us could expect.

Today's protest will go down in history as one of the most patronized demonstration likely to compete the famous "Ku me preko" and "let my vote count" demonstrations. With an initial low turn out, the crowd dressed in red and black apparel were seen joining the feed from all angles. And in no time they all converged at the independence square where the leading conveners of the #fixthecountry# campaign were to address them.

People thought as a staunch Christian, the leaders will opt for a Christian prayer before the actual event, but to the surprise of many Captain smart initiated the occasion by pouring libation to the gods of the land invoking the ghost of Kwame Nkrumah upon him. 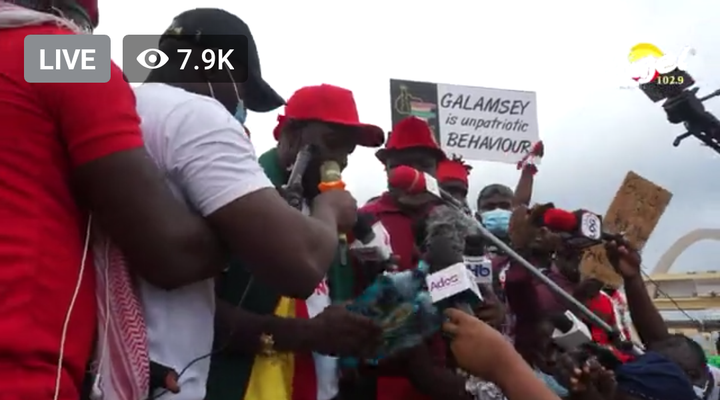 This was the same person who is known not to joke with his Christian virtues as described by people who knows him personally. Regardless of the fact that his church authorities may be watching, he held in his two hands, two separate bottles of schnapps and poured the libation like no one's business.

Now the question people would ask is was captain doing so just for doing sake or he really understood the act and the consequences that follows? Send your views and comments at the comments section below and don't forget to share to others.