Trouble: Muslims Declare Twene Jonas Wanted All Over The World 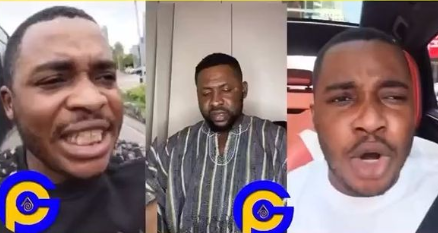 The sensational social media commentator by name Twene Jonas has been declared wanted by Muslims across the world for making disrespectful and profaning the name of Prophet Mohammed and the Islamic Faith.

According to reports, Twene Jonas after chieftancy pursues by Ashantis for speaking ill of the Asantehene has just dropped himself into a hot religious battle as he is been declared wanted by Muslims across the world.

Twene Jonas allegedly offended the Muslim community after verbally insulting the founder of Islam Prophet Mohammed in one of his unusual rants in social media.

These allegations that Twene Jonas have insulted Prophet Mohammed has been described as a big “Haram” thus he needs to atone to his choice of words. 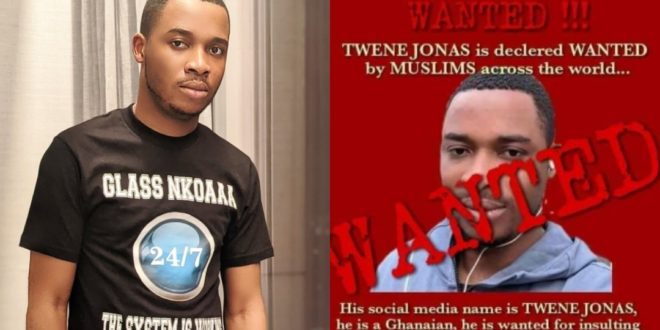 According to a short video he dropped on social media, he spoke against the beliefs of Islam saying that just like all other religious faiths, Islam is also useless from his personal perspective.

The Muslim community in Ghana after being informed about this video by Jonas, also released another viral video expressing displeasure saying that the social media commentator has brought the name of Prophet Mohammed and the Islamic faith into disrepute.

A holy war known in Islam as "JIHAD" has been declared on Twene Jonas all over the world. So Twene Jonas has moved from the clutches of only Ashantis to that of the entire Muslim world.