After 100hrs Prayers and an Encounter In His Dream, a Lighthouse Church He Pastors Began To Explode

By VerseTwo (self meida writer) | 24 days

A Bishop of Lighthouse Chapel, Bishop Frank Otchere, who was posted to the country of Mozambique by his spiritual father, Bishop Dag, has shared secrets that opened up the realm of the spirit, to ensure that, his church is a mega church. In a post on Facebook, he wrote on "MY MISSIONARY STORIES, DO YOU HAVE SPIRITUAL WEAPONS?" 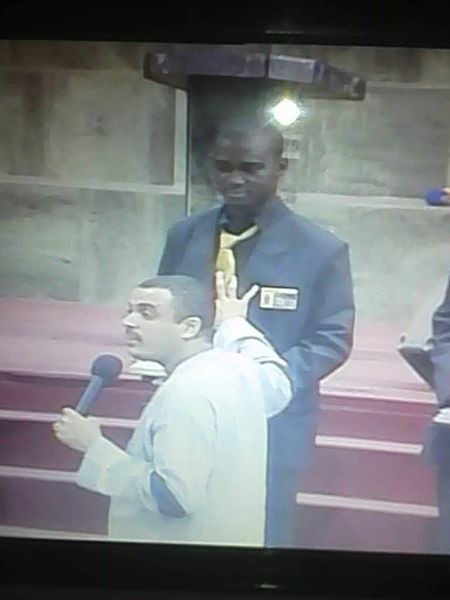 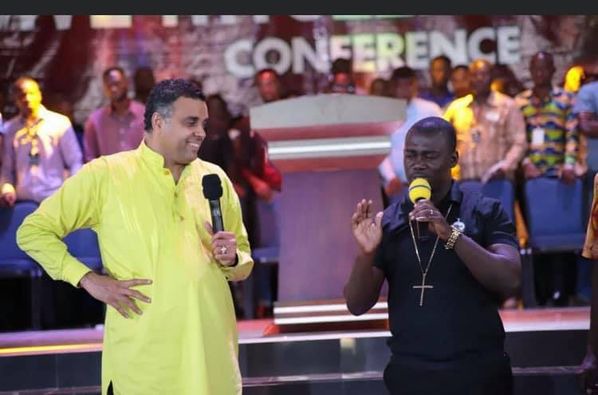 He writes "The devil is against anything that has God in it. Jesus said, “I will build my church and the GATES OF HELL shall not prevail AGAINST IT. If you don't understand the place of the gates of hell against the church you can never build a great mission church for the Lord.

I remember watching RAMBO 4 by Sylvester Stallone. John Rambo was living peacefully in Thailand capturing snakes and transporting people in cargo in an old boat when a group of Christian missionaries asked to be transported to the war zone in Burma to help free the locals. John Rambo asked the leader of the missionaries, “DO YOU HAVE WEAPONS”? Her answer was NO. Rambo then said to her, “THEN GO HOME, YOU CANNOT CHANGE ANYTHING”. 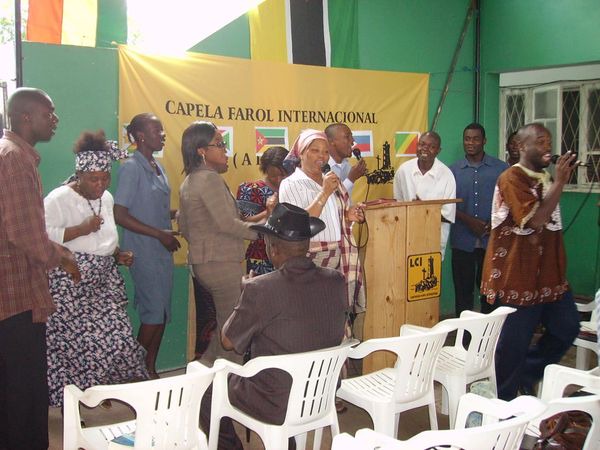 His First Service in Mozambique

THE MISSION FIELD IS A WAR ZONE and until You employ the consistent weapon of PRAYER AND FASTING you cannot change anything. Without these weapons you may easily find yourself becoming a CAPTIVE instead of a CAPTOR. If you cannot discipline yourself to spend more hours in Prayer and fasting on the mission field you are likely to be very frustrated and eventually fail. And you can easily become a victim of the enemy.

Before my spiritual father ( Bishop Dag Heward-Mills ) sent me to Mozambique he made me to spend 100 hours of prayer before I finally arrived on the mission field. He had taught me to start the mission by laying a foundation of prayer and fasting for 3 weeks as soon as I get to the mission field. I quickly started that the next day after my arrival in Mozambique.

One of the days whiles in prayer, I suddenly found myself in a place under the earth and saw 3 elderly people, very old but pretty. They identified themselves as the custodians of the land I have come to and that I am not permitted to stay here. They said to me that they had been here for more than 1000 years and so I must go back to where I came from because they will fight me if I don’t leave their land. 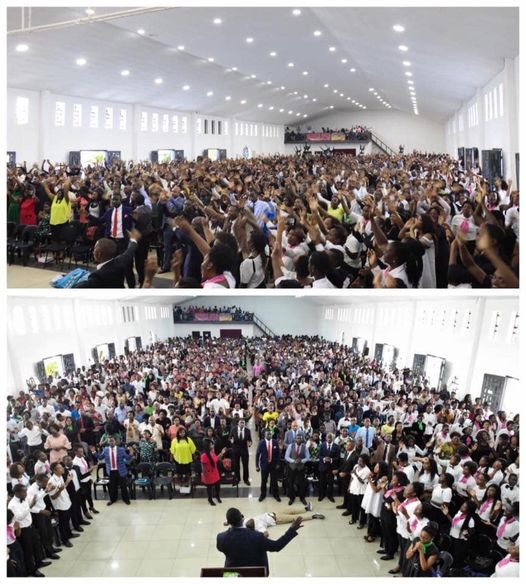 The Church in Mozambique today

I was shocked but also very excited after this encounter. I knew that my presence had been felt by the principalities of the land. I knew the strongman to bind so that I can keep my goods in peace. Since then till now I do spent countless hours of prayer alone and sometimes with others all the time. I spend most of my time on the mission field in prayer, at least not less than three hours everyday.

I have had different spiritual and physical attacks on the mission field just because I am a threat to the powers of darkness on the land. No calling goes unopposed. One night my wife woke e up around 2 am and saw some witch-doctors in front of my gate casting spells and charms inside my house.

She hurriedly woke me up to see. When I saw them I told my wife to never waste my sleep next time when she sees such people. For If God be for me who can be against me. I didn’t waste my time to pray about them. I went back to sleep. When you are conscious of the presence of God, You shall fear no evil.

CONQUER FEAR AND EVERY OPPOSITION AGAINST YOU ON THE MISSION IN PRAYER. The difference between a SOMEBODY and the NOBODY is the enemy they chose to conquer. What will move you from OBSCURITY INTO SIGNIFICANCE is the enemy you conquer. The first Enemy to conquer is “YOURSELF”.

Learn to deny yourself from the comfort of IDLENESS, LAZINESS, SAFETY AND LACK OF SPIRITUALITY and SPEND MORE TIME IN PRAYER AND THE WORD AND YOU SHALL SOON MOVE INTO SIGNIFICANCE.

Dear child of God, your enemies will soon find out that the finger of God is upon your life. After they have done their worse over your life to destroy and to afflict you, you will still be waxing strong and multiplying in grace. The enemy is afraid of the grace of God upon your life. He is afraid and disturbed at your increase and multiplication. You are a threat to his kingdom. Therefore, he will conspire and use every foul means to afflict you and to make your life bitter. When Pharaoh, the king of Egypt saw that the children of Israel were fruitful, and increased abundantly, and multiplied, and waxed exceedingly mighty; and the land was filled with them, he conspired against them to afflict and bring them down but the Bible says THE MORE THEY AFFLICTED THEM THE MORE THEY MULTIPLIED AND GREW, AND THEY WERE GRIEVED BECAUSE OF THE CHILDREN OF ISREAL ( Exodus 1: 7-12 ). Grieve shall be the portion of your enemies.

Your enemies will soon find out that they can not curse whom God has blessed , uncalled whom God has called, demote whom God has promoted , bring down whom God has exalted. He will employ his human agents (taskmasters, Herods, Jezebels, Delilah's, Sauls, Judases ) to use his deadly weapons of accusations, lies, temptations, slandering and wickedness to oppose you BUT FEAR NOT, GOD IS WITH YOU AND HE HAS MADE YOU AN OVERCOMER. HIS GRACE IS SUFFICIENT FOR YOU.

The enemy is not worried about where you are today but where you are going tomorrow. He can see multiplication and increase in your future. He can see you inheriting your promised land. He can see you bringing deliverance to the captives and bringing light to them that sit in darkness. He will do everything to oppose and stop you but satan is a liar. He has failed already and he will fail one more time in your life.

He has tried it before and lost completely. You may be down today but he can’t keep you down forever. They may envy you, accuse you and nail you to the cross like they did to Jesus. They will call the world to mock at your nakedness and eventually bury you in the tomb of loneliness and rejection BUT YOU WILL COME BACK ALIVE IN GLORY AND IN BEAUTY IN JESUS MIGHTY NAME! AMEN! Hallelujah!

THE EGYPTIANS WHOM YOU HAVE SEEN TODAY YOU SHALL SEE THEM NO MORE ( EXODUS 14:13 ).

THOSE SEEKING FOR YOUR LIFE SHALL NO MORE BE FOUND ANYMORE ( MATHEW 2:20 ).AMEEEEEN! 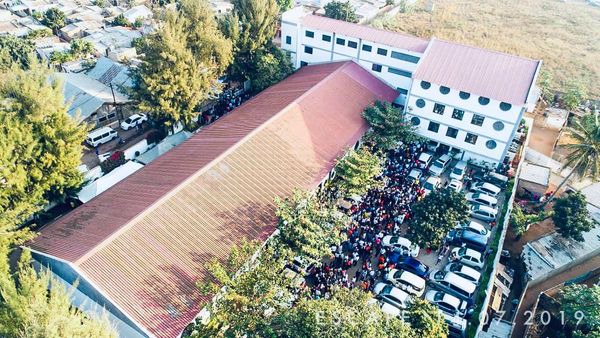 The Main Cathedral in Mozambique Now, and he also heads 100's of satellite branches, under him as Bishop