The Holy Qur'an warns the sarcastic of their gloomy fate, and cautions them about the results of their evil actions. It is written in the Qur'an: “Woe to every slanderer, defamer.” 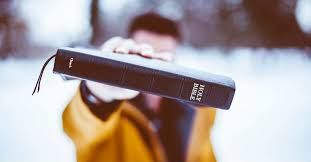 Islam deems it obligatory for all Muslims to observe the rules of manners and good conduct so as to preserve unity. Islam also forbids slander and sarcasm in order to avoid dissension and the weakening of brotherly relationships. Therefore, it is the duty of every Muslim to observe the rights of others and to refrain from insulting or humiliating them. Imam al-Ṣādiq said: “A believer becomes more reassured near another believer than a thirsty man does when he finds water.”

Imam al-Baqir said: “It is enough of a fault of an individual to note the faults of people and ignore that which he suffers from, criticize others for something that he himself does or to hurt an intimate friend with that which does not concern him.” Their grandfather, Imām 'Ali said: “Avoid the companionship of those who search for people's shortcomings, for their companions are not safe from their plots.” Although it is part of man's nature to refuse criticism, one should be attentive to constructive criticism. It is under the shadow of constructive advice that we are able to prepare the elements for advancing ourselves, if Allah wills. 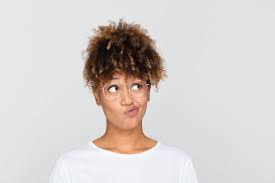 The Commander of the Faithful reminded us of the above-mentioned fact when he said: “Let the closest to you be from among people who guide you to (discover) your shortcomings, and aid you against your own wrong inspirations.” The following is from Dr. Dale Carnegie's book, How to Win Friends and Influence People. We must listen to criticism and accept it for we should not expect two-thirds of our actions and thoughts to be accurate. Albert Einstein admitted that ninety-nine percent of his ideas and conclusions were false.

When someone wants to criticize me, I find myself being defensive without even knowing what he wants to say; yet, when this happens I We all prefer praise and glorification and refuse later resent myself. Reprehension and criticism without observing the degree of appropriateness and accuracy of any of these comments. We surely are not the children of proof and logic but the children of feelings. Our minds become like sailing ships which are tossed around by the waves of feelings on a dark sea. At the present time most of us are self-confident, but in forty years we shall look back at ourselves and laugh at our actions and thoughts.

Imam 'Ali said: “He who searches for people's shortcomings should start with himself.” Dr. H. Shakhter has said: “Instead of objecting to the utterances or actions of others, it is better to reflect on your own problems and pains and if possible correct them. It is incumbent upon each one of us to reflect on our problems, discover our faults and shortcomings and solve them if we can.” Roshd-e Shakhşiyyat An ignorant person attempts to conceal his shortcomings instead of endeavoring to eradicate them. According to Imam 'Ali: “It is stupidity in a person which causes him to observe the faults of others and not notice that which is concealed of his own faults.” 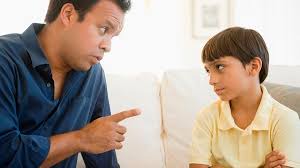 Dr. Auibuty has stated: “Because of our ignorance, we frequently ignore our shortcomings and conceal them under a veil of ignorance and unawareness so as to lure ourselves in this manner. It is amazing how people will try to conceal their shortcomings from the eyes of others without ever attempting to eradicate them. Yet, when one of their faults is revealed and they cannot conceal it, they create thousands of excuses to satisfy themselves and others. These people attempt to downplay the importance of their faults in the eyes of people, a seed grows to forgetting that as days go by the importance of such faults will become more manifest exactly become a mighty tree.”

Dar Jostoiy-e Khoshbakhti Studying the personality is the only accepted method by psychologists to diagnose and treat various illnesses. Imam 'Ali advised people of this very same method. He said: “It is incumbent on men of reason to pinpoint their shortcomings in religion, opinion, behavior and manners, and to gather them in their hearts or books and work on eliminating them.” Also according to a psychologist: “Sit comfortable in a quite room with a clear mind and ask your family not to let anyone bother you. The more comforting the place is and the more at rest you are the better it is: because what we intend to do requires a basic rule which is to allow your thinking to be disturbed by concentrating only on the main objective. Also, your body should not be diverted by your bodily needs.” Take with you some dark cheap paper and a p pen you can write with easily. 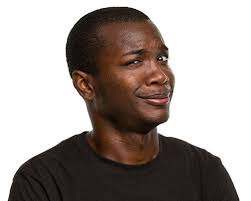 I mentioned dark cheap paper so as to allow you to use a large quantity without worrying about expense. I also mentioned an easy pen because you will be surrounded by thousands of spiritual and psychological factors when you study yourself, you will need a pen that will not distract you. which make a list of the types of feelings and reactions which you encountered in yourself on this day and the day before. Now review each one of them, think deeply about them, and write down everything that comes to your mind regarding these feelings without any reservations or limitations. Do not worry if it takes a long time.

When you have written all your actions, thoughts, feelings and reactions, bring to mind the instincts of self love, seclusion, conceit, etc. Now match every action or thought with the instinct which motivated it by asking yourself the simple questions: "Which instinct motivated this action or utterance?" The purpose of this psychological “self-analysis” is to allow the patient to change as much of his spiritual personality as his lively and constructive spiritual powers can by eradicating his psychological reactions and nervous states. This way he will consciously feel that he is a new person. Hence, he will realize new goals and meanings in life and be able to draw a new path in life for himself other than the previous one.

Couples, 6 Mistakes You Make After Lovemaking.

Where are the family members? - Ike sadly reveals what Funny Face needs at this trial moment