What Sin Did The Satan Commit; Unraveled Mystery

By ApMalachias (self media writer) | 1 year ago

DEMYSTIFYING THE MYSTERY OF SIN “But of the tree of the knowledge of good and evil, thou shalt not eat of it: for in the day that thou eatest thereof thou shalt surely die.” Genesis 2:17 KJV

The concept of sin for the average believer is poorly understood especially in this end time and this piece of writing seeks to unravel the mystery of this all important subject. On a normal day, this isn’t a topic for me; I mean I would rather teach on life in the Spirit.

A look at Gen 2:17. This can also be rendered as:” ... for in the day that thou shalt (sin), thou shalt surely die”. God did not say “sin”because at that time, man did not know what sin was, but all the same He warned man about the consequences of sin; disobedience. Also read Ezekiel 18:20.

Watch this, before chapter 4, man had already fallen through disobedience working on the wheels of misinterpreted version of the Word of God.(Gen 3:4,5). It is amazing to learn that, ‘the tree of life’ stood in the same garden with ‘the tree of knowledge of good and evil’ but man chose the later and disobeyed the Word of God in the process. First point, as you grow in the Lord, you measure sin (hamartano) by ‘ disobedient to the Word of God. What did God tell you? 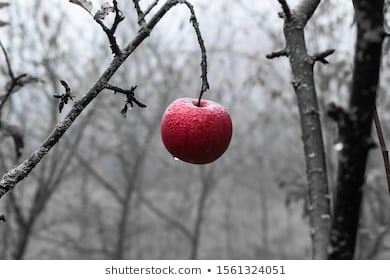 The evolution of the sin in the Garden

Exactly what did Adam do? Or what sin did the devil commit to start with?

Well, some say pride; others say disobedience, some even say it was an evil thought etc. Well, if it were pride or disobedience, God would have forgiven him perhaps,because, He forgives us when we do. The specific act of sin is a mystery but one thing for sure is that, the devil invented an abomination in which all manners of sin exits. It became his nature. Sin became his preoccupation and his form.

In fact [2Thess 2:3 ]talks about the man of sin, the son of perdition who would come before the coming of our lord Jesus. Sin will become a man and then we will have a proper understanding of the concept. I pray you would have been taken away by rapture before this day. The man of sin is not satan himself. That is another manufactured product of the devil. And this is the kind of man he wanted to turn Adam into. Well he almost did but God loves man so much, even more than your imagination would allow.

Adam took the nature of the devil ( fallen, damned, separated) into himself when he sinned in the garden. And in that single act of sin,all these sins were activated and even the ones that are not mentioned plainly in the Bible. There are in fact more than hundreds of sins that only the Holy Spirit teaches. Remember Adam did not kill but that was activated; he did not fornicate but that too was activated, he did not lie but that was also activated. So he activated all these many sins including death. Actually death thrives on sin.

“The sting of death is sin; and the strength of sin is the law.”

Content created and supplied by: ApMalachias (via Opera News )