By Fready (self media writer) | 4 months ago

So we learned from the last episode that not knowing the secrets about something is occult. We know that the word occult is a relative one and can be used for general purposes. An occult can be simply termed as anything said by someone encoded in secrets that you do not know or understand. Once we make mention of secrets, we know this is occult. So members of an organization are not occult but rather the people outside the organization see it to be occult. Members of that organization are rather called cult members. Let me use myself as an example, I am a member of a church called Crystal Palace Prophetic Gathering. I see my fellow members as cult members. Now a church like Lighthouse will see my church as an occult because they do not know what goes on there. Worldly people will also see my church as an occult because of the hidden secrets. There are certain things my church does which might differ from other churches. To these churches, we are occult. Those outside the cult [church] see the cult members [church members] as an occult. 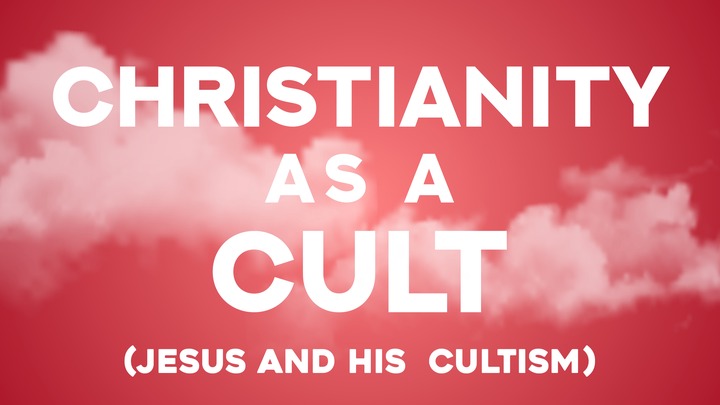 The first occult is God [Deuteronomy 29; 29]. From this, we know that all secret belongs to God and that He is a secretive entity. [Isaiah 55; 8-9] God has His own thoughts and these are secrets known to Himself. But get this right, in the secrecy of God, He gives honor to those who search out those secrets. [Proverbs 25; 2]Though God loves keeping secrets, it is His desire for his children to decode these mysteries. So unbelievers see God as an occult because they do not know His secrets but believers are still searching to know who He is. So we have now established that God is the first occult.

I defined earlier that occult is termed as anything said by someone that is encoded in secrets. Jesus spoke to people in parables. These parables contained information but were encoded. These parables of Jesus Christ cannot be understood by taking them literally because they were more than wise sayings. These lessons were encrypted in story modes. You need to meet Jesus personally to be able to understand what these parables meant. So to the multitudes, Jesus was an occult, but to the disciples, He was a cult. He was publicly an occult but privately a cult to His disciples. This is because the disciples of Jesus were always with Him, and He explained to them the secrets of those parables. Nicodemus came to Jesus one night to know of these secrets. This means the teachings of Jesus to the public were occults [that is secrets that got them confused] but Nicodemus met Jesus as a cult so he would be thought to understand the things Jesus thought. Nicodemus meeting Jesus helped him to cultivate what he was looking for. So we can also establish that Jesus Christ is the biggest occult because His teachings were hard to the public [John 6; 60].

We now see why Jesus was termed occult to the public but a cult to His disciples. Also why God is a secret entity. We will talk later about the occultism of the Bible. Why believers do not see the Bible as a cult but as a vessel to cultivate them. What at all is the Bible we carry always. The next episode will throw more light on those and more. We aim to bring the word of God closer to you.

Content created and supplied by: Fready (via Opera News )

Layers Or Broilers?: Which One Is Most Profitable