By AbdallahAdam (self media writer) | 1 month ago

Our Christian friends may be surprised to know that Jesus figures pretty prominently in Islamic tradition. He's mentioned around 25 times in the Quran and that's by name only. There are many other references to him in the Quran. Let's talk about Jesus as Messenger, Jesus as Messiah, and Jesus as Miracle Worker. 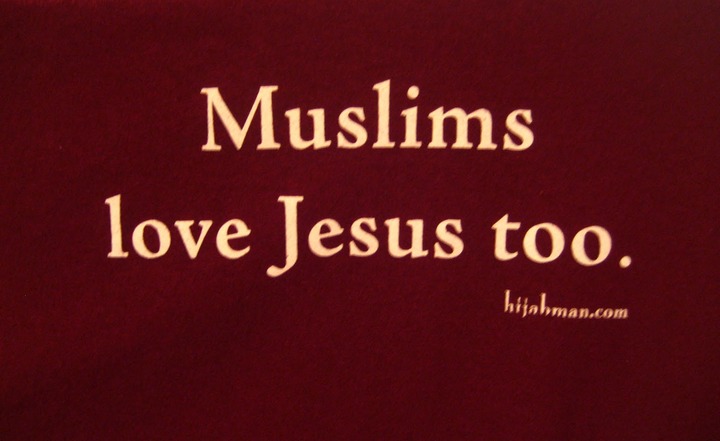 “Messenger” corresponds to the word “rasool” in Arabic. The Prophet Muhammad, peace be upon him, is a messenger - he’s a rasool. There are many prophets in the Quran, mostly all of the prophets of the Hebrew Bible with some exceptions, but not by exclusion. Some prophets in the Bible, like Abraham, Moses and Noah, are mentioned by name in the Quran as well. In addition, around 144,000 prophets are declared in Islamic tradition. Of them, a few are designated as messengers. So, being a messenger is a high distinction and Jesus has that designation as a messenger. He's a rasool, as opposed to just simply a prophet.

The text that Jesus brought is also mentioned in the Quran. It's referred to as the Injeel, which seems to correspond to the English word “gospel”. So Jesus, on whom be peace, is very important as a messenger of God. He brought a message from God for the people, such that if people were to follow that message, they would have eternal bliss in Paradise forever with God. Even more than that, among the messengers, some are said to have a special distinction. They are persons of great determination from among the messengers. Five of them are known in Islamic tradition, and Jesus, on whom be peace, is one of the five.

Jesus faced a lot of opposition and enmity, to the extent that from the Quranic point of view, his enemies wanted to crucify him. The Quran says that they boasted that they crucified him, whereas "they killed him nor did they crucify him". For him to face all of this opposition means that he had great determination to continue his mission and preach despite the heavy odds against him. Even more so, the Quran refers to him as “among those who are close to God”. Now, angels are close to God, and to describe Jesus in this way means that Jesus has a very high station in the Quran and in the eyes of God.

Jesus is referred to as Messiah in the Quran in a different way than Christians think of the Messiah in the Bible. Let's think about the Christian understanding first, because it historically happened first, and then Islam entered the scene and used terms and references that somewhat relate to what Christians already believe. Some Christians have the idea that Jesus, on whom be peace, was the Messiah. You might ask yourself “where does that idea come from?” That idea comes from the Old Testament. In the Old Testament, whenever a judge or a king was inaugurated in office, their heads were anointed with oil. This is a kind of crowning. They are publicly declared to be in an official position in service to God. The Bible in Isaiah 45:1 even refers to a certain Persian king, Cyrus, as being God's Messiah because he performed a very important role in rescuing the people of God from the exile that they were in, the Babylonian exile. So, that means the title Messiah by itself does not tell us that the person so designated is any more than a human being. In fact, there have been many messiahs in the Old Testament.

The Old Testament speaks of a messianic age, a time that will come when there will be peace. It is assumed that a person will govern the people of God at that time. That person can be referred to as the Messiah, though the Old Testament does not use this term “hamashia”, the Messiah, with the definite article in this way. Christians came to believe that Jesus, on whom be peace, is that person ushering in the messianic age. He is therefore the Messiah. The term, the Messiah, is then an anglicized version of the more difficult “hamashia”, which Semites are able to pronounce. To complicate matters a little bit further, if Messiah is the Hebrew term now brought into English, when the New Testament was written in Greek, the term there for Messiah was given in Greek, and in Greek is “Khristós”, and that too is difficult for us English speakers. So we modify it to the term, the Christ. Jesus came to be known as the Christ, which means the Messiah.

Now, let's turn to the Islamic tradition. In the Quran, Jesus is declared in Surah 3:44 onwards in the story of Mary and Jesus to be the Messiah, al-Maseeh, in Arabic. You can hear it sounding almost like “hamashia", "al-Maseeh”. “Ha” in Hebrew is the equivalent of “al” in Arabic, which is a definite article like the “le” in French. In subtracting the definite article, Mashiah, you can hear the similarity to "maseeh". The Arabic word “maseeh” seems to refer to the same concept and the same Hebrew term.

Muslim scholars have tried to explain it from the point of view of Arabic etymology. They have come up with suggestions such as “mesaha”, which means to touch, to anoint, or to wipe. They suggest that "al-Maseeh" comes from that word and it's a reference to Jesus healing people by his touch. They also related it to travel. They thought that maybe this means that Jesus was a frequent traveller and he met long distances, perhaps on foot. Yet, none of this seems to tie in with the history that we have just described and the use of the term in the Bible and by Christians before us. So, the best explanation might be that the Arabic term al-Maseeh, which means simply the Messiah, is a reference back to the Hebrew term “hamashia”, which is known also as Messiah and Christ from the Greek.

The fact that Muslims recognize this important title for Jesus, even though there is some discussion here about what precisely it means, shows some confluence between the Muslim and Christian faiths. Our Christian friends think that this is one of the most important titles for Jesus. They want to know if we recognize Jesus as the Messiah. Muslims can say yes. That alone is an aha moment! This is especially so because one of the age-long disputes between our Christian and Jewish friends is that Christians proclaim Jesus as the Messiah, whereas our Jewish friends generally say that they're still awaiting the Messiah to come in the future, who they do not think to be Jesus. This is Christians acknowledging Jesus to be in the Messiah, Jews saying, no, he is not, and Muslims coming in and saying, but yes, he is. So, that's an interesting point of similarity.

It might be surprising to many of our Christian friends that the Quran not only mentions Jesus many times but also tells us about the miracles of Jesus. The Quran doesn't mention that he walked on water, but says that he raised the dead, healed the blind, cured the leper, and so on. The Quran even mentioned some miracles which are not mentioned in the Bible.

This shows the Quran's appreciation of Jesus and the affinity that can exist between Muslims and Christians. Muslims have high regard for Jesus to the extent that we acknowledge in the sacred scripture of Islam the fact that Jesus performed these wonderful works and mighty miracles.

So, we may not see Jesus in the exact same way that Christians do, but we love and revere him. This should make it easier for Muslims and Christians to be in dialogue with each other and better appreciate each other.

Content created and supplied by: AbdallahAdam (via Opera News )