From A Naughty Boy To A Lighthouse Church Pastor, As Bishop Dag Trumpets This Testimony

By iNewsCorporation (self media writer) | 25 days ago 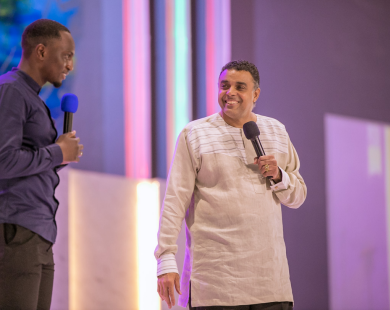 Bishop Dag and the Lighthouse Churches he founded, have been in the news most recently, on a relatively contoversial issue, but it can in no way discredit their impact, in the lives of many and in ministry generally, even beyong the borders of Ghana.

So here is one such beautiful stories of impact and transformation, as shared by Bishop Dag, on his official Instagram page, as he intimated simply that:

"We must never forget that soul winning is our chief task. It should be the primary focus of every church. That is the Great Commission given to us by Jesus. Be blessed as you read the testimony of this young man Emmanuel Bockarie who has been saved by God’s grace and mercies. …. for this son of mine was dead and is alive again ...(Luke 15:24).

Only God could have done this!" he posted. 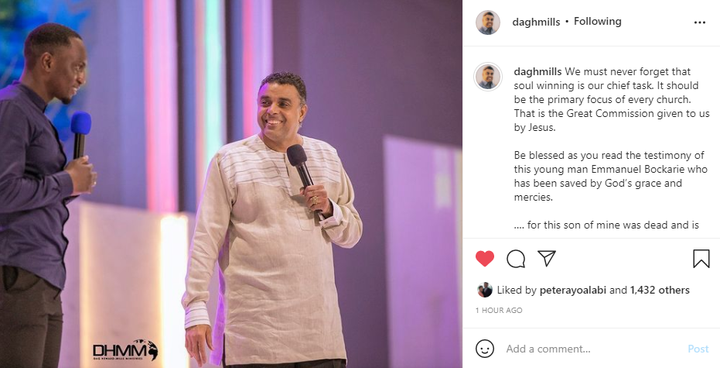 Well, Emmanuel Bokarie was born in Freetown, Sierra Leone in the year 1993. Two years before his birth, the Sierra Leonean civil war had began and eleven years down the line the once beautiful, diamond rich Sierra Leone was left desolate, bleak and in shambles.

Just like Moses, his parents, determined to preserve the life of their precious baby at all cost, sought refuge first in a camp in The Gambia until a great door opened for them to move to the United Kingdom.

Emmanuel started off as the apple of his teachers’ eyes, their prized student, the one destined to make their school a shining star, until evil company set in. Evil company the Bible says corrupts good character (1 Corinthians 15:33) and slowly but surely the one time ray of hope became a scallywag.

In grade six, he was branded by one of his tutors as the ‘worst pupil’ the school had ever encountered. Disobedience, rebellion, fighting, smoking weed, drinking, robbing shops among many other vices became his lifestyle.

Emmanuel’s encounters with the police became so rampant that one time while under arrest, another police officer found him at the police station to arrest him on a different charge. Due to his notoriety he had to be electronically tagged so his movements could be monitored by the police.

At the age of 15, things totally went south for Emmanuel as he started to get involved with girls. All these experiences turned Emmanuel’s heart away from the Truth. But one day, Emmanuel had what he thought was an ordinary encounter with a friend. Little did he know that this was going to start a series of supernatural occurrences in his life.

This friend said to Emmanuel; ‘come with me, let’s go to church’. He turned down this request so many times till one day he gave in and visited the church, The Mustard Seed Chapel International (MSCI) headed by Rev. Steve, one of the many branches under the United Denominations founded by Bishop Dag Heward-Mills. He instantly fell in love with the church, and the sermon, how it made his heart burn. 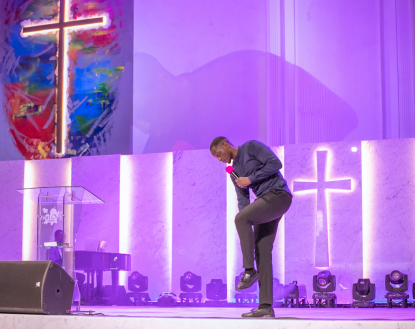 But that serpent of old who is called the devil and Satan, who deceives the whole world kept him entangled. He could not let go of his friends and his previous life. Consequently, he got into trouble with the police once more and this time he was accused of sexual assault. He would have faced a likely six year term in prison if found guilty.

It was during these trying times that Emmanuel encountered the prayers and podcast messages of Bishop Dag Heward-Mills. Faith came as he exposed himself to the preaching messages over and over again. He received supernatural strength and hope in that dark dungeon of despair and uncertainty. 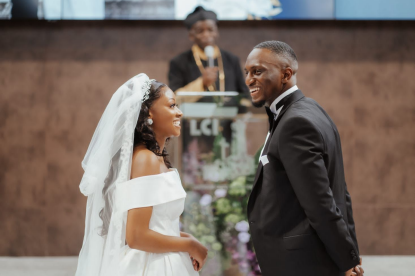 The continuous prayer and fasting of his pastors for his very life delivered him from the grips of the police. Alas, he was vindicated of all charges and discharged from police custody. That day, he decided… no more! No more fooling around, no more wasted years! I give my life to Jesus. Where He sends, I will go. What He says, I will do!

Today, the one time chain smoker and bandit who almost spent the better part of his life behind bars, is a Minister of the Gospel about to land the shores of Columbia. His mission; to rescue many who like the old him, have gone astray, to snatch them from the fires of Hell, to give them a future and a hope, to give them JESUS!! 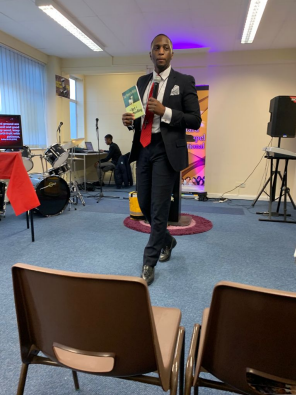