Facts to Know about Ewes, specifically the Anlos, check it out Yourself 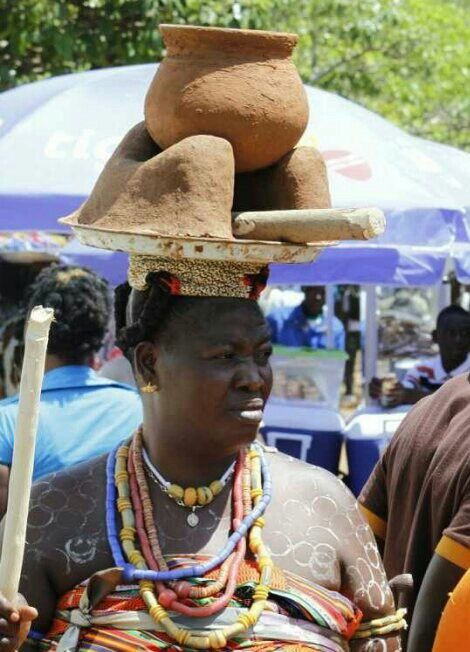 The Anlo-Ewe are a sub-group of the Ewe people of approximately 6 million people, inhabiting southern Togo, southern Benin, southwest Nigeria, and south-eastern parts of the Volta Region of Ghana; meanwhile, a majority of Ewe are located in the entire southern half of Togo and southwest Benin. They are a patrilineal society governed by a hierarchal, centralized authority. Their language (self-name Anlogbe) is a dialect of the Ewe language, itself part of the Gbe language cluster.The Ewe religion is centered on a supreme god Mawu and several intermediate divinities.Christianity has now been accepted in every part of Anlo Ewe land and with minority of the people still believing vodun beliefs. The vodun also known as part of the traditional religion is now becoming a previous religion. The youth of the community today accepting Christianity much more. However, those who still believe in the vodoo worship also believes their tradition is a factor that keeps integrity and probity while Christianity stands to pave way for integrity, honesty and probity to be washed away as years go by and it is for this reason they always do away with this Christianity when it comes to issues of accountability.

The Anlo Ewe people settled in the westernmost end of the region.It is thought they migrated to their present home from Notsie, Togo sometime in the later part of the seventeenth century. The move is said to be more of an escape than migration from a regime change in the city. Upon first arrival in Notsie, the current king, Adela Atogble, received them well, but after his death the successor, Togbe Agorkoli, ruled oppressively upon the Ghana Ewes. He ordered all elders to be killed. The King Agorkoli treated the people very badly. The city of Notsie was circumscribed by a large defensive wall which became a barrier to the Ewe devising escape. Upon consultation of the hidden elder, Tegli, the Ewe came up with an extravagant plan of escape. The people planned for the escape very well. For days the women of the group would moisten the wall in one place during their daily clothes washing activities. When the wall was weak enough, the plan then culminated in the gathering of all the Ewe, Tegli drawing the “Sword of Liberation” summoning the gods, and piercing the wall proclaiming, “O Mawuga Kitikata, ʋuʋɔ na mi ne miadogo, azɔ adzo” (Oh great God Kitikata, open the door for us so that we walk through). When they were escaping they walked backwards and separated, so that their King, King Agorkoli, would not trace or find them.

Most groups settled in villages in coastal regions of Togo, Benin, with some settling in south-eastern parts of the Volta Region of Ghana,many of which are associated with the slave trade that affected the Ewe populations. The Avenor Ewe settled to the north of the Anlo and are now to be found in Akatsi South District and Akatsi North District. A northern migration was the result of frequent slave raids and spread the Ewe people throughout southern Togo, southern Benin to south-western Nigeria. The shallow waters and many islands of Bight of Benin provided a safe-haven to all but the most aggressive slave traders. 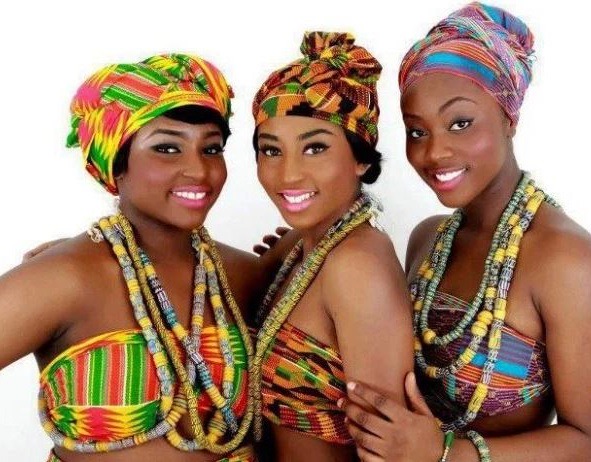 Traditionally the Anlo-Ewe have one supreme God Mawuga Kitikata or just Mawu. This god is believed to be all powerful and everywhere at once. There are no shrines or devotional ceremonies because of this omnipresent belief and instead the people practice religion through lower level divinities.[8] These include Yewe, Afa, Eda, Nana, and Mami Wata. The first two are the most popular, each having a membership initiation process to worship.

Yewe is the god of thunder and lightning. When members are initiated under Yewe, a Yewe name is given at a graduation ceremony. The person's old name now becomes taboo and if used, the speaker can be put in front of a council of priests to be sentenced to pay a large fine. 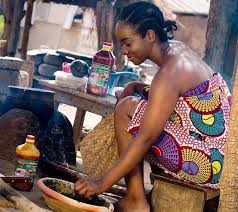 Afa is the astral god of divination, also the younger brother of Yewe. Members do not get new names and keep their birth names. Performances are at the forefront of devotional activities for Afa. Members and non-members celebrate Afa together; however, the non-member must wear white clothing and can not dance next to a member unless at a funeral. If these rituals are not followed properly, non-members are fined.

As elderly respect is in high regard in the Ewe society, funerals traditionally are extravagant events incorporating a multitude of events over a month's span:

Amedigbe: The body, previously preserved with herbs, is buried on this day usually two to three days after death.

Ndinamegbe: The day after burial principal mourners are received.

Yofogbe: The day after wake-keeping lineage rituals are performed. Family members of the deceased receive gifts and donations for funeral expenses.

Xomefewogbe: Several days after Akontawogbe a final cost of the funeral is calculated. If donations exceed costs, donations may be returned; if costs exceed donations additional sums may be raised.

Funeral donations are a main focus of ceremonies due to the high cost of an Anlo funeral. Costs include the coffin, burial clothes, public dances, food, alcohol, and provision of accommodations for distant guests.

In a more modernized and mobile society funeral ceremonies now usually take place over a single weekend, sometimes several weeks after death to allow for distant relatives to travel and allow for accommodation of employment or work.

Anlo-Ewe funerals are the most likely to involve colorful performances of dance and drumming groups. Lively and spectacular performances if the deceased was an honorable and involved member of the community. Sometimes distant family members may commission performances months after death if they could not be present at the actual funeral.