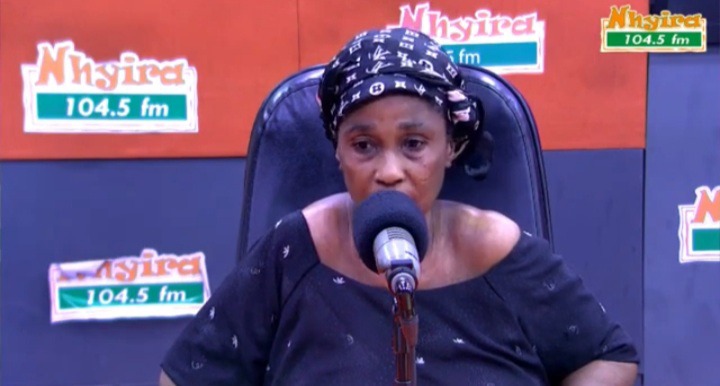 A 60-year-old woman called Abigail Osei Bonsu painfully narrates how her own daughter beats her after their pastor accused her of witchcraft. The woman said she struggled a lots to get proper care for her kids. But her daughter who has given birth to four children but life seems difficult came home one day with an annoying mood.

She confronted her about the cause of that but the lady beats her up and accused her of witchcraft claiming that it was their pastor who has revealed the truth about her witchcraft to her. Abigail said she felt bad about this accusation and even explained to her that that it is not true but she didn't believe her because of the life challenges she was going through.

Days later her daughter reggretted beating her in that manner so she asks for forgiveness from her. Abigail claims she forgave her daughter before she went back to her husband's house. A few months later the fell sick and was unable to eat, drink or do anything for herself. It was her husband who does the house hold chores for them Abigail continued saying that she rushed to her daughter's house when received information about her illness.

She was sad to see her daughter lying helpless and looking all pale. She cries the whole night looking at how the lady was unable to eat or sleep and also lost weight within few months. The woman said she immediately rushed her to the hospital for treatment, the physicians assisted her by giving her daughter the appropriate treatment she needed. They spent six months in the hospital before her daughter got well and was discharged from the hospital.

Abigail continued saying that when they got back home her started accusing her of being a witch. All the family members also believed that she is truly a witch and she is the cause of her daughter's illness which is not true. She tried to explain to the daughter and the whole family that she is not possessed but they keep ignoring her, even the younger ones in her community doesn't give her respect but used insulted her due to these accusations. Abigail is demanding justice to let both her daughter and family know that she is a witch.