Christianity is the dominant religion in Eswatini.[2] The relative prevalence percentages vary by source. According to Pew Research, over 88% of the total 1.2 million population of Eswatini express Christianity to be their faith, over 0.2% express no affiliation.[3] According to the US State Department religious freedom report of 2012, local religious leaders estimate that 90% of Eswatini's population is Christian, 2% are Muslim, while under 10% belong to other religious groups.[4] According to the CIA World Factbook, the distribution is 40% Zionist, 20% Roman Catholic, other Christians (including Anglican, Methodist, Mormon, Jehovah's Witness) 30%, 2% Muslim and 8% other religions (including Baháʼí, Buddhist, Hindu, indigenous, Jewish).[5] In other sources such as Clay Potts, the religious demographics are 80% Christian, and 20% Islam and Traditional Swazi religion.[6]

Anglican, Protestant and indigenous African churches including African Zionist, and Roman Catholics constitute the majority of the Christians in the country.[2] On 18 July 2012, Ellinah Wamukoya was elected Anglican Bishop of Eswatini; on 17 November 2012 she became the first woman to be consecrated as a bishop in Africa.[2][7]

The Constitution of the Kingdom, which went into effect on February 8, 2006, provides for freedom of religion. The Government respects freedom of religion.[2] As of 2012, there have been reports of societal discrimination based on religious affiliation, belief, or practice.[4] 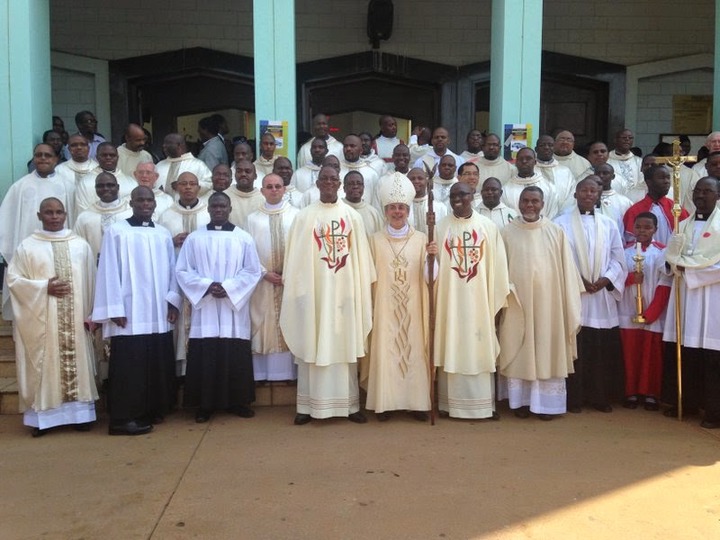